Green Day - How American Idiot Changed It All

With Green Day’s ninth album ¡Uno! hitting store shelves today, here at FemaleFirst we decided to have a look at the rise, plateau and rise again of Billy Joe, Tre Cool and Mike Birnt and how American Idiot changed it all.

Green Day throughout the 1990s had become one of the de facto names in punk, garnering critical success and great (if not headline grabbing) levels of success.

To this day, the band’s breakout success Dookie is still considered one of the best albums of the 1990s and has become an instant classic, having since it’s launch sold over 10 million copies in the U.S. alone and another 6 million worldwide.

While Greenday had risen to the top of the alt-rock/punk heap in the mid 90’s, the band had fallen out of the spotlight come the end of the decade and the turn of the millennium, with 1997’s Nimrod only just getting inside the top 10 in the States and 2000’s Warning getting a far more respectable top five spot, despite being another great album.

While both albums had breakout singles, with both Minority and Good Riddance both becoming big hits separate from their albums, neither record was able to reclaim the same zeitgeist creating effect as Dookie.

That all changed though with the release of a little record called American Idiot. Loud, raucous and travelling at 100 miles per hour, American Idiot hit the charts like a cruise missile.

The following album not only recaptured the same levels of buzz around Green Day, but positively made them instantly the biggest rock act in the world. Screaming in at number one in ten different countries and getting into the top fives of another eight.

Angry, direct and epic, the album was described as a ‘rock opera’. Needless to say, American Idiot more than lived up the tag, with brash, irate and openly political tracks like Holiday and the titular American Idiot mixing the frankly gargantuan Jesus of Suburbia, the heartfelt Boulevard of Broken Dreams and the breathtaking Wake Me Up When September Ends.

It sparked the band moving away from the short, sharp punk songs that had been their trademark to an almost more conventional style of 'emo' rock.

Not only that, but it turned Green Day from fan favourite and critical darlings into show-stopping monsters of rock. Now a worldwide phenomenon, capable of selling out stadiums single handed, Green Day had suddenly become superstars.

American Idiot also triggered the rise of similar bands, all willing to hop onto the same bandwagon and ride it all the way to the top of the charts. My Chemical Romance, Paramore and Fall Out Boy all benefitted massively from the new boom in ‘emo’.

While still a very, very good slice of rock, with the titular track and Viva La Gloria (Little Girl) especially being in the upper echelons of what was released in 2009, 21st Century Breakdown was perhaps a little too much, too soon and is a somewhat flawed album.

¡Uno! sees the band embark on a frankly unknown commitment, having already lined up a release schedule for both its Spanish monikered follow ups ¡Dos! and ¡Tre! With singer Billy Joel now having checked into rehab, those plans may be in doubt,  but if they can recaptured with the magic of American Idiot or go back to the days of Dookie or the often overlooked Warning, then we're all in for a treat. 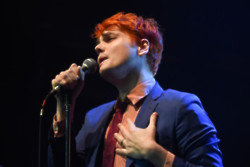 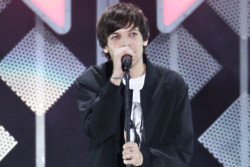 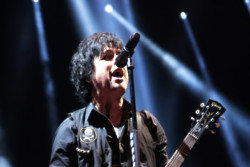