Female First can today exclusively bring you Fred Abbott's new acoustic video for his stellar track 'One Hot Night', taken from the deluxe edition of his album 'Serious Poke' (out now).

Following an immense set of live shows, including a night at Cornbury Festival and a support slot with The Zombies, along with sold-out headline shows in London, Abbott decided to get his band in the studio to record three live and acoustic videos for his deluxe record release.

Those new to Abbott's solo music may remember him from his time with Noah And The Whale, with the group picking up huge success since his addition in 2009.

Now though he's worked on new and exciting material with some very talented friends, putting out his album 'Serious Poke' after sessions at West London's British Grove Studios.

Co-produced by Fred with Martin Hollis, the album is available now along with the deluxe edition.

Abbott will continue to tour later this year, with the following three dates set for November:

Tagged in Noah And The Whale 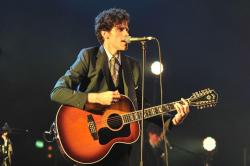 Noah and the Whale split

Noah And the Whale's New Album Signifies 'End of Adolescence' 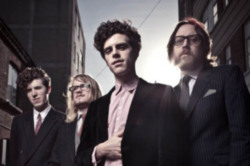