With October now over in what seemed to be a flash, I thought I’d take a look back at some of my top bands so far this year. Whether you’re a die hard fan of these bands or have never heard of any of them, I can guarantee that there’s a band for you included in this list or perhaps you’ll end up discovering your new favourite band? 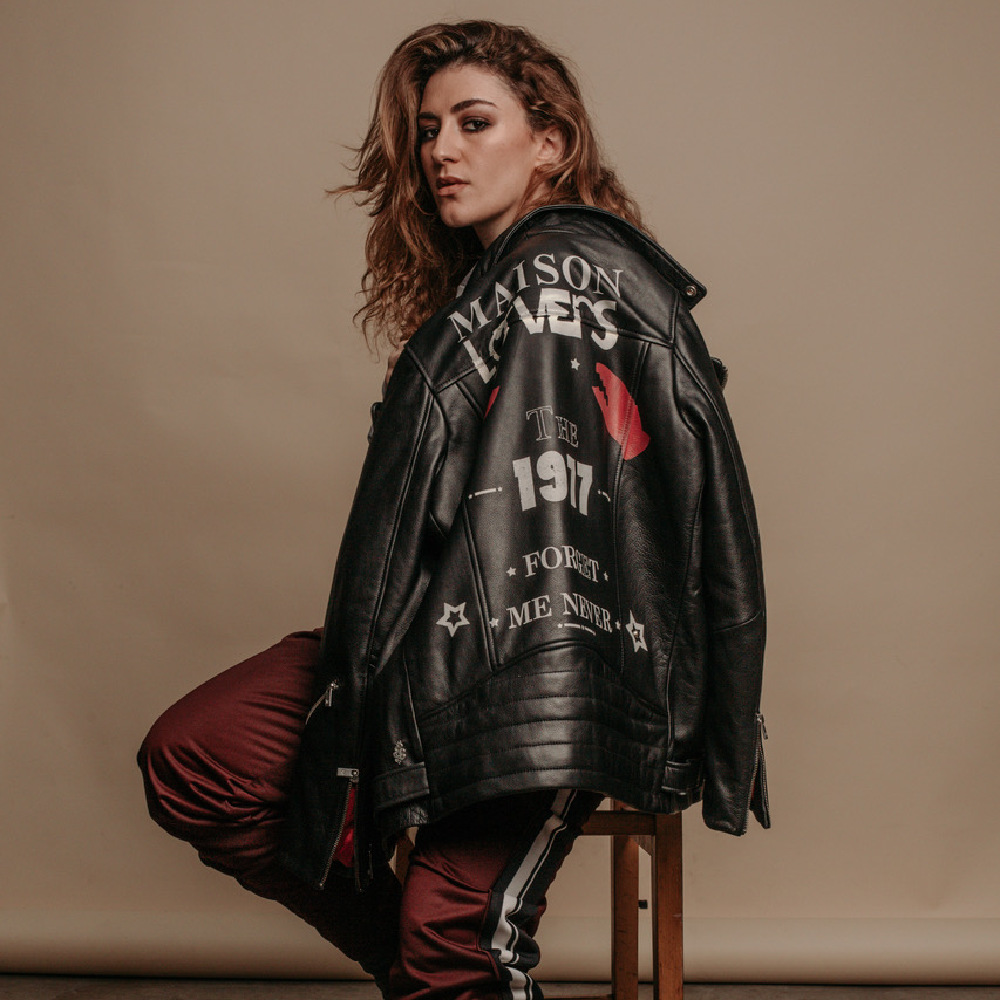 This thirteen piece self proclaimed boy band from America have been creating a tidal wave of hype surrounding them this year and have really quite taken the Internet by storm. Boasting a wide range of ethnicities and sexualities, this group have such a range of ‘back office' talent that it’s no surprise that their almost self sufficient in their management and creative direction. When you couple this with their drive and work ethic; it’s no surprise that they now have over 4 million monthly listeners on Spotify, a trend set to grow rapidly through next year.

What I especially like about this band is their essential bulldozing of what, traditionally, constitutes a ‘boy-band’ in the modern day music industry. The band have recently released their fifth studio album Iridescence (recorded in Abbey Road Studios) and are currently halfway through a tour of North America with more dates for 2019 set to be announced so be sure to keep an eye out for that!

This four man piece from Sydney, released their third full length studio album in June, the same week as Beyoncé and Jay Z. No one expected them to come out top on the charts but somehow they did. However, the commercial success of this band in 2018 doesn’t just stop there, the title track off their album ( a song never meant to be released as a single) was dropped on the 30th May due to a fan campaign online. Their fans are obviously clued up on what sounds good because since its release, ‘Youngblood’ has over 394,000,000 streams on Spotify and is currently in its fourth week at number one on US radio.

For these numbers alone, this band couldn’t not make my top 8. However, the more I delved into this band and their music, the growth these four men have gone through in the past two years alone is immense. Most bands that completely change their look and their direction of music all at once, often struggle to maintain the level of success they had before, let alone boost it. But their heavy touring to promote their music pre-release has really played to their strengths. I was lucky enough to catch them when they played HEAVEN in London this April, and the showmanship all four men possess is outstanding an experience I would highly recommend.

Tickets for their European leg of their Meet You There Tour are available at:

A quintessential indie-pop band hailing from Manchester, have been causing chaos for ‘conventional’ industry practice in the latter half of this year. All while churning out feel good anthems you can easily jam out to on a long car drive, or while having a relaxing bath. The band’s first instalment in their so called Music for Cars ‘era’ entitled ‘A Brief Enquiry Into Online Relationships’, is set to be released on the 30th November and judging by the success of the string of singles they’ve released thus far, I’m excited to see what this first instalment holds.

After spending a large proportion of time touring America during the historic Presidential campaign between Clinton and Trump, the band have developed a political voice not only through their music, but also through their own personal lives. This radiates out into their fanbase and furthermore, has now infiltrated their single releases to the wider public, particularly in their recent single 'Love It If We Made It’ and the accompanying music video.

Tickets for their upcoming 2019 tour are available at:

Panic! At The Disco

Now here’s a band that constantly seem to re-invent themselves with every album they release, also meaning that no matter what genre of music you’re most into, there’s an extremely high chance this band has something for you. They released their seventh studio album, Pray For The Wicked, in June this year and headlined festivals such as Reading and Leeds with an album blending jazz/swing with mainstream modern pop-rock.

Pray For The Wicked debuted at number one in the USA and in the Top Ten with the single ‘High Hopes’ regularly being featured on radio stations globally, in my opinion this is quite a feat for such a different sounding song too! Their frontman (the only original member left) came out as pansexual in the summer as well marking this year a milestone year for the band.

They are set to undertake a world wide arena tour in 2019 and tickets can be found at:

Leaving behind the western music scene entirely and taking a trip east, if you haven’t heard of k-pop sensation BTS then it’s time to get acquainted with them since they’re set to become the next big ‘sensation’. This year they fully broke into the US market, continuing their ‘Love Yourself’ era and followed the release of their album ‘Love Yourself: Her’ with two more full length studio albums ‘Love Yourself: Tear’ and ‘Love Yourself: Answer’. More impressively, all their songs are written and produced by the group so for the sheer amount of work alone this band put in this year, I think they’re very deserving of a place on this list.

In my own opinion what makes this group so interesting is how, on paper, their success would be expected to remain popular in South Korea and Japan. The group don’t look anything like a traditional western boy band (though certain fundamental elements remain), they don’t sing in English and only one member speaks enough fluent English to carry them through western press interviews and they are all insanely talented dancers (none of the cheesy dancing from boy bands like the Backstreet Boys).

Their messages through their music and to their fans speaks for itself, but to really drive home their message they teamed up with UNICEF this year on an anti-violence campaign and gave an address at the UN General Assembly!

You can watch their music video for ‘DNA’ here:

This British rock band had huge commercial success back in 2013-14, but shortly after took an extended hiatus. That was, until the band announced in April this year, that they were releasing an album entitled ‘Tranquility Base Hotel and Casino’ on the 30th May. I personally think that the drastic sound change from heavy guitar riffs and melodies to a much more laid back jazz-pop sound, driven by piano chords and soft vocals of lead singer Alex Turner, has really boosted their success.

The album went straight to number one and their comeback arena tour (including a four night run at the O2 sold out within minutes! If for some reason you’ve still not heard this record, I would highly recommend cozying up on a sofa one autumn evening with this album playing softly in the background as the best way to enjoy it.

Initially this band was set to release their seventh studio album in late 2017, after releasing a set of singles from it throughout the latter half of the year. However, due to final mastering and re-recording, the album was released right at the very beginning of this year on the 19th January.

Historically this band is a well known punk-rock band from America made popular during the late 2000’s, becoming the soundtrack to many people’s school days. But the dramatic venture into more electric and synth based rock this year, has helped to attract a new audience and ensured their continued relevance to today’s music scene.

The band have just finished their world tour this October, which included playing the likes of the O2 (UK) and Hershey Park Stadium (USA), as well as playing festivals from Rock In Rio to Headlining Reading & Leeds. If you’re looking for a fun and energetic night out with a charismatic and humoured band then this is the band to watch out for their next set of tour dates.

Now here’s a band that, until this year I had momentarily forgotten about. However, the release of their sixth studio album, ‘Red Pill Blues’ toward the end of 2017 inevitably meant that a world tour in 2018 was going to happen. Their shows in arenas and amphitheatres across the US meant they began to climb up the charts,  with the track ‘Girls Like You’ peaking at number 1 on the Billboard 100, whilst remaining in the top 5 on US radio consistently for most of the year.

For any band to have such an extended presence in mainstream charts in the modern age of music we are currently in, really is impressive and is one of the main reasons that I put the band in my list. In addition, the catchy guitar driven pop sound really puts me in a good mood whenever I put this album on and I can’t help but have a little bop and dance around my living room or kitchen.

Tickets for their remaining tour dates can be found at: 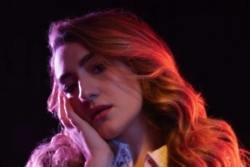 Behind-the-scenes with Giulia, on the set of her new music video 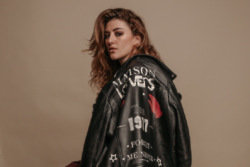