When music gets political: 15 timeless tracks about capitalism, commercialism and bureaucracy

Musicians express exactly what we're thinking in these iconic tunes.

With the future of Brexit still unclear following Theresa May's deal defeat, it's all the British public can think about. And while we'd much like to take our minds off it, this is the future of the country we're talking about after all. It's time to get politically inspired, and we have just the playlist to help. 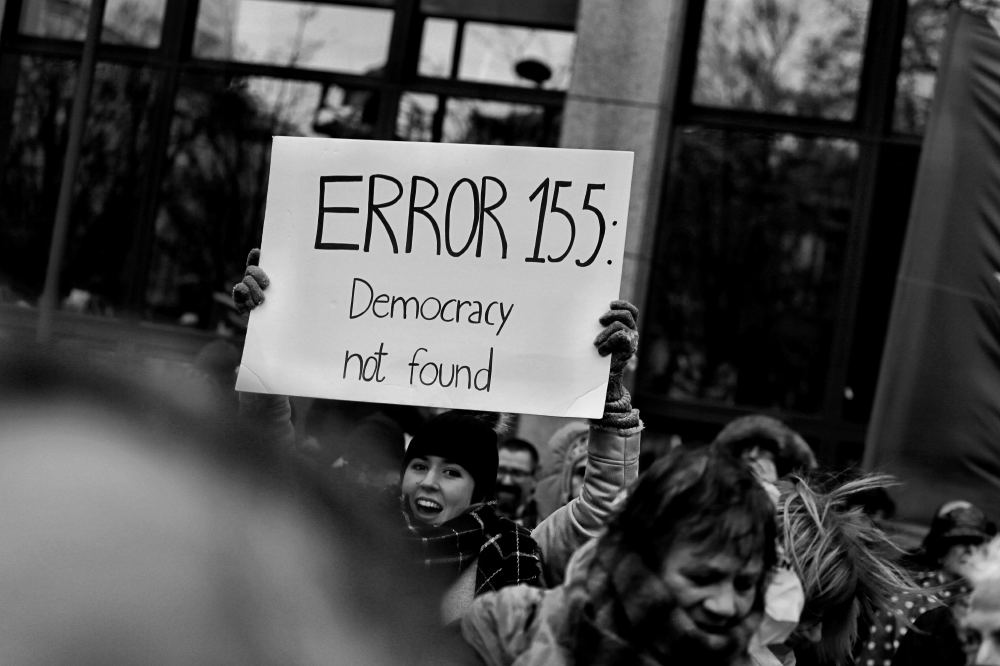 A charity single released last year as part of the Labour party political broadcast. All proceeds from the sale of the song went to Justice 4 Grenfell and the We Love Manchester Emergency Fund following the Grenfell Tower fire in London and the Manchester Arena bombing, as well as Solidarity Sports.

When it was first released back in 1976, anarchy meant little more than saying a few rude words on live television. The world has changed since then, but the political aesthetic of Sex Pistols changed punk itself forever.

While it's hardly lyrically groundbreaking, this energetic single from Slaves' critically acclaimed debut album Are You Satisfied? is such a brilliant modern-day punk anthem for all Brits - Londoners or not.

4. This Is America - Childish Gambino

He racked up 466.8 million views and won three MTV Video Music Awards for the iconic video for this number one single, which is currently up for four Grammy Awards. It deals with gun violence and mass shootings in the US with unapologetic vehemence.

Eminem's onslaught against Donald Trump was recorded as a freestyle rap ahead of the 2016 presidential election. At nearly eight minutes long, it's one of his longest tracks ever - and definitely one of his greatest.

Arguably Green Day's most iconic song of all time and the title track for their seventh studio album (and first mainstream number one). Who knew how appropriate this track would be 15 years on?

Taking Donald Trump's campaign slogan and turning it into what it really should be all about, these feminist rockers best known for their protests and activism pleaded with the American government to stop trying to block immigration with this brilliant number.

8. (I Can't Get No) Satisfaction - The Rolling Stones

As sexually suggestive as it might sound, the Stones' number one single from their 1965 album Out of Our Heads is largely about dissatisfaction with commercialism in society. It might not be such a big deal to write songs about such a subject now, but back then radios would barely touch it.

M.I.A. has had her fair share of controversial moments in her career, never being one not to speak her mind and this song was a tongue-in-cheek response to American stereotypes of South Asian immigrants. She once spent time on the US Homeland Security Risk List just because of her lyrics.

Post-Beatles, John Lennon went to number one again in 1971 with his album Imagine, featuring the insightful title track which has remained probably the most important song about peace of all time.

Bob Dylan was just 22-years-old when he wrote the lyrics to this 1964 hit - lyrics which are still fully relevant today. It's since been covered by numerous artists, and even appeared in the opening credits of Zack Snyder's 2009 film Watchmen.

12. Killing in the Name - Rage Against the Machine

The 1992 debut single of this nu metal band topped the charts in the UK in 2009 after fans campaigned to prevent The X Factor winner from landing the Christmas number one for the fifth year in a row. It's an important song about racism and police brutality, and very much deserved the top spot.

Released in 1986, Panic blasts modern pop music for its lack of relatability. It was apparently written following Morrissey's distaste that BBC Radio 1 followed up a report on the Chernobyl nuclear disaster with a jaunty pop tune.

Plenty of the reggae master's tunes have political undertones, but this single from his 1973 album Burnin' is truly inspiring. It was written following the Wailers' tour of poverty-stricken Haiti, and it was also the last song Marley ever performed on stage.

Sometimes music is criticised for being "too political", and this song - the first track from Skunk Anansie's second album Stoosh - is a direct attack on that idea. After all, all art is influenced by politics in some way, just as our own lives are.