"We want to learn and explore new territories on the way, and try not to get stuck in the typical writing, recording, touring-process."

Following the release of their brilliant new single Heights earlier this year, we caught up with the fantastic Swedish post-rock quartet JUNODEF to find out a little bit more about their inspirations, ambitions and more. 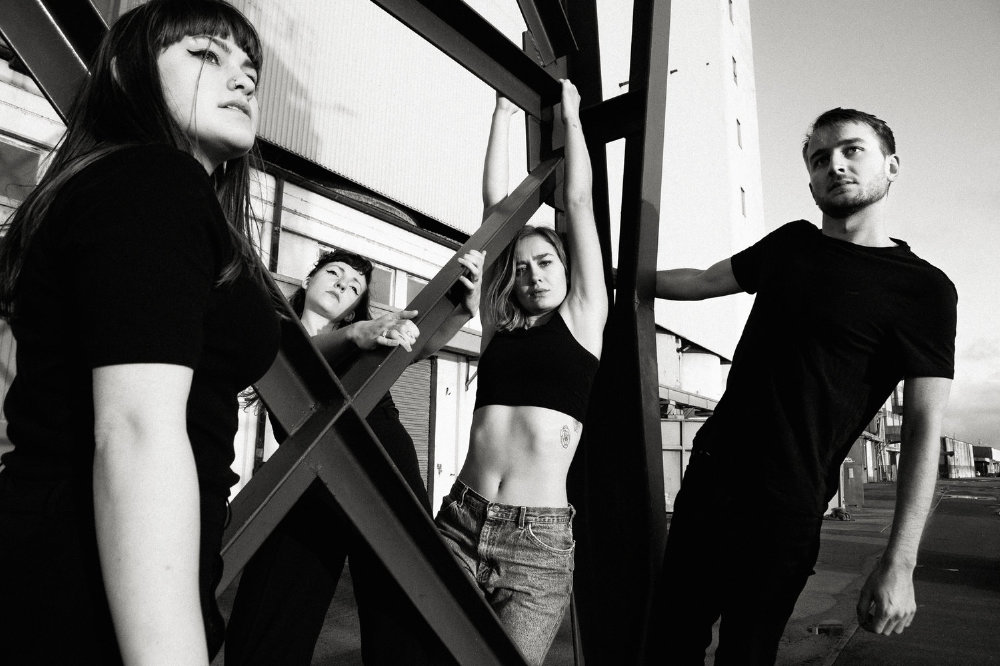 Dreamy, heavy, somber with an eerie darkness. Imagine Sigur Ros and Chelsea Wolfe having a child together, and then this child is adopted by a hipster listening to melancholic pop music.

One of the greatest challenges we've faced so far is the unpredictability of the industry. There is no obvious way for things to play out, so you just have to be on your toes and try to be ready for what ever opportunities might present themselves. It can be tiring to be this flexible and alert all the time, but our way of handling it has been to always work hard and be as independent as possible, as well as trying not to rely on too many third parties. There is definitely a lack of security that you more or less have to give in to and embrace to not stress yourself out.

Very difficult. No but it is a weird career path compared to others just because of the fact that it's more or less all about making a name for yourself. It's not just about playing music and write songs that you think are great, it's also about promoting yourself and make people listen to you. That can be really uncomfortable and comes with a great deal of self-doubt. And of course there are a lot of bands and artists out there who want the same thing, and even though it's really easy to lose track, I think it is important to stay true to what you're doing and try not to get too preoccupied with other artists. If you're passionate about what you're doing it is more likely that other people will be too.

It's extremely important. We do music because we want to express ourselves and create things that we love and are passionate for. To give that up would be to lose the main reason to make music in the first place. Luckily we haven't had to compromise that so far.

Basically anywhere really. A good book, film, painting or art of any kind. Sometimes just from a general feeling about something or someone, that can be triggered and evolved through other art forms. And obviously a lot of influences and inspiration comes from other musicians as well. Just watching other bands live can be one of the most inspiring things.

We have a couple of collaborations coming up actually. We mainly prefer collaborating with people who do quite different things from what we do. By getting access to their knowledge and way of thinking we get to explore music and art from another point of view, and reach results that we wouldn't necessarily be able to reach on our own.

This story includes two members of the band (guess who), and is actually from before JUNODEF was born. So 3/4 of JUNODEF went to the same high school, and we used to have a end of term gig every year. For one of these shows we dressed up as the band Ghost and played a cover of their song Ritual. We were really ambitious and sewed costumes that resembled the real band's ones and so on. Since we were around 13-14 years old, the performance obviously had its flaws... We thought this secret was well buried, but then one time we ended up going for a couple of beers with one of the members of Ghost and after one or two beers too many we decided to tell him that we had made this cover. Bad idea? Genius idea? Definitely genius idea. His response to this amazing story was: “Oh man, was that you...” and then he covered his face with his hands and sat staring down for about 10 minutes.

Of course we have a lot of goals and specific sub targets, but on a more general level one of our main goals (or aspirations) is to try to always further our own creativity. We want to learn and explore new territories on the way, and try not to get stuck in the typical writing, recording, touring-process.

We hope that we will be in a place where we don't have to worry about money so much. (As most artists) we have a lot of ideas for projects and collaborations, but the single biggest thing stopping us is lack of money. Somehow we always manage to find time to go that extra mile, but at the moment that extra time is used for money searching. Ideally in the next year we could put our energy into actually realising these projects instead of worrying about how to finance them.

We have got quite a lot going on; we're going back to Scandinavia to play a couple of shows, releasing new music and working on more collaborations that will hopefully be public in the next year. Expect exciting projects with different art forms!