"The hardest challenge for any artist is being told no and having to pick yourself back up and carry on. But the tides turned about two or three years ago..."

Following the release of her (honestly incredible) new album SIGN, we caught up with RAIGN, who showed you don’t need a reality competition series to make a huge name for yourself. Already successful in a number of different countries before she entered the ITV series The X Factor back in 2014, she was faced with a little adversity following her appearance, but has come out of the other side better than ever before. RAIGN has gone on to prove her doubters wrong, performing to crowds of thousands, and having her music used on a variety of different platforms. 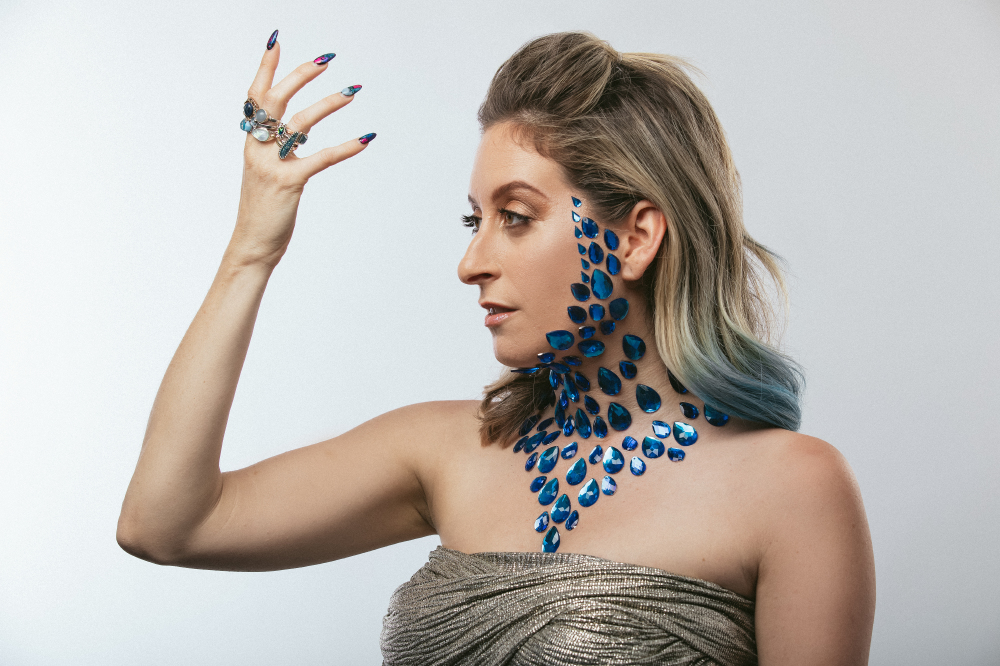 RAIGN is back with her best body of work so far

Here, she talks all about her journey in the industry so far, what it’s like when she hits the studio to record new material, and more.

Even though I am not signed to a major record label, I am grateful to say I am definitely not alone. My publishers Sony ATV do an insane amount for my music and support me immensely. As an indie label in my own right I have partnered up with digital distributors AWAL and EMPIRE, who both have outstanding label services and A&Rs that I talk to daily through a release campaign. It’s been fun and totally emancipating wearing more than one hat; it’s allowed me to have so much creative control - I truly believe it was the only way this music could come out in its innate state.

What should fans expect from you and this record?

12 brand new tracks, taking you on a journey from epic orchestral to driving, electronic-laced rock-pop, to dark and dreamy, and back to cinematic euphoria again. Big crescendos, lots of drama, intimate real life concepts as well as the more lofty, spiritual themes; the hallmarks of my journey as a woman and artist over the last five years.

How different is the music you’re releasing with this LP compared to your past material?

It is a natural progression building on all the foundations we’ve laid in previous EPs; a mixture of orchestral and electronic elements, lots of choirs plus a little more guitar work then we’ve done before, to pay homage to fact that my very first songs were written when I finally picked up an acoustic guitar after years of playing classic instruments. About half the record is in the dark/epic realm but there are more of the uplifting, pop leaning songs too; songs that are super fun to perform live but stayed within the realms of my cinematic soundscape.

What have been some of the biggest challenges of your career so far?

The hardest challenge for any artist is being told no and having to pick yourself back up and carry on. But the tides turned about two or three years ago, when I decided to just do what I love musically regardless of what people told me would work and I’ve just never looked back! Persistence and faith in the music is what kept me going along with the amazing fan response and it was most definitely worth it!

What have been some of your biggest highlights to date that you can share with us?

Well, I have performed to crowds of 250,000 in Russia, heard my music on the radio and TV a few times, and even though these were all amazing moments and highlights, my biggest high point is seeing how the fans have reacted so positively online, sending me such amazing feedback and love. That loyalty has kept me going and inspired me to make this album!

The studio’s quite a mysterious place for people who aren’t artists, so could you tell us about a typical day in the studio – if there are any ‘typical’ days!

As you expected there is no typical day! Sometimes we are purely writing and that involves playing a piano or a guitar and jamming melodies and lyrics. I get my notepad out and re-read random ideas i’ve jotted down in the middle of the night to spur me on. It’s quite an intimate and peaceful process mostly done in my home studio, so my dog bugs me to go for a walk, lawn mowers growl outside and we have to record demos around those sounds. Other times, mostly when were are in the production stage or recording live instruments or orchestras, we go to a big studio in Hollywood or London - It's a buzz that you can’t find anywhere else, people coming and going, lots of food laying around and you often bump into someone famous, which is always fun.

Where do you draw influence and inspiration from when it comes to your work?

Musically my influences come from early exposure to orchestral/film music as well as Blues and Classic Rock. As I grew into my teens, I got into pop music and then the electronic music and dance music, especially back-beats and half-time beats (I even had a stab at mixing UK garage on vinyl at one point!), and so it's a melting pot of all of those genres. Lyrically, I often write from a subconscious place so there’s a lot of soul-searching and looking for answers or love, a journey into the unknown and coming out the other end with the euphoria you feel when you’ve found the higher perspective. But many of my songs have a double meaning and are also rooted in my everyday, intimate musings as a young woman and artist, processing romantic emotions, love, loss success and that kind of thing. It’s a good mix of the two worlds.