Static Future discuss challenges, inspirations and more ahead of their debut album release

"In our band we all work in full-time jobs as well as playing in the band. It's really difficult to switch gears from focusing on your day job to being creative working on music."

With the upcoming release of their new album Oh Master! on November 16 via SF Recordings, we caught up with Indie-electro four-piece Static Future to find out a little bit more about their time in the industry, inspirations and more. 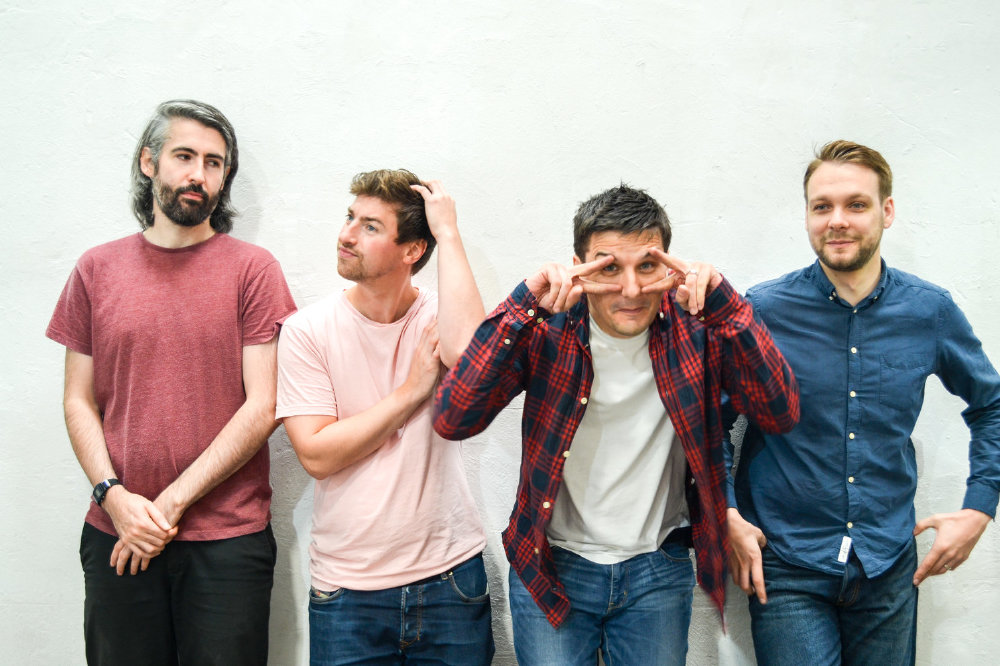 Static Future are gearing up to drop their debut record

We're influenced by bands from the post-punk and post-disco era such as Talking Heads and New Order, but also by a lot of the music that came out of New York in the 2000s like The Strokes and The Walkmen. LCD Soundsystem serves as a nice bridge between those two groups, I think. They're a big influence of ours.

At our core we're a guitar band, but we've expanded beyond that with many more electronic elements to our songs now.

When we first started the band we found it really difficult to find gigs with decent promoters. The nights always consisted of a mixture of completely unrelated bands with totally separate audiences. Unsigned bands are pretty heavily exploited by various groups in the live music business.

Our answer to this has been to start putting on events ourselves where we can book the best venues and invite other bands that we like to play alongside us. We've also been treated well by the people that run King Tut's Wah Wah Hut in Glasgow. That venue is right at the heart of the Scottish music scene and does a good job exposing local bands. We've played lots of gigs there.

It's very difficult. In our band we all work in full-time jobs as well as playing in the band. It's really difficult to switch gears from focusing on your day job to being creative working on music. We all enjoy the release that working on music brings though. There's nothing like recording a track to help you put aside day-to-day stuff that's bothering you outside the band. The focus required when playing in a band is cathartic.

Breaking through the noise of the ongoing music scene is tough too. We've always been really proud of our music so it can be bewildering to see another band gaining traction when there doesn't seem to be much substance behind them.

It's something that we've been relatively lucky with, since we're an independent band at this point and don't have to answer to anyone outside the band. It's a really important idea though - we've come to appreciate our freedom. Even working in rented studio time with a producer can be problematic as you've got limited time to get your ideas across. You often have to cede quite a bit of control over to them while they interpret what you've come in with.

For our new album we've changed tactics and have recorded everything ourselves. Within the band we're fortunate to have a really good mixture of technical expertise and creative vision to bring the songs together. It's meant that we've had much more freedom to explore the music we're recording without outside pressure. We've developed strong internal critisism too - so as a group we can move our songs in the right direction.

For each of us it's a bit different. Gavin (our singer) draws a lot from TV, film and literature. A lot of the things he sings about can be traced back to that sort of media. Mark and I like to keep track of what other bands are doing in terms of guitar sounds, particularly guitar sounds and techniques for blending multiple guitars together. Artists like Mac De Marco and Parquet Courts come up in conversation for things like that. Harry (our drummer) is a bit of an experimenter. He likes collecting and playing with weird and wonderful bits of equipment.

I think it'd have to be James Murphy of LCD Soundsystem. He's one of our idols and he makes the sort of music that we love - technically brilliant without being self indulgent, emotionally impactful but immediately accessible. I reckon he'd get a good song out of us.

We almost lost pretty much all of our band's gear in a dispute between the landlords of the building we rent for recording and rehearsals.

We just want to keep getting better at writing songs and playing together. We want to keep experimenting so we don't become stuck in a rut. We've evolved a lot in our time together as a band - I'd like to see that continue.

We'd love to be playing further afield. Gigs in London or across in mainland Europe would be fantastic. Playing in New York would be a dream come true.

We're releasing our debut album Oh Master! on November 16. The title track just premiered too. We'll be launching the album with a gig at Glasgow's Nice N' Sleazy on November 15.