London duo Tokyo Taboo are gearing up for the release of their debut album, '6th Street Psychosis' this November, unleashing 10 unique and ambitious tracks on the world in daring fashion. 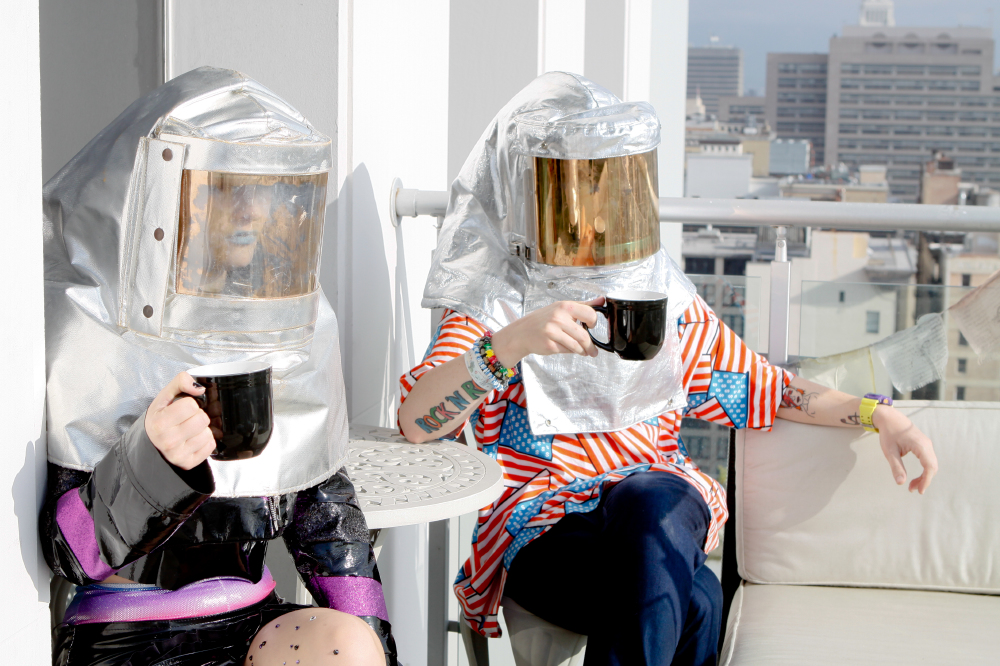 We got the chance to chat to the duo to find out a little more about their music, inspirations and more. Read on to find out what they had to say…

Mix The White Strips, No Doubt, The Yeah Yeah Yeahs and Deap Vally and you'll get close to us. Not sure what that would sound like? Have a listen!

Being a female-fronted band is really tough. Mainly because the industry is run by middle-aged men who want to audition you for their latest pop project. Some promoters also dislike anything female-fronted, as they feel like it's lacking credibility. If you look at festival line-ups, there are very few female-fronted bands on the bill. The music industry needs to be shaken up a bit!

How difficult then would you say this career path is in terms of making a name for yourself?

Harder than we ever thought it would be! There are so many bands out there and very few opportunities for original bands who don't want to go on a reality show.

We let very few people into the TT circle. Annoying perfectionists, we are! Really important to create something you are one hundred per cent happy with. Otherwise, what's the point?

Dolly has a tattoo sleeve in progress of dead musicians. We don't have very many new influences. You can learn a lot from looking at the icons of music history. Janis Joplin, Bowie, Michael Jackson, Prince, Freddie Mercury…­

Will.i.am or David Guetta? Haha, that would be a disaster! Any band are welcome, so long as it's not Coldplay.

We are such a busy couple that we have to schedule in time alone to do what normal couples do.

As long as we are playing shows and becoming better musicians, we are happy!

We would love to play a major festival in the UK! That's the one thing that would be on the TT bucket list.

We have shot some awesome music videos, so we can't wait to get those released. We have a video for every song on our debut album. We're also heading to LA to headline a music conference at the end of September. Can't wait for that!