Personally I would die for Amanda Palmer's looks

Itâ€™s been a tough time for Dresden Dolls singer Amanda Palmer recently following a row with her record label over the showing of her stomach in a music video.

Things might be picking up at last for Amanda though, as she plans to make a return to the UK in in support of her debut solo album, Who Killed Amanda Palmer. The singer will perform at Londonâ€™s Electric Ballroom on Febuary 4 2009.But whether or not she will be showing her stomach is another matter.

Why do I keep referring to her tummy you might wonder? Well, if you have been living in space for the past few months, you wonâ€™t have heard that there has been a media frenzy surrounding her new music video to Leeds United after Roadrunner Records cut certain clips from the video because they thought it made her look fat.

Rather than being thankful that video editors wanted to make Amanda look amazing, people went bezerk and set up a â€˜rebellyonâ€™ website urging people to post pictures of them proudly displaying their bellies.

In response to the video Amanda told the Guardian "I thought they were on crack! Iâ€™m a vain motherf**er. I know when I look fat ... but this was just nonsense. I thought I looked HOT. I really, really didn't see where they were coming from. So I didn't budge."

You know, I could understand if Amanda was actually fat, or even a bit wobbly, but in a world where people are obsessed with weight and so many girls are starving themselves to look like Victoria Beckham, calling Palmer fat (when she has a figure to die for) could have just resulted in another girls getting an eating disorder.

Roadrunner havenâ€™t made on official comment yet, but when the majority of their artists arenâ€™t exactly Vogue cover stars, with Megadeth, Slipknot and Trivium (with the exception of Matt Heafy) clearly not being shy when it comes to eating whatever they want.

All we can say is, if it was me in the video, I wouldnâ€™t care who cut what as long as I looked fit as hell. 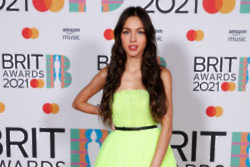 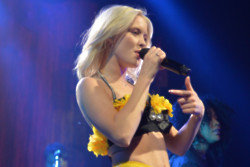 Zara Larsson returns to studio to work on next album 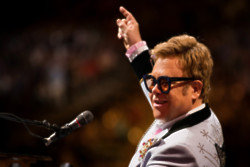