The 'Fight For Your Right' hitmakers have confirmed they'll never perform again, following the death of member Adam 'MCA' Yauch in 2012, aged 47 due to cancer.

The news came as the group's other two members, Mike D and Adam 'Ad-Rock' Horovitz, filed a trademark application with the United States Patent and Trademark Office for the Beastie Boys name in conjunction with "live performances by a musical group", which led some fans to speculate that the 49-year-old drummer and 48-year-old actor could be planning a live comeback.

However, when reached for comment by Pitchfork.com, a representative for the group said: "There will never be Beastie Boys live performances without Adam Yauch."

Ad-Rock previously confirmed that there would be no new Beastie Boys music since Adam's passing, but hinted he and Mike D - who collaborated with the Yoko Ono Plastic Ono Band on 'Bad Dancer' in 2013 - would work together again under a different name.

He said: "Adam started the band, so we couldn't do anything without him.

"At some point we'll do something."

The 'Beastie' musician also discussed the upcoming Beastie Boys memoir at the time, which was recently pushed back to a 2017 release.

Ad-Rock said: "I try to do a little [writing] every day - it's not like I have anything else to do! There's a lot of New York, purposely, in the thing that we're writing." 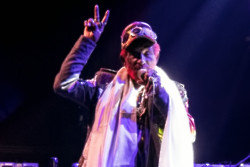 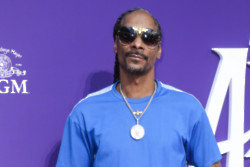 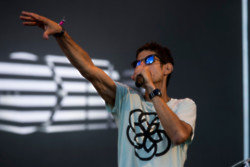