S Club 7 are officially back together and have announced they're going on a 2015 tour.

All seven original members of the group - Bradley McIntosh, Hannah Spearitt, Jo O'Meara, Jon Lee, Paul Cattermole, Rachel Stevens and Tina Barrett - have announced their plans to return for an 11-date tour in the UK, kicking off next May.

At a London press conference earlier today, Hannah said: "We are very excited to announce today, we will be going back on the road in 2015 for an S Club party."

After forming in 1998, the pop sensations managed to secure nine number one international hit singles including 'Don't Stop Movin'', 'Never Had A Dream Come True' and 'Bring It All Back' before splitting in 2003 after four albums.

They'll now play concerts in venues across the country including Sheffield, Cardiff, Glasgow, Birmingham and Manchester.

Teasing fans about what to expect from the series of shows, Jo said: "We just really want to make this the best fun we've ever had. Lots of sparkle lots of S Club magic up there, and just a really good, fun time and the best one we've done yet."

The announcement comes after the band performed on BBC charity telethon Children In Need, on Friday November 14, seeing the hitmakers reunite for the first time in over a decade, singing a medley of their most-renowned tunes.

Rachel discussed the performance, explaining: "It was amazing. We had so much fun training and rehearsing for it, and just to be back all together on stage for something so special, and we've had a long history with 'Children in Need', so I think we all felt really proud to be part of something so special, and it was so much fun, it was brilliant."

Tickets and VIP packages for the Bring It All Back 2015 tour will go on sale on Thursday November 20 at 9am.

Wednesday, May 20 - Glasgow, The SSE Hydro 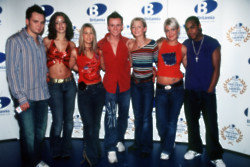 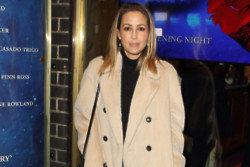 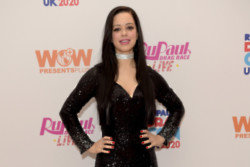