Rage Against the Machine's Tim Commerford is going to "throw a wrench in the establishment" in London with his new band Wakrat. 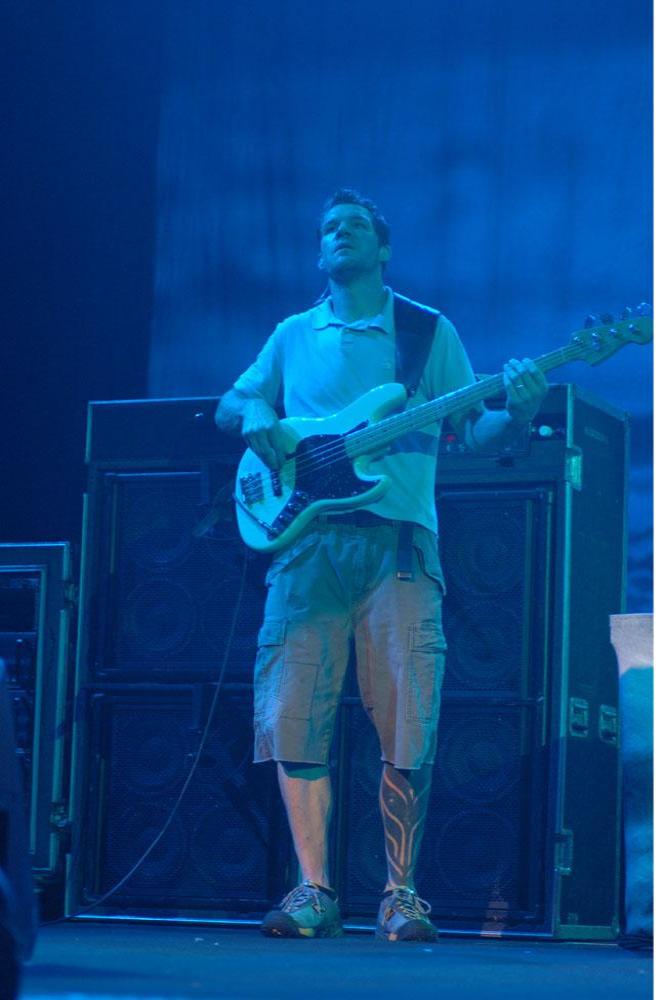 The 48-year-old bassist is taking group onto the streets of London in a double decker bus full of fans to reclaim Parliament Square as the Republic of Wakrat.

Speaking to BANG Showbiz Tim explained: "We're gonna go and play at the flag of Wakrat, and we're gonna play our music around London in a bus. We're hopefully gonna throw a wrench in the establishment, because that's what we do best."

The trio also features the band's namesake Mathias Wakrat on drums and Laurent Grangeon taking up guitar duties in the ultra-heavy punk band, and as with Rage Against The Machine their music is full of politically charged tracks like 'Generation F***ed,' and the Republic of Wakrat bus is designed to get that message across.

Tim added: "It just feels like the music is - we have a message - we have something that we wanna get out there in a fun and uncomfortably cool way of doing it. It's always fun to be uncomfortable. Some of the best stuff comes out of that."

Tim has never been one to shy away from controversy, and has some harsh words for US presidential candidate Donald Trump and Brexiteers - those who voted to take the UK out of the European Union..

Tim considers businessman Trump - who has won the Republican nomination - is a fascist and believes Brexit is down to racism.

He said: "The United States, that's what we call our country, but the states are really not united. There are different laws, they're their own little countries - if you live in that state you're not OK with that state. That's really a microcosm of the world.

"Brexit is more of the same: it comes down to racism. Here we are, we have Donald Trump, it's embarrassing that he's gotten this far and he's running for president. He's a fascist, racist and it's scary times. It's all about money."

Tim's Wakrat event takes place at 8pm on Tuesday (26.07.16), and Wakrat's self-titled debut will be released on 8 November.

Tagged in Rage Against The Machine 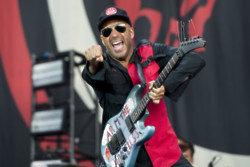 Tom Morello doesn't know how to use home studio 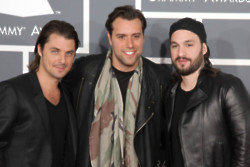