Pitbull returns to the album charts this week with Global Warming, and while the so-called Mr Worldwide may be jetting across the globe, it’s not going to setting the world of fire.

The Cuban artist’s quickly become a global phenomenon, mixing a hedonistic  and fun-filled lyrical playbook with a radio friendly sound that’s won him both admirers and the sneers.

While not quite as FM friendly as his last work, Pitbull is doubling down on his own special brand of free-spirited, party fuelled dance-hop, with very much mixed results.

While the more pop tinged collaboration with Christina Aguilera is a definite album highlight (namely due to her still cracking vocal abilities), there are more lows than highs in this collection of tracks, most pointedly the rather shapeless movie tie-in Back In Time.

The tone of Pitbull’s latest is exactly as you could anticipate before you press play too, with the Miami rapper’s trademark tongue in cheek attitude still his principle line of attack.

After a while though, Pitbull’s insistence that we should all just take a drink and concentrate on the partying becomes a little tiresome, even with the revolving door of guest vocals chiming in with new ways of expressing the same sentiment. He’s still far from hateable though.

The guest appearances are also slightly odd though, as every now and again they feel as if they’ve been cut and pasted from another track altogether. This is at its most apparent in his combination with Columbian songstress Shakira, who’s wailing choruses seem like a poor fit with Pitbull’s verses.

On the solo occasion that Pitbull goes down a more traditional rap-pop route, his collaboration with songwriter Danny Mercer, it really does come as welcome break from the dance floor baiting majority and shows that when he actually concentrates on it, Pitbull can actually pull off a half decent flow.

The trouble is though that while he’s up for experimenting with the instrumentals, he seems ardent to stick to what he knows lyrically, lapsing into Spanish at every opportunity and appearing less keen to leave the night club than the cast of Geordie Shore. In fact seems highly inappropriate to listen to the record in the daytime without a set of dodgy smoke machines nearby.

If Pitbull decided to put down the Boli, and grow up just a tad, he could still be a major force. Until then though, he’s not going to prove his haters wrong any time soon.

Pitbull – Global Warming is out now. 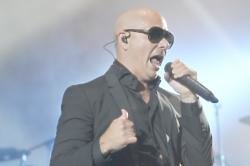 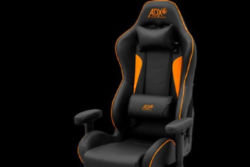