Linkin Park - Burning In The Skies

Linkin Park will release their new single ‘Burning in the Skies’ on March 21st on Warner Bros. Records. The single is produced by Rick Rubin and Mike Shinoda and is taken from their critically acclaimed/multi-selling album ‘A Thousands Suns’, which was released in the UK on September 13th giving the band their fourth top five album.

Having closed 2010 with a sell-out UK arena tour and being crowned the biggest selling rock/alternative act (with over 50 million sales) by Billboard, Linkin Park have confirmed they will return to the UK in June to headline Europe’s biggest rock festival Download.

The band will play a mixture of back catalogue tracks as well as a selection of new songs from their fourth studio album ‘A Thousand Suns.’ As well as headlining Download, Linkin Park have announced they will be headlining the 5th Annual iTunes Festival with a special intimate show at Camden’s Roundhouse on 4th July 2011. 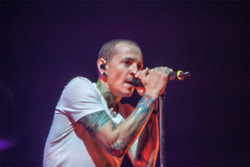 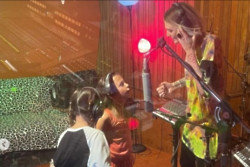