Raw, untamed and razor sharp - a hot new breed of pure unadulterated rock hits the UK in the incredible form of guitarist/singer/songwriter, Bogdana Chivas, who launches her debut single, ‘Great Life’ on 16, April 2012.

Surpassing every demand of the highly critical rock genre, Bogdana Chivas’ unique blend of raunchy rock and ear-ripping vocals is snowballing critical media acclaim as she rapidly notches-up radio play across the UK, as well as boasting multiple performances for BBC live sessions.

With a string of live dates set across the country, and bubbling celebrity fan-base including Starsailor’s, James Walsh with whom she shared the stage at a charity event recently, Bogdana Chivas, is one hot-rock talent to watch for the new-year.

The Chivas sound is an eclectic melting-pot of the great rock talents thrown together and resurrected in a fresh new sound that’s purely unique to Bogdana.

Her inspirations span the full rock spectrum from Led Zeppelin, Jimi Hendrix and Van Halen, right through to Chrissie Hynde, Patti Smith and the Red Hot Chilli Peppers and her music pays homage to every influence she’s ever had; as you rift and twist your way through her outstanding album, you’ll find a remarkable touch of all these greats along every step of the journey.

Bogdana also has an amazing musical team behind her including, bassist Svetlana Vassileva, who also plays with Moby, Robin Guy on drums (ex. dummer for Rachel Stamp, as well as Bruce Dickinson, Faith No More,The King Blues, Joss Stone, Martin Grech) alongside a live team with drummer, Simon Finley  (Echo & the Bunnymen, Ian McCulloch, Sound Of Guns), Chris Taylor (collaborated with the Zutons) on rhythm guitar and Joel Goldberg on Bass.

Collaborating with Grammy Award winner, Simon Gogerly on her debut album, Bogdana tempts audiences with a tasty teaser to the full collection as she releases her debut single, ‘Great Life’, ahead of the official album release.

As a songwriter, Bogdana injects life-long wisdom and pathos into her lyrics that can only come from someone who’s endured and survived unbearable hardship, challenges and heartbreak.  This Parisian-bred Bulgarian songstress, fled the Eastern Bloc with her parents when she was just a young child.

The suffering and destitution that comes hand-in-hand with the trauma of starting from scratch as an immigrant, took its toll on the young Bogdana, who plunged into a world of anorexia-bulimia and depression.  Music was her savior.

After watching a life-changing performance by Paul Gilbert, Bogdana picked up a guitar and strummed her way through 10-hour practice days, until she became a fully accomplished self- taught musician.

With a new-found channel to voice her inner feelings, Bogdana began pouring her life-long anguish and experience into lyrics and melody.

Collaborating with Simon Gogerly across a plethora of her original pennings, the result is a powerful, modern and contemporary rock sound with trenchant lyrics inspired by Bogdana’s world.

Audiences will be exported through the horrors of the Eastern Front in WWII, to the drama of modern day prostitution; then quickly whipped away on a journey that tells of lovers and cheaters, only to find themselves stolen-away to exotic and mysterious places in Eastern Europe, which are Bogdana’s origins.

Experience and wisdom such as Bogdana’s traditionally find themselves wrapped in the melancholy tales of folk or down-tempo lyrics.

But Bogdana smashes convention and vividly pounds what’s she’s seen and felt into energetic rocky tracks that will dramatically capture the attention of wider audiences across the globe.
Bogdana Chivas has one hell of a rocky tale to tell - and it’s time to let rip!

The debut single, ‘Great Life’ is released on Rivendell records on
16, April 2012 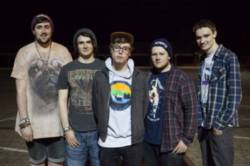 For All The Wrong Reasons - We’re Not Losing, We’re Just Not Winning 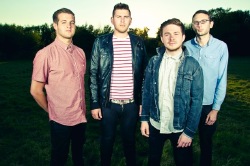 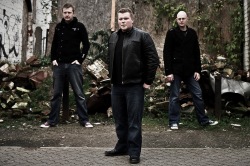 Hundred Days - Whatever Happened To You