Over the last four decades, primary school children in England have lost much of their freedom to get about in their local neighbourhood without adult supervision, says new research

Over the last four decades, primary school children in England have lost much of their freedom to get about in their local neighbourhood without adult supervision, says new research led by the Policy Studies Institute (PSI) at the University of Westminster.

This loss of independence applies to their leisure and recreational activities as well as to their travel to and from school. Only a quarter of primary school children in England are allowed to travel home from school alone compared with 86 per cent in 1971.

The study also found that English primary school children have far less independence to get about alone when compared to German children of the same age. Teenagers from 11 to 15 years old have also been facing greater restrictions on their independence.

Ben Watson, Research Fellow at the PSI and one of the authors of the report, said: “Independent mobility has been shown to be good for children’s wellbeing and development, yet our research shows it has dropped significantly in the last four decades.

“The experience from Germany shows that this drop is not an inevitable result of modern life. If we care about the future health of our children, action should be taken to enable them to regain the right to a safe outdoor environment without the need for adult supervision.”

Mayer Hillman, Senior Fellow Emeritus at the PSI, who directed the first two studies in 1971 and 1990, and has been involved in coordinating and analysing the findings covering the 40-year period up to the 2010 surveys, said: “It is highly regrettable that so little attention has been paid to the damage caused by this erosion of children’s freedoms and decline in their quality of life. Far more effort needs to be invested in reversing the process that has had such an unfortunate outcome.”

Campaigning group Sustrans has recently launched a campaign for ‘Free Range Kids’ to make it easier for children to travel independently, play outdoors and explore their local community, and have the skills, opportunities and support to do so safely.

Sustrans Chief Executive Malcolm Shepherd said: “It’s a tragedy that so many of our children are failing to meet recommended physical activity levels but little wonder when parents don’t feel that their local streets are safe.

“We urgently need to make our communities safer if we’re to get kids active by walking and cycling to school and playing outdoors. Parents want to see safer streets - the Government must change the standard speed limit to 20mph on the streets where we live, work and play.”

The research used a unique dataset collected by the Institute in 1971, 1990 and 2010. It found a large reduction in primary school children’s independent mobility - the extent to which parents allow their children to play and travel around in their local area without any grown-ups.

"If children are to regain the freedoms and benefits of independent mobility they once had, a concerted programme of action will be needed to create a road environment that parents feel is safe for children."

The researchers are currently conducting a follow-on study of children’s independent mobility in 16 countries around the world, funded by the Nuffield Foundation. The results will be published towards the end of this year.

Cath Prisk, Director of Play England, said: “This study confirms our own research that there are more barriers to playing out and travelling independently for children today than for previous generations.  Interestingly, the research shows that children in other countries, such as Germany, are able to enjoy this basic right far more than their English peers.”

“Parents who want to buck this worrying trend should think about giving their kids the gift of independence at home, on the doorstep, in their neighbourhood and further afield. Play England wants to see communities take control of their own neighbourhoods to ensure that children can play out like they used to. If we want our children and young people to have independence, resilience and everyday adventures they need to start young – it is everyone’s responsibility to make this happen." 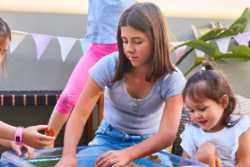 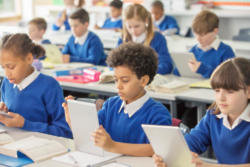