ABBA to perform at royal wedding?

Bookmakers are offering odds on ABBA reforming - and tip them to perform at Prince William and Kate Middleton's wedding next April.

ABBA to perform at royal wedding?

ABBA are rumoured to be reforming to play at Britain's Prince William's wedding to Kate Middleton.

The return of ABBA would be sensational news for fans. Unfortunately for us it would cost us a lot of 'Money, Money, Money'!

Bookmakers are offering odds on the popular Swedish group, who split in 1982, reforming in time to play at the royal wedding on April 29 next year.

All' group will get back together for at least one concert before 2015 Ã¢â¬â and 66/1 that they will make a sensational comeback at the royal wedding.

Referring to one of the group's hits, Alex Donohue of Ladbrokes said: "The return of ABBA would be sensational news for fans. Unfortunately for us it would cost us a lot of 'Money, Money, Money'!"

Betting shops are also offering wagers on other big stars playing the wedding including former singer with The Beatles, Sir Paul McCartney, rapper Dizzee Rascal and Sir Elton John, who sang at the funeral of William's mother, Lady Diana.

Reports that ABBA were planning to reunite circulated earlier this year after Anni-Frid Lyngstad admitted she talks about it with the band's other female singer, Agnetha Faltskog.

She said: "It would be great to do something with Agnetha. If we did, it would be hard to avoid all the pressure because of ABBA. It could never be low-key, but we do talk about it."

The other remaining members of ABBA, Bjorn Ulvaeus and Benny Andersson, have worked together on numerous projects since the band split. 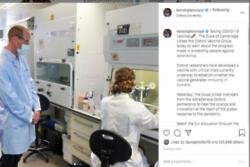 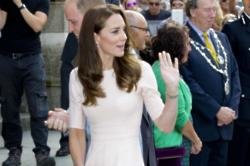