Exhibit Your British Pride on Holiday in New York City

For Brits travelling to New York this summer, here's the best British-inspired things to do and see from NYC & Co

New York city is perfect for a quick getaway

This summer, Brits face a dilemma. Should they stay at home and support Team GB in the Olympics and Paralympics – or book a last minute trip where they might actually enjoy some sunshine for more than two days straight?

NYC & Company, the official tourism, marketing and partnership organisation for New York City, has the perfect solution – come to New York City and show your patriotism by building an itinerary to make the British nation proud.

The five hour time difference means Brits will be awake to enjoy the major sporting events on television – and they’ll have their evenings free to explore and enjoy the best British spots in NYC.

Here's what NYC & Co. recommends for Brits travelling to the Big Apple this summer:

‘What’s in a name?’ asked Shakespeare in Romeo and Juliet. The answer is a lot, when it comes to exhibiting your national pride whilst in New York City. Patriotic Brits can opt to stay at The Surrey, where a huge black and white photo of Kate Moss takes pride of place in the lobby; Hotel Wales NYC on the Upper East Side; or The London NYC which boasts a British bulldog as its symbol and offers Gordon Ramsay dining, including traditional afternoon tea. Another favourite spot for afternoon tea is The Lowell, where the spread includes Scottish smoked salmon sandwiches followed by scones. Names aside, New York City is also the location for British chain Yotel’s first city centre, non-UK hotel. 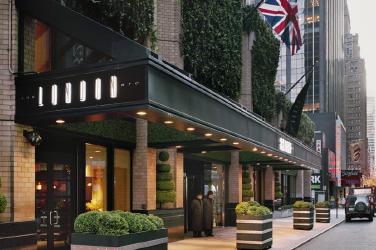 Where to eat and drink

Birmingham-born chef April Bloomfield has been a darling of the New York City culinary scene for almost a decade. She and restaurateur Ken Friedman opened NYC’s first gastropub The Spotted Pig in 2004 and she is also behind two dining establishments at The Ace Hotel – The Breslin Bar & Dining Room and The John Dory Oyster Bar. Dine out with pride knowing a Brit is behind the menus at these critically acclaimed restaurants.

Brits have the chance to play up to gastronomic stereotypes in New York City. A Salt & Battery, in the heart of Greenwich Village, is widely regarded as the best place for British fish ‘n’ chips in NYC. You won’t find ‘French fries’ on the menu here, but you can order a chip butty, battered sausage, Heinz baked beans and even a deep fried Mars bar. Just a few steps away, Tea & Sympathy is the place to find a real British cuppa, along with other home comforts from Yorkshire puddings to rhubarb and custard. 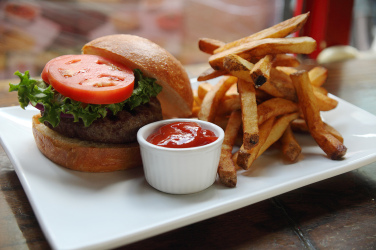 Of course the British like to drink – and New York City is happy to oblige, with a host of appropriate watering holes. “My tastes are simple: I am easily satisfied with the best.” This quote by its namesake sums up the philosophy of The Churchill in the Murray Hill / Kips Bay area of Manhattan. The pub will be hosting a viewing party for the Olympics Opening Ceremony on 27th July. Positioning itself as the best soccer pub, The Manchester Pub NYC also expects to attract British sports fans after some Olympic action. Of course, patriotic Scots may prefer to enjoy a wee dram of whisky at Mary Queen of Scots or Highlands.

Britain has taken Broadway by storm this year. No sooner had James Corden unpacked his bags in New York City than he was collecting a prized souvenir in the form of the Best Actor Tony Award for his performance in One Man, Two Guvnors. This summer is the only time to catch him, as his limited run in the lead role ends on 2nd September 2012. Other British productions bringing the house down in New York City include another National Theatre success, War Horse, the ever-popular Mary Poppins, and a revival of the Andrew Lloyd Webber / Tim Rice favourite Evita, directed by Michael Grandage. 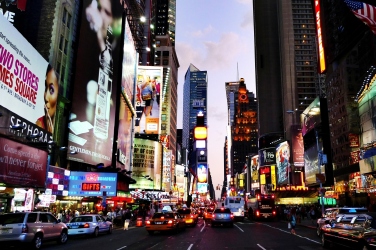 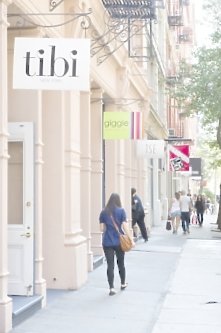 Brits have always looked to New York City as a fashion capital, so it’s no surprise to find British designers in residence in some of the most fashionable neighbourhoods.  Swing by the West Village to browse the handbags on display at Lulu Guinness, invest in a new outfit from Ted Baker in the Meatpacking District or steal Kate Middleton’s style with a visit to the recently opened L.K. Bennett boutique in The Shops at Columbus Circle. For the more budget-minded shoppers, Topshop in SoHo was the store’s first flagship outside the UK and is the second largest branch worldwide, after London.

The Olympics coincide with one of the best times of year to visit New York City. The weather is warm and sunny, NYC Restaurant Week runs on weekdays until 10th August 2012 and there are free outdoor events including concerts and cinema screenings taking place across the five boroughs. In addition, hotel rates in August are generally lower than in July or September. At the hotels listed above, for example, rooms are $100 - $230 cheaper per night on Sunday 5th August 2012, compared to the rates at the same hotels on Sunday 9th September 2012.

For full information on everything going on this summer in New York City, please see www.nycgo.com.

Are you going to NYC tis summer? Tweet us your photos @FemaleFirst_UK 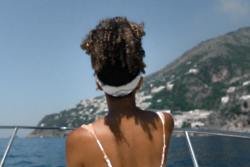 What does it mean to dream about summer? 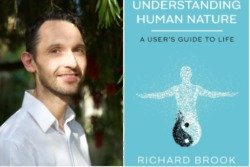