With Sky Atlantic’s first tilt at the massive, time-spanning documentary The British starting tonight (no prizes as to which nationality of people it focuses on), we’ve had a look back and found some of our favourite mind opening documentaries that will simply leave you in awe.

Ask any sales person to show you a Blu-Ray and it’s almost guaranteed that they’ll pull out a copy of this.

Even six years after it was shot, Planet Earth remains the single most beautiful documentary series ever to be put to screen. Sweeping panoramas, vibrant colours and more variety than an entire pyramid of Quality Street boxes, it’s an absolute visual fiesta.

It’s not just food for the eyes though, as it’s hard to find to find a more all-encompassing series out there. From the frozen Russian tundra to the Saharan desert via a South American forest that holds tiny

All wafted along by the glorious tones of David Attenborough (we honestly can’t think of any finer narrator), Planet Earth is riveting, soothing and all together breath taking.

For anyone with a full HD set-up at home, it’s a must own. Although, really, the same could still be said if it was being sold of VHS still it’s that good.

By far the lightest of our selection here, A Stranger Abroad is perhaps the borderline between simple entertainment and the more informative selection we’ve formed here.

Featuring the brilliantly matter of fact Karl Pilkington, the show’s delightful conceit is Pilkington really, really, doesn’t want to be doing anything that he’s being forced to do.

From meeting gorillas in Uganda to Elephant riding in India and visiting the Great Pyramids, Pilkington’s utter reluctance to expand his horizons makes the show not only informative, but regularly utterly hilarious.

Its Pilkington’s reactions that make the show what it is, his utterly unpretentious descriptions of exotic events never failing to entertain and giving the show a truly unique voice.

With the added spice of Ricky Gervais and Stephen Merchant cackling from their homes in London at the unfortunate Pilkington (or very fortunate depending on your view) the butt of everyone’s jokes.

After he decided to do nothing but eat supersized McDonald’s meals for a month, Morgan Spurlock became a documentary juggernaut.

Spurlock decided to use his new found fame to launch Thirty Days, a show where either Spurlock or another person or group would have to live a life completely opposite to their own lives.

Whether that be a group of Christians living with a group of atheists or Spurlock himself trying to live in a wheelchair or working down a coalmine, the show came up with some truly interesting conflicts and oddities throughout its entire 18 episode run.

It was that conflict that was the crux of the show, as it gave a fantastic insight into lives and opinions that we’d never usually be privy too, as well as throwing up the occasional shock too.

With Spurlock’s easy, natural style in front of the camera, it makes for some truly fantastic viewing.

Wonders of The Universe

While most documentaries like to concentrate on just one thing, Wonders of The Universe chose, well the entire universe to cover.

While such a massive scope might overwhelm a show, Wonders of The Universe takes it all in its stride, dealing with matters like the construction of elements and as simply as most of us explain a shopping list.

The show’s star is Cox himself, a wonderfully easy presence in front of camera and both hugely knowledgeable and excited about the entire show.

He may fall into the trap of overhyping tiny little details, but his boyish glee at the entire subject somehow makes quantum physics understandable. And that’s some trick.

The first episode of The British airs tonight on Sky Atlantic. 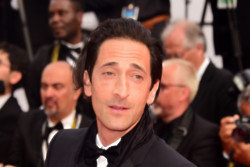 Brian Cox criticises Johnny Depp and others in his new memoir