A tribute to Community 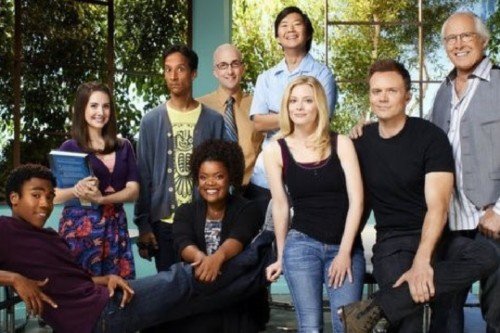 And so The Darkest Timeline finally came to pass – fans of the much loved cult comedy gem Community received news of its cancellation last week, and were therefore cruelly deprived of the Six Seasons and a Movie they demanded. Dan Harmon’s creation put up a heroic fight and posted an impressive 97 of the most wildly inventive episodes ever seen on television, but even the combined might of its fan’s/cast’s/character’s (very meta) Save Greendale campaign could not secure another stay of execution.

If there’s a conciliation however it’s that cancellation is final irrefutable confirmation of its bonafide cult classic status, as it now officially joins fellow canonized hall of famers Freaks and Geeks, Twin Peaks, and Arrested Development at the pearly gates. Like those shows, Community cements itself as a series ahead of its time, and the hope remains that it too might one day be revived when the world has caught up. After all, Freaks and Geeks found new life through its stars Seth Rogan and James

Franco taking their bromance to Hollywood, and we can definitely see Donald Glover and Danny Pudi doing similar. Then there’s the glittering promise of a much-mooted Community movie – which given Abed’s movie-referencing credentials might just be the most meta-contextual 90 minutes ever committed to film…

But until we’re sat in cinemas gobbling popcorn whilst watching Inspector Spacetime in 3D, we’ll have to make do with simply re-enjoying its finest episodes on its UK home of Sony TV. And as a tribute to the show, the channel will be exclusively playing the cast’s favourite episodes on Thursday 22nd and 29th May, so join Alison Brie, Danny Pudi and company, and reminisce about comedy’s most consistently creative show.

We may never know what happened to Annie’s Boobs (it’s the name of a monkey fellas); or which girl Jeff finally ended up with, but we’ll always have five hilarious series to remember them by. And that’s a buzz even Britta couldn’t kill. 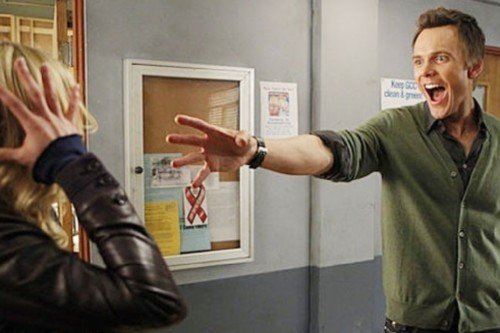 Yvette Nicole Brown commented that ‘I always used to love Christmas specials (and) I think our episode conveys the right spirit of the season. If you're Glee, you're doing so well that a little comment by the gang at Greendale won't hurt your feelings!" Regional Holiday Music saw the gang take on the sugar-pop phenomenon that was Glee. The show has always done a good line in songs – a benefit of having acclaimed rapper Childish Gambino amongst its cast – and this episode sees all its stars shine on the mic.

The season one episode that first demonstrated that Community wasn’t your average sitcom. When the Dean announces that the prize of this year’s Paintball Assassin event is priority registration, the school descends into chaos, with double-crossing and Rambo-esque rampages aplenty. Abed wears a headband; Jeff and Britta address their unresolved sexual tension as paintballs fly furiously past; and a homicidal Senor Chang is employed to take out the stragglers armed with modified gun and self-destructing vest. Art Attack gone wild: a comedy with the high-concept scale of a Stallone action movie. 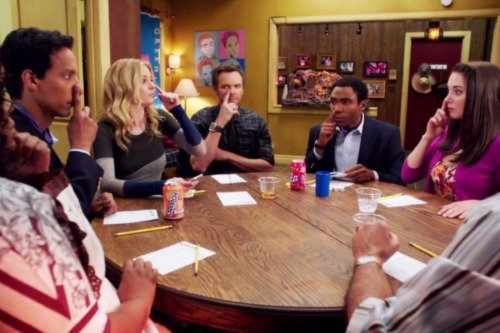 Widely-hailed by fans as the ultimate episode of the show, Remedial Chaos Theory sees the study group push the Butterfly Effect to its very limits. At Troy and Abed’s house-warming party, the gang settle down to playing Yahtzee and fighting over who deserves the final slice of pizza. Jeff’s suggestion that they settle it with a roll of the dice brings six alternative realities into play. Each timeline ups the stakes and multiplies the petty squabbles and sexual tensions amongst the group – finally resulting in the much-fabled ‘Darkest Timeline’ in which Annie seduces Jeff, a toy troll terrifies Troy (try saying that quickly…), and ‘Evil Abed’ sports a suitably villainous goatee. Brilliant in every reality.

Alison Brie’s all-time favourite episode: "The dean arranges another paintball contest, and it descends into a western parody, and then Star Wars. Those parodies take a long time to film, because we shoot them like mini-movies. There's more work, but it makes them much more fun than episodes where we're just hanging around in the study room.’ This one is Modern Warfare on steroids. The Godfather

2 of sitcom episodes, Greendale descends into paint-splattered chaos, as its students, and a mysterious professional ‘baller known only as The Black Rider (Lost’s Josh Holloway) take Sergio Leone back to school.

See Alison Brie’s Choices ‘A Fistful of Paintballs’ and ‘For a Few Paintballs More’: Thursday 29th May, 10pm and 10.30pm.

Another pop-culture slicing classic. Goodfellas comes to Greendale as Abed narrates the Study Group’s rise up the college power chain. Executed as well as the very best heist movies, the sequence in which the gang take control of the cafeteria’s Fried Chicken supply is genius. Of course things quickly spiral out of control as the power that good poultry ownership grants soon goes to their heads. A moral rags-to-riches-to-rags tale of the highest order. Worth watching for Donald Glover’s version of the world’s worst interview too. Note to job seekers: don’t turn up dressed as an Egyptian Pharaoh.

Community, like The Simpsons before it, takes the great American holiday of Halloween very seriously. Its themed episodes have brought some of its finest moments (see Abed’s Christian Bale as Batman facing questions from Troy’s Delirious-Era Eddie Murphy), but Epidemiology is the Halloween highlight. The Study Group face a full-on Zombie Outbreak after Dean Pelton (who else…) orders in contaminated army surplus supplies for the annual party. Soon, Chevy Chase has bitten Starburns on the arm, and Troy is racing to become the self-proclaimed ‘first black man to make it to the end of a horror movie’. As a final delicious touch, Star Trek’s George Takei narrates.

Community’s tribute to the fist-pumping jocks and leather jackets high-school shenanigans of the films of John Hughes. Jeff takes a class in pool, purely because he knows he can get away with wearing sunglasses and looking awesome. However, the course instructor has a strict short shorts only policy, and the ever-self-conscious Jeff must suck up his pride and start breaking balls with his pale thighs on show. Ball jokes abound. The episode’ s other highlight is the marvellously meta moment when Abed channels Don Draper to seduce Mad Men actress Alison Brie’s innocent Annie. 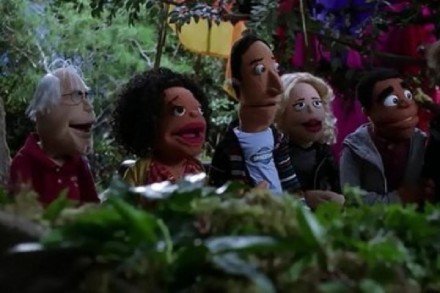 Community’s never been afraid to push the boat out with fresh concept episodes. From a stop-motion Christmas episode to the aforementioned Glee-riffing musical, and Season 5’s animated G.I Joe tribute, it’s done the lot. But Intro To Felt Surrogacy takes some beating. Probably the best episode of the Dan Harmon-less fourth season, Dean Pelton helps the gang resolve the troubling residual emotions of an unmentionable incident in the woods, through the therapeutic powers of puppets. Why the Dean has several well-worn puppets of each of his students is a question probably left unasked.

Britta’s quarter life crisis comes to a head, as she ponders whether it is possible for her to truly make a difference to the world from the comfort of Community college. ‘The British Jason Biggs’ Professor Duncan makes a desperate attempt to curry favour by attending her fundraiser and attempting to woo her, meanwhile Abed goes on a destructive rampage and finds himself apprehended and interrogated by Jonathan Bank’s Professor Hickey – who does an excellent impression of Breaking Bad’s menacing fixer Mike. Throw in a few dead-on Sixth Sense and The Shining references for good measure and you’ve got a Season 5 instant-classic. 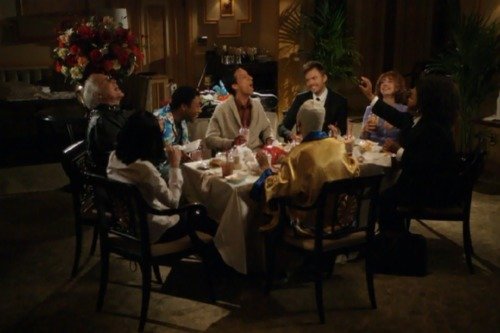 ‘We were all really excited and at the same time wondering whether this was going to be the one that would end Community… no one knew if we were going too far,’ so says star Danny Pudi when discussing his choice Critical Film Studies. His pop-culture-obsessed Abed and Joel McHale’s realist lawyer Jeff spend this episode trying to finally have ‘a real conversation’ – little does Jeff know that Abed is simply quoting word for word from niche 1981 two-partner My Dinner With Andre. In other sitcoms this might just come across as too clever for its own good. Luckily, in Community it becomes a stunning laugh-out-loud character study. 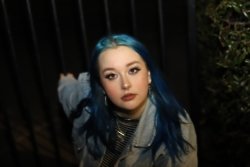 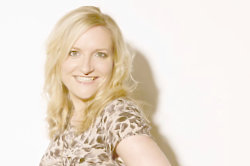 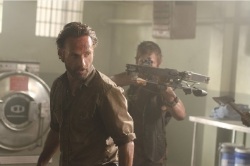 The Walking Dead, Community & The Importance Of The Showrunner