That’s a wrap! Big Brother Canada Season 10 has officially come to a close, with an epic finale that saw Kevin Jacobs win and take home the $100,000 prize. We caught up with him the morning after his win, to find out a little bit more about his game, what he thinks his most villainous move in the House was and more!

Hi Kevin! Congratulations on your win! I believe you’re only the second North American winner to win the game without winning an HOH, just after Dr Will, so that’s quite a feat and, I saw a beautiful tweet last night that said, ‘people who said Dr Will wouldn’t survive in a modern Big Brother game have just been proven wrong by Kevin’, so how are you feeling and, how does it feel to have your game put in the same league of the likes of Dr Will?

That doesn’t make any sense to me, but I appreciate it and I’m very fresh out! Even hearing that, that’s hard to understand. I was hoping I would win an HOH; I was giving it my all! I got pretty close there at the end but, no dice. Yeah, that’s completely flattering.

Let’s talk about your game! You went in, as you said, ready to lie through your teeth, you were ready to be the villain when necessary; what would you say was your most villainous move this season?

Probably the swearing on my marriage to Marty, because I know what that meant and I know how important family is to him, but I also felt okay doing it because I’m not actually married! That was also something that, full disclosure, I did want to do in the season. That was one of my things where I was like, ‘if I get into a little bit of trouble I wanna make sure I can swear on the marriage or give someone the ring’, so I also had a lot of fun doing that.

When you’re not in a position of power like winning HOH, you really have to rely on your social game so despite that villainy, you obviously were liked in that House, so can you tell us a little bit about that social aspect of your game and how you played that to your advantage?

Yeah, I’m terrible in social situations of more than 10 people. The beginning of the game was really difficult for me, I was downplaying my threat level but, I had no idea what to do when you walk into this House with all these massive personalities. I had total imposter syndrome, I did not know how to act, but once we got down to a lower number of people and I could be in a room with two or three, or especially one person, that’s where my skills came into play. I am a good listener, it’s a skill I’ve worked on for a long time and, being able to listen more than I spoke I felt worked well for me and helped with that social side of things.

You gave a truly passionate speech to secure that win last night, so what was going on through your head when you got that final 60 seconds to plead your case and address the members of the Jury?

I didn’t feel good about my question answering! I felt like I was yelling a bit and I needed a moment to just be authentic. Hermon had brought up to me mid-season or something, that if he was ever on the block or in the finals or something like that, he would address each person and, a lot of my game was understanding what each person needed in their own way, not treating people how I would wanna be treated but how they would wanna be treated, so to take that moment and, give a little bit of the authenticity and also go one by one and try to make the messaging appropriate for each person; that was where that came from.

In an alternative world where you’re sat next to Betty in that Final 2, how do you think things would have shaken out?

Based on chatting with the Jury, I think okay for me. I think if I was sitting beside Betty I would have won. Going into it, by the way, I thought I needed to win the final HOH and cut Josh. It just shows your perception in the House is not always accurate to what’s going on, and then when I saw Hermon’s vote for me, that was quite shocking because I thought him and Moose would probably be voting together and I thought, there was a little bit of hope when I saw that.

I think it would’ve been interesting, especially if she didn’t touch the block the whole season. Haleena got a lot of flack for moves that we did together. I feel like a lot of it was because people always expected me to be a liar and a schemer and a villain, whereas with Haleena it wasn’t as expected. So, I’m not sure. I think in the scenario where maybe Jaycee goes out at five, Haleena might stay off the block at the four, it’s hard to play out but I think it’s a close vote.

Aside from your win, what have been some of your favourite memories from your time in the House?

I’m happy I got the comp win, I didn’t think I would get any comp wins so getting that Veto win was huge, I’d played a little Ski Ball in my days so I was able to go out and do that. Also, Gino doing a puzzle in his second language gave me a little bit of an advantage there.

Wow, I think Week 4 I started to get comfortable. I was doing the lawyer act with Gino when he was HOH. I always knew the first three weeks were gonna be really hard for me, but once I got past them and got to know people and they got to know me, that became a lot easier, so just being able to come out of my shell a little bit.

It may be a little bit early to answer this question but how have you found coming out into the real world? Has it sunk in yet that you can talk to other people?

It’s weird! I know it’s gonna be hard, adjusting to the real world but, it’s exciting. Yesterday was the first day I was alone in a room without cameras. I didn’t even know how to act! So, it’s gonna be weird, it’s gonna be odd.

Being a little nosey, have you got any exciting plans for the prize money?

I haven’t thought about it too much. The one thing that’s sort of close to home is, I’m gonna donate $10,000 to something to do with cancer. It’s something that has been close to me. I’m thinking to people living with it but I’m not sure yet, I’m gonna take my time and just look at it.

Then the boring answer is I’m gonna invest it, try and grow it and not do anything stupid off the bat. Maybe I’ll do stupid things with it later, but not immediately!

All episodes of Big Brother Canada Season 10 are available to watch now at www.bigbrothercanada.ca. 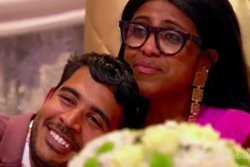 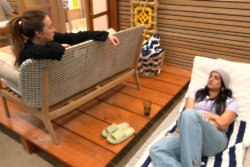 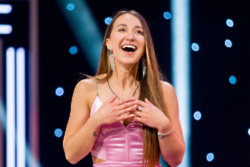