Black Mirror And Why We Love Bleak TV

Black Mirror was one of the weirdest dramas to come out of Channel 4 in years when it debuted at the end of 2011, a chilling and pitch black series of stories that made those winter nights just a little bit darker.

Now Charlie Brooker’s back with a new trio of dramas that are bound to make you look twice at the world, so to celebrate the occasion, we’ve decided to have a look why we do tend to keep watching shows that punish us for believing in hope and delight in crushing our little souls.

Let’s make no argument about it, Black Mirror’s second run of episodes is going to be utterly heart breaking, especially the first episode, which see Hayley Atwell playing a woman who is able to ‘talk’ to her dead partner through a fake profile made through social media.

Time and time again though, we charge headfirst into not just sad things, but outright bleak and desolate things. We read books like The Road, watch films like Requiem For A Dream and listen to singers like Joni Mitchell, even though we know that they’re going to make us sad and miserable.

Even Hayley Atwell herself has come out and said how much she loved her part, telling Bang Showbiz "It's one of the creepiest things I've ever seen and it gave me chills when I read the script. It was 12 days of hell doing it because it was so difficult and emotional, but the outcome is brilliant. I could not be any prouder."

Having also told them that she begged her agent to get her a part in Brooker’s show it proves that we really do have a love of the sad things in life.

According to research, we keep doing this for the bizarre reason that it makes us feel better about our lives. Seeing everything go wrong on The Wire, Breaking Bad or Black Mirror actually makes us look around and put our own issues into focus and help us “reflect on the important relationships in their own life” according to Associate Professor Silvia Knobloch-Westerwick who led the study at Ohio State University.

It would seem that this also helps create empathy with the characters of a show, something that’s all important when it comes to drama as it goes to make every single action hit a whole lot harder. It would go a long way in saying why the most compelling TV shows over the last few years have been the darker ones. The Shadow Line, The Killing or This Is England never had a sunny moment in them, yet were utterly riveting and made for compulsive viewing.

It’s when the tone is black and the outlook is bleak that those little crumbs of light and salvation appear the most comforting and the release from the emotional vice all the sweeter when it comes. It’s when we really see what actors are made of and we see just how emotionally attached we are to the characters we’ve been asked to bond with. It’s drama in its most pure and dramatic form.

So with this in mind, we thoroughly intend to let Black Mirror take us on an utterly miserable trip into the darkest avenues that Brooker’s ‘techno-paranoia’ road can take us down. 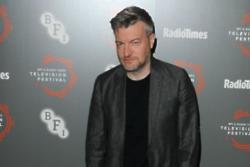 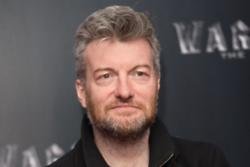 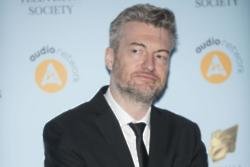