"When we first started, people said that we didn't belong with the company," says Brie Bella. The legendary WWE Diva is on the other end of the phone, speaking to me from what I assume is her home in the United States, watching her husband, WWE Superstar Daniel Bryan in the garden in over 100 degree heat.

"We're such hippies" she laughs, saying that the two enjoy the simple life despite their careers thrusting them into the spotlight.

Bryan is a man who has always enjoyed the praise of the WWE Universe, but this isn't something his wife and sister-in-law could enjoy. In regards to not being immediately accepted, Brie was of course referencing her WWE brand - The Bella Twins - made up of her and her twin sister Nikki Bella.

Now nine years into their career, the pair have each held the Diva's Championship, with Nikki looking on course to break the longest reign record currently held by retired Diva AJ Lee.

"We wanted to prove that we did [belong with the WWE] and now nine years on, it's great being a part of the Bella Twins brand."

She says of her sister: "I love Nikki being the Fearless Champion, it's great and hopefully she can break that record and take the number one spot."

In the reality era of WWE, the company are very open about how things are scripted within their world, and though Brie loves being a part of that, she would love to get involved with the "gimmicky" side of things she watched growing up as a kid.

Last year embroiled in one of the best storylines the company offered, Brie and her sister went up against Stephanie McMahon of The Authority, but Nikki turned on Brie allowing her own career to be propelled forward towards the championship, whilst Brie was left in the dust.

Now with their friendship rekindled and sisterly love back on track, Brie's still got the championship in her sights.

"I absolutely want to go after that Diva's Championship, but Brie's sort of the nicer twin... though I'm sure it'll be hard when Summerslam comes around to not be tempted to try something with Nikki!" the WWE Diva jokes.

With some fantastic matches already in her back pocket, there is still one big match-up she has firmly in her sights for the future.

"There was talk of this at WrestleMania; I would love Team Besties - Lita and Trish Stratus - to go up against Team Bella... and it could happen!"

Unfortunately with no definite plans, the twins are left battling the small roster of ladies the company currently has to offer. There is plenty of talent bubbling under the surface however, with Triple H's incredible NXT brand.

"My sister and I were begging [Vince McMahon] for more Divas to come up to the main roster from NXT after WrestleMania, but they have to wrap up their stories there which can sometimes be why it doesn't happen immediately and as fast as we'd like."

Asked who she'd like to make the move, she responds: "Ugh, all of them?! (laughs) Definitely Charlotte, Sasha, Bayley, Becky..."

As the biggest stars of E!'s hugely successful reality series Total Divas, fans have been given the chance to go behind-the-scenes with the Bellas alongside other fantastic WWE Divas, and the fourth season is just around the corner for UK viewers.

"There's lots of drama. But also last season you saw talk of Daniel and I hoping to start a family, that continues this season... Everyone wants to see Daniel Bryan go for his fertility test!" she quips.

One woman who's rubbing the cast of the show the wrong way however is Eva Marie - "she refuses to train with NXT which annoys the women" Brie explains - Eva instead stays in her hometown and trains with Brian Kendrick.

"But I think everybody in Total Divas this season goes full Brie Mode at least twice!" Brie continues, assuring us that the ladies do have a good time amidst the fireworks, and promising she's not going to throw up on her sister again this time round.

"It is sometimes hard living life in front of the cameras, but my husband and I just roll with it and get on with things." Brie tells me, before we finish up the interview.

If there's one thing clear from speaking to Brie, it's that she not only absolutely adores her husband and sister, but the WWE company as a whole. Whether or not she'll stay with it for the foreseeable future is to be seen, but she and Nikki will be a huge loss when they eventually do decide to step out and let the other ladies shine. 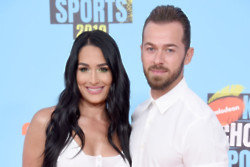 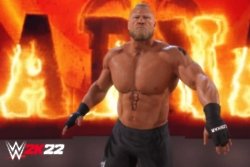 WWE 2K22 review: A long-awaited return to the gold standard makes this a must-play for any fan