Helen Skelton: I was groped live on air whilst pregnant

Helen Skelton has alleged she was groped live on air by an interviewee whilst pregnant almost four years ago.

Helen Skelton has alleged she was groped live on air by an interviewee whilst pregnant almost four years ago.

The 34-year-old television presenter - who has two-year-old son Ernie and 23-month-old son Louis with her husband Richie Myler - has claimed that during the live coverage of a sporting event in 2014, she was left feeling "really awkward" when an unnamed man "grabbed [her] on the a**e".

She said: "Basically, this guy grabbed me on the a**e when I was presenting live telly. I felt really awkward about it. I was pregnant at the time as well. I didn't really know what to do.

"It's intimidating and you don't want to be the person who is being difficult and awkward. That's just the culture that television breeds. No one wants to be difficult. You want to bring solutions, not problems. We are all 'happy, happy...'"

The 'Countryfile' presenter - who didn't reveal the name of the man or which sporting event she was covering - revealed the issue was later dealt with, but only after fellow presenter Colin Murray "kicked off".

She added: "[Colin] kicked off and said that needs dealing with. It was handled brilliantly because of that. I'd never thought about complaining. I don't want it to become my identity. The man in question was punished. There was a line drawn under it, and that was that."

Helen also touched on the gender pay gap issue, as she claimed that industry was "inherently unfair", and urged people to keep the conversation "relevant" or else people will stop listening.

Speaking in an interview with the Daily Telegraph newspaper, she said: "I signed that contract because, the minute you don't, there are 10 people behind you that will.

"We have to be very careful that this doesn't become a winging old boring argument. It needs to remain relevant. We need to - and I know this sounds awful - keep the argument sexy. We have to keep it in the public eye." 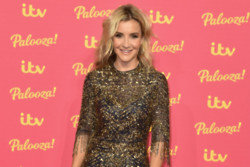 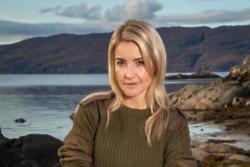