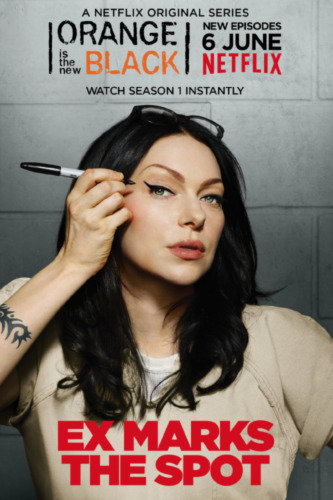 Orange is the New Black wasted no time in becoming Netflix's most popular original series of all time following the release of its first season, and so it should come to no surprise that not only was a second season commissioned, but a third is also in production.

As some of the cast hit London for a press junket, we got the time to catch up with Laura Prepon who plays Alex Vause over the phone about some of her best moments on-set, what to expect from her character moving forward and the amazing fan reaction she's received since Orange first premiered.

How much did you know about Alex when you first got the role?

Not much. I actually had gotten the role on 48 hours notice! Then I moved to New York to start shooting, which is cool to kind of get like thrown into the fire, but yeah, I love her. She's an amazing character, she's totally complex and she's a badass.

What is it about her that you think makes her such a fan favourite?

Honestly I think the fact that she's a straight-shooter. She says what's on her mind, and she's a tough chick. She's a total badass, yet we also see her in these moments of vulnerability because she totally loves this woman.

And, she's real. You can empathise with her, because everyone knows what that's like - to have this love of your life, you know? And to be heartbroken.

People just relate to her because she's real and grounded.

Something major happens between Alex and Piper in the first episode of this second season. Without giving away too much, what should fans expect from their relationship going forward?

Well, basically I mean, you're always gonna have that kind of tumultuous push and pull with them, and you get to see more of their back story and how they met which is great.

Then there's some twists and turns coming up, but I can't give too much away! 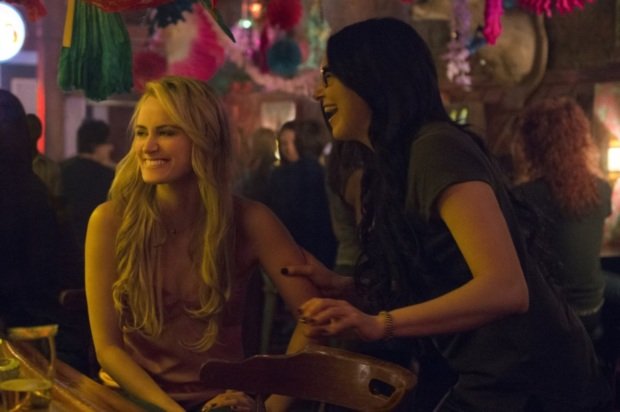 How does it feel to have such a warm fan response, that pretty much demanded your inclusion in future episodes when there were rumours of you leaving?

Yeah, I mean unfortunately I had only done a first year contract - a lot of the actors on the show did - and a schedule conflict came up which I've since resolved way before we'd even started filming season two.

So, I'm actually gonna be back in every episode of season three which I'm really excited about.

But yeah, I mean, Jenji (Kohan - Orange is the New Black creator) talked about having me be in as many as I could and we tried to work out as many as I could, and I totally missed the girls, I love the show so much, I can't wait to get back to work in like three days! (May 31) Isn't that crazy?

The fan response was so overwhelmingly amazing. As an actress you can only hope that people really connect with your character and it was just - it was the best compliment ever, it was great.

With so much versatility in the show - the amount of characters - and no specific main character, do you think that's what makes the show so successful?

Yeah, Jenji always talks about the fact she wanted to do a true ensemble, and this show does that. It's really great.

You have all these amazing, powerful, independent women and it's just, it's such a great show. There's something for everybody.

What have been some of your favourite scenes to film so far?

That's a hard question because I love them all.

I really loved when Piper and I did our flashback in Europe scenes because we got to go to this really great - because we shoot in Queens at our prison - an abandoned children's psychiatric hospital - and it was really nice to be able to film in this beautiful location in Manhattan and do these great scenes together where it was really great acting, and at the end of the day it was so satisfying. That was a really great day.

How much more will we learn about Alex in this season?

A lot. Our logline is that 'every sentence has a story', and we really delve into that.

You learn about a lot of the other characters, you see more about how me and Piper met, and it's cool.

It is an ensemble, so everybody is involved.

What hopes do you have for Alex going forward?

Well I always love the back story. I hope we can see more of her back story in season three which I'm sure we will.

And the scenes I have with Piper I always love.

I don't know. The writers always have something great up their sleeves so I never try to guess what they're gonna do.

Oh my God, it's amazing. These women are amazing. Literally, we have so much fun doing this show, because shooting in a prison, you know, the environment - even though we're like a dramedy - the environment can be a little bleak.

You wake up in the dark, you go home in the dark, you're working in a prison. It can be a little 'not seeing the sun for a while' - it can get a little rough! But, these women are so amazing and there's so much levity between scenes with dancing or joking around or whatever - it's great.

Have there been any really challenging moments for you?

Not really... I mean honestly just basic stuff like, when we're shooting in the winter, and we never see the sun, that can be a little rough, but in terms of the work itself, anything, scenes that are challenging or whatever, I always feel so satisfied and amazing after the scenes are over, because you get pushed out of your comfort zone.

These women, we all support each other so much that at the end of those challenging days I just feel really satisfied as an actor.

When you're in between scenes do you ever get up to mischief or pulling pranks on-set?

(laughs) No, we don't really do that!

Finally, do you have any other projects in the works that you can share some details about?

Yeah, I've been working on my directing since I was on That '70s Show - I went to film school at night when I was on that show, directed two short films, directed a pilot for a show that I sold to Comedy Central.

So yeah, directing is something that when I'm not working on Orange - Orange is my priority right now, we're going back to work in three days (May 31) - but when I'm not doing Orange, I'm always focusing on my writing and directing.

All 13 episodes of Season 2 of ORANGE IS THE NEW BLACK launch exclusively on Netflix on 6 June 2014. 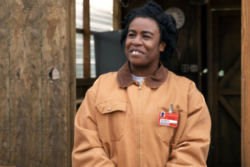 Orange is the New Black is over: Where did all of the characters end up? 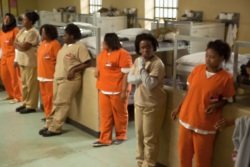 Then vs now: The cast of Netflix original series Orange is the New Black 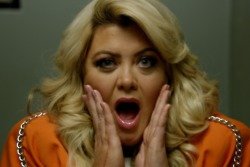 Gemma Collins joins Orange is the New Black… sort of