Angie Bowie has a breakdown on Celebrity Big Brother 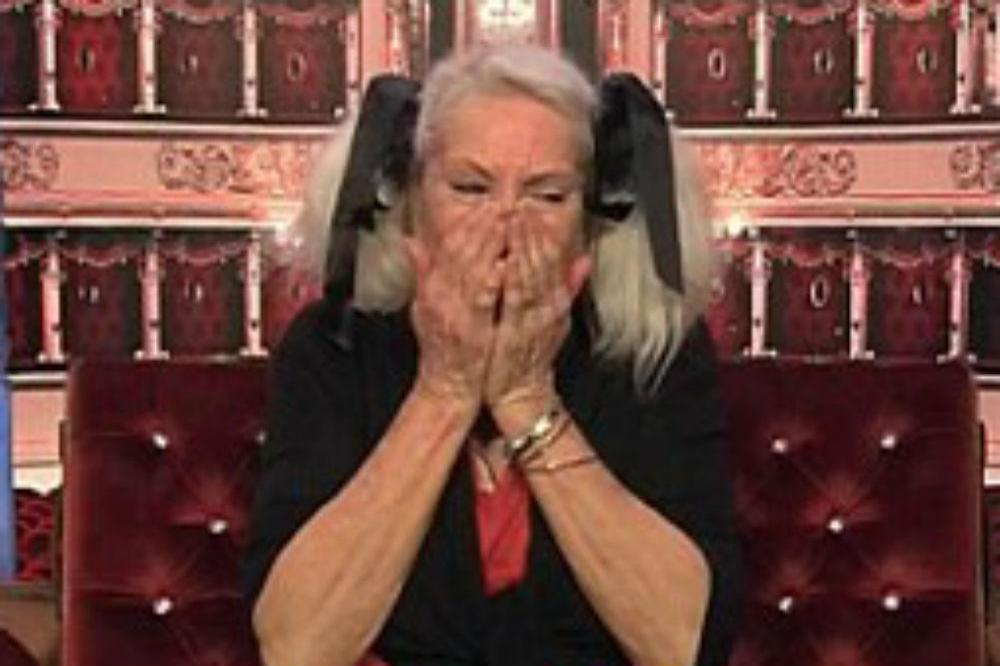 It was the lights being left on in the bedroom that appeared to prompt Angie's foul-mouthed outburst.

Curling up in bed, covering herself with the duvet, Angie was head saying: "Put the f***ing lights out, assholes, dumb f***s."

She then began packing her suitcase, with Gemma Collins and Megan McKenna looking on.

When Stephanie Davis and Jeremy McConnell asked what she was doing, an irate Angie told them to "Shut the f**k up", causing the pair to break down into fits of laughter.

After taking the rollers out of her hair and putting on a hat, Angie stormed up the main stairs of the house and started banging on the entrance door. At that point, Big Brother called her to the Diary Room.

Entering the room, Angie's outburst really began, with the ex-wife of David Bowie telling Big Brother: "You know what I want? I want to leave now ... NOW! Give me my stuff. Give me my stuff, now! Hurry the f**k up."

When Big Brother tried to placate her, Angie replied: "F**k you, I'll get out!"

She was then seen strutting down the corridor, where she pulled the door and banged on it before being unable to get out.

She then returned to the Diary Room and started turning off the lights, before she was told to stop touching the equipment.

Adopting a sarcastic tone, Angie said: "Please get me my stuff and then I won't touch any of your equipment."

She continued: "You did it - you cracked me. Ooooh. It was all going to be just peachy until you decided that the smart day to drive me crazy was to have another of your pathetic parties where you inebriate this people with alcohol and I can't sleep. No, it's over.

"Get me my s**t. I am not staying here another minute. Get me out of here now."

When Big Brother told Angie she would have to wait as it was the middle of the night, she replied: "I don't give a flying f**k. You are just pathetic capitalist wh***s. Get me out of here right now."