[Exclusive] E!’s Melanie Bromley’s Top 5 Reasons To Be Excited About The Royal Wedding

With Prince Harry and Meghan Markle set to get wed on Saturday May 19, we speak to E!'s Melanie Bromley about why we should be excited about seeing the big event take place!

Ahead of tomorrow’s (May 19) highly anticipated Royal Wedding between Prince Harry and Meghan Markle, we caught up with E! presenter Melanie Bromley to find out exactly why she’s looking forward to the event. Here, she gives her top 5 reasons for being excited, and why you should be looking forward to seeing the pair tie the knot, too! 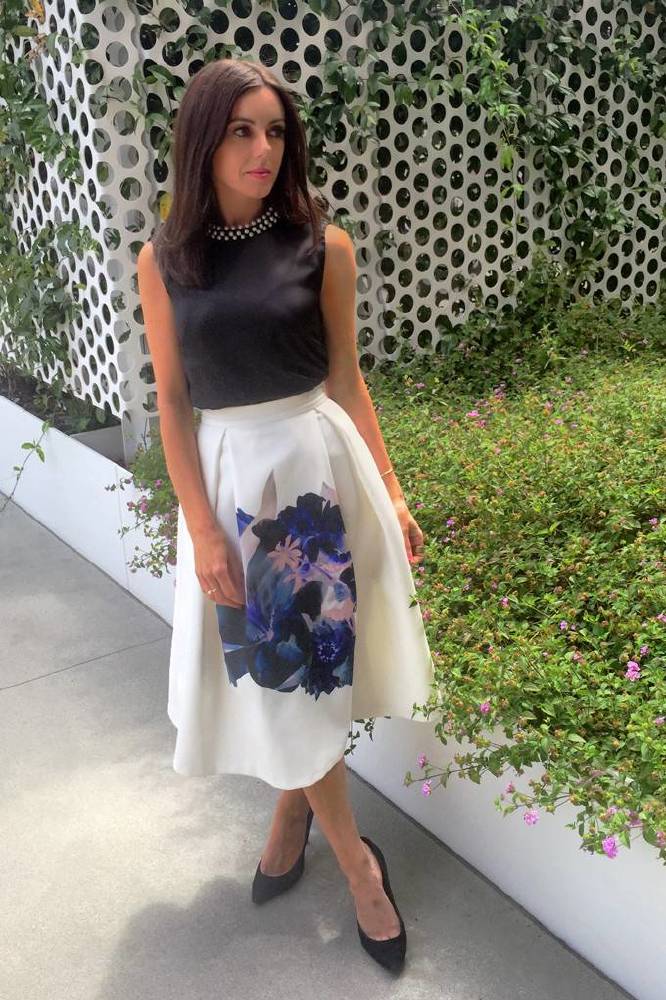 Melanie Bromley is looking forward to seeing Harry and Meghan get wed!

1. It Marks The End Of #BritishRoyalsSoWhite

Meghan’s biracial identity means she understands what it’s like to deal with racism, which brings some much needed real-life experience to the House of Windsor. As traumatic as some of her past was for her, it gives her an opportunity to use her perspective to help others and I can’t wait to see what she does with that.

2. Harry’s Face After The Ceremony

It’s been a difficult road for Harry; the 33-year-old’s had the requisite ups and downs that seem to go hand-in-hand with the title of being the ‘Spare Heir’. It’s a role which must feel rather strange; the purpose being to hang around just in case something awful happens to your older sibling. With it, Harry has floundered as much as generations preceding him, so I don’t think there’s a Royal watcher who won’t feel slightly emotional seeing him ride in the open-air carriage after the ceremony. It will be our first sighting of Harry as a married man; the same boy we witnessed walking behind his mother’s coffin at the age of 12. In-between then and now, his growing pains have been so public they’ve made the front cover of newspapers around the world. It’s only fitting that, in finding his happily-ever-after, Harry will dominate equally as many headlines.

It’s the most closely guarded secret of the big day, but by around 11.55am local time on Saturday, May 19, we will finally know who bagged the biggest fashion commission in almost a decade. Whoever Meghan Markle chooses to design the dress she will wear on her first day as HRH has a big job on their hands. The gown has to be history-making, it has to be timeless and, ultimately, worthy of the estimated two billion pairs of eyes that will be watching as she walks down the aisle. It will be the culmination of thousands of hours of work by hundreds of seamstresses over months of fitting and alterations; after all the final result will be taking centre place at the last great Royal Wedding for a generation.

Harry and Meghan’s wedding is the equivalent of the Oscars, the Met Gala and the Super Bowl all rolled into one. If you are one of the 600 people attending then you don’t only have to worry about dressing appropriately for the unreliable British weather, but also, worry that the entire world will be watching as you step foot inside St. George’s Chapel – no pressure or anything! A fashion risk could result in a viral meme becoming a stranger’s screensaver for the next couple of years. It’s going to be the ultimate people-watching experience; an all-you-can-eat smorgasbord of fascinators and floral prints, with a few fashion disasters sprinkled in for good measure. We’ll also get to see adorably cute pictures of Prince George and Princess Charlotte as they carry out their official duties.

5. The Chance To Witness History

I am a lifelong sufferer of FOMO – it’s in my DNA! Taking a ringside seat for this moment of history is the ultimate invite I can’t refuse. With E!, you’ll get everything you could possibly want. If history turns you on, we have it – I’ve been reporting on the Royals for years! If you just want someone to keep you company as you gawk at the hats, we’re there! Early morning champagne buddy? We’re your people! Gossip! We’ll know every meaning behind every romantic gesture. Make no mistake, May 19 is going to be a history-making occasion that you won’t want to miss.

E!’s Live From The Royal Wedding airs Saturday, May 19 from 10am.