Did you know that they steal the babies from their crying mothers the day they’re born, so that you can eat that grilled cheese sandwich? 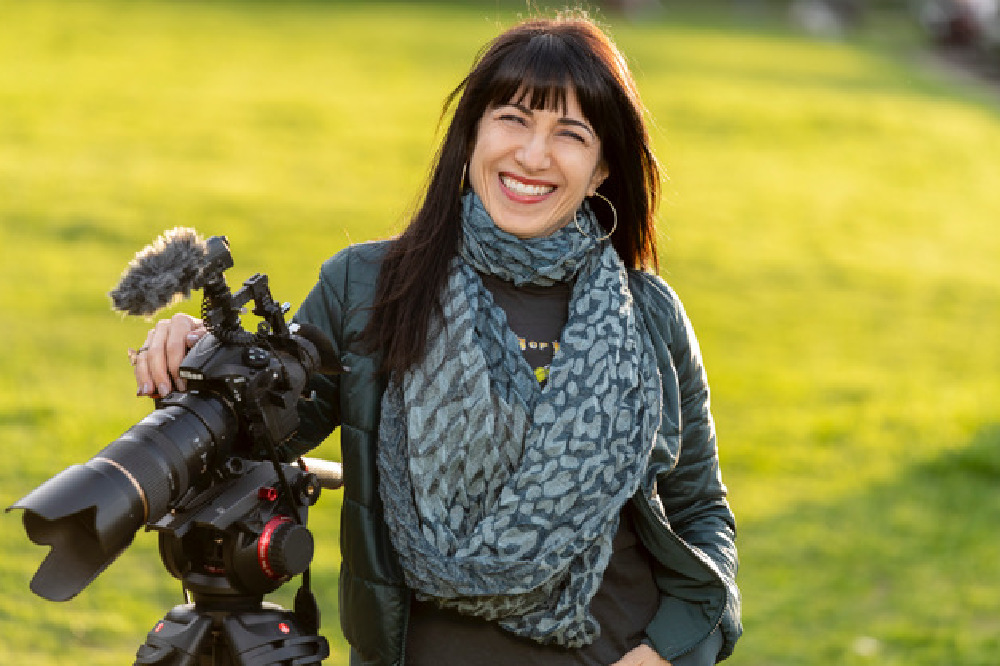 Please tell us a bit about your new documentary Baby Hers.

Baby Hers tells the well-hidden but sadly true story of how we get dairy: by kidnapping baby calves from their mothers and then taking the milk that was intended for them. It’s crazy, but even I never thought about the fact that cows only produced milk for their calves, and I’ve been an animal lover and vegetarian since I was a child.

What inspired you to look further into the unique bond between a mother and her baby?

I’ve come to believe that the only way we humans have allowed so much cruelty to happen to animals is that we see them as less feeling and thinking beings. Science has proven this to be untrue, but there are entire industries (beef and dairy, for instance) that rely on this continued belief. I wanted to show that mother cows are just like us: they love, fiercely protect and mourn the loss of their children as much as human mothers do. Cows are known to cry for weeks after their calves are taken. The story of the cow hiding one of her twins after birth, to try and trick the farmer into thinking she’d only had one baby – well if that doesn’t demonstrate their ability to feel and think like us – I don’t know what will. It broke my heart, knowing that after all she did to protect him, in the end she was powerless against the farmer.

Why are animal rights so close to your heart?

I’ve always loved all animals – I find them fascinating! I got really into birds when I was a kid, each year we had a nest of cardinals outside our living room window. I would watch the mother cardinal sit and protect her eggs, then saw the babies hatch and be fed by their parents. It really showed me how animals and their families are like us. I’m also painfully aware of how vulnerable animals are to humans. We have so much power over them, and they rely on us to be compassionate. I’m very protective of any group that is victimized or mistreated, human or animal.

Are you vegan or do you avoid dairy in your own life?

I am completely vegan now – once I discovered what factory farming was doing to dairy cows and baby chicks I was horrified. I became a vegetarian when I was nine because I loved animals so much and didn’t want to hurt them. I was furious to discover that I’d been blindly participating in it. So about six years ago, right before I moved to Austin, I begrudgingly gave up all animal products. At first I was really mad – so I wrote about it in Huffington Post, but I knew very few people would read about something they don’t want to know about. That’s when I started to think about film.

Why should people re think their dairy consumption?

There are SO many reasons to give up dairy – compassion, health issues, the environment. I focused mainly on the emotional aspects of it in my film. But there are so many great documentaries that show how truly unhealthy it is for humans to consume dairy. I know – that goes against every PR and ad campaign you’ve ever seen. But it’s really true. The documentary Forks Over Knives blew my mind, the science and evidence that exists proving that dairy causes cancer is astounding. Our bodies aren’t designed to consume it – it’s why SO many people have “allergies” or are “lactose-intolerant.” As Chris says in my film, it’s a beverage meant to grow a 600-pound cow, not humans.

Why does so much of the food we produce create such a breeding ground for bacteria?

According to the Center for Biological Diversity, more than 60% of emerging diseases are zoonotic, or diseases that pass from an animal or insect to a human. Factory farms and live markets have done irreparable damage to all of us: animals, humans and the planet itself. Sadly 99% of all of the food in the US comes from these types of farms – where the animals are over-crowded, mistreated, neglected and suffering every day of their lives. The conditions that these poor animals live in not only affect them, but when you ingest an animal that has been standing in its own filth and scared its entire life, you take all of that into your body – including cortisol and anxiety from the stress hormones the animal has been producing day in and day out. Like it or not, the suffering of animals directly affects our bodies – we are all connected.

Why do you think so many people overlook the obvious- that cow's milk is for cows and not humans?

I think we do what we’re used to doing, and seeing others do. And if someone is making a profit off of it, they will fight change as long as they are able. Whether it’s slavery, racism, or exploiting animals. There was a time when it was acceptable to own other humans – but as Maya Angelou said “When you know better, do better.’ Most of us have been raised on cow’s milk and grown to love the dairy products made with it. But luckily now there are so many delicious alternatives, it’s easier than ever to transition off them.  So many people have asked me for good nondairy suggestions so I’ve started an Instagram account @howtoditchdairy with my favorites!

What drew you towards more social causes for the basis of your career?

I have been trying to do this type of social good work throughout the majority of my advertising career. I fell in love with advertising that helped make a difference when I was still a junior copywriter at Ogilvy & Mather and won the right with my first partner, Stefanie Ollenberg, to bring in a new probono client for the agency – The National Eating Disorders Association (NEDA). I was ruined after that – all I wanted to do was work that made the world a better place. I actually moved to Austin, Texas five years ago from New York City to lead the creative for an advertising agency that focused on environmental and social causes like water conservation and drunk driving prevention.

If you had to convince someone to go dairy free with just once sentence what would it be?

Did you know that they steal the babies from their crying mothers the day they’re born, so that you can eat that grilled cheese sandwich?

At the moment I’m focused on getting “Baby Hers” in front of as many eyes as possible, looking for distribution and partnership opportunities. And since my background is advertising, I’d love to create a PSA campaign to get the truth about dairy out to try and undo the damage that’s been done with other very successful campaigns. After that I’m hoping to do more short films that speak for the voiceless. Sadly there are many ways that we humans are exploiting and harming animals daily. I feel like there’s a lot of work to be done. 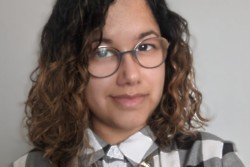 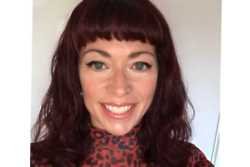 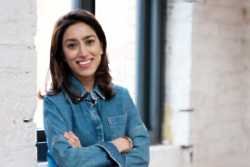