Love comes in the form of talking, hugging and not caring too much about the cleaning according to those who have been together the longest. When 2,000 over 50's were asked how they keep their marriage strong- they admitted building a home together and showing their weaknesses are pretty high on the list.

They also rate kissing highly- at least 14 times a week to keep their relationship alive.

When they were asked 'what is love?' they said telling your partner your love them at least nine times a week.

Another thing to aim for is to encourage being silly with one another and trying not to get jealous when your partner was spending time with the opposite sex.

Retirement Move who commissioned the study found that four and a half months is when feelings being to grow in a courtship and only 9% think that love can happen at first sight.

Despite not falling for one another at the initial meeting- many believe in the concept of 'the one'- only one in seven cast this idea aside.

Richard Drew, CEO of Retirement Move said: "The list of what it takes to make love last covers a range of warm, quirky and honest pearls of wisdom from people who have really experienced love in all its forms.

He continued: "What the data reveals is that the warmest bonds and most valued memories aren't necessarily always the big standout things like exciting holidays or calendar moments, but actually in the living and enjoying of one another day to day.

In this spirit of this one in six people have proposed to their partner in their own living room.

A quarter of retired people said that the best thing about not going out to work every day is that they get to spend more time with their loved one. The majority believe that love gets stronger with age and this video proves the point. 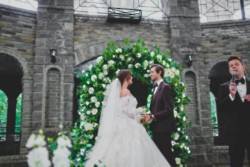 Wedding venues: Top tips on getting married in historic exhibitions

Meet four people who cheated on their spouse on Christmas Day