Young women are leaders of change in styles of storytelling in the new digital economy, a social media expert has found.

Dr Ruth Page, of the Department of English, University of Leicester, has completed an extensive study of the use of social media – including how celebrities harness Twitter as a new stage to perform on.

She found that there is a consistent difference in how women and men express themselves in social media sites such as Facebook and blogs, with women tending to disclose more about emotional topics and write about these in a more expressive way, for example with more emoticons, kisses and unconventional typography.

As well as identifying a clear gender divide in the way men and women express themselves using social media, the study documents the ways in which social media is being used to reinforce other kinds of hierarchies, such as the status that celebrity figures accrue and maintain through sites like YouTube and Twitter.

Dr Page, whose book Stories and Social Media is being published by Routledge, said: “Stories and Social Media is a landmark survey and critique of personal storytelling as it is being reworked online at the start of the 21st century. It highlights how social media is influencing personal storytelling and how language is changing as a result of the use of sites such as Facebook.”

“The study shows an increasing trend for using 'expressive language' in Facebook (for example, for emphasis or to project friendliness), which is being led by young women aged between 19 and 25 years.  Between 2008 and 2010, for example, the style used by young women was later picked up by other women, especially those over 40 years old, and by teenage boys; but not by men.

“The role of young women as leaders of the changes in the styles of storytelling in social media is significant as it is at odds with other statistics that show that they are under-represented as the developers of social media sites and software.”

In terms of celebrity use of social media, Dr Page concludes that “Twitter gives celebrities another stage to perform on, one in which they can tell stories which create an illusion of interaction and intimacy.”

An in-depth look into the Twitter habits of celebrities revealed some were much more engaging than others. Jamie Oliver is presented as a good example of a celebrity who has harnessed the power of social media to connect with this audience by telling his story.  Dr Page recalls; “At the time I was looking at Twitter for this book, he was promoting his Food Revolution tour in the US.  Many tweets are telling the Followers to join the campaign, watch a programme, try a recipe etc. (more or less selling his products) but all of that is countered by his efforts to engage with the followers by writing back to them, telling snippets of his family life and so on.”

The study of social media is a particularly revealing way to get an insight into people’s approach to storytelling as the emphasis is on the written word as the primary form of communication. As a result, the linguistic choices that people make become even more important, and amplify the sense of social connection with others - what is known in linguistic terms as our sense of interpersonal closeness with or distance from others.  Dr Page argues: “Although there is a lot of talk about how digital technologies will lead to the end of the book, social media shows us that storytelling remains a key way of how we make sense of each other.”

Tagged in Women At Work 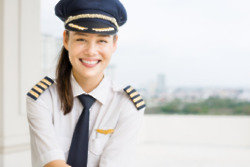 Most Famous Women in Flight 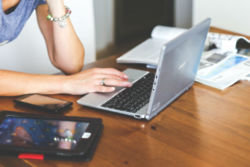 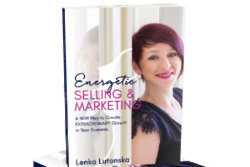