Author Alice Hunter writes a piece for Female First upon the release of her new book The Serial Killer's Wife.

Firstly, it has to be said, I didn’t always want to be a writer – it wasn’t a career I realised I could have. However, I did always love writing, with English being my favourite subject throughout my school years. I enjoyed nothing more than putting pen to paper and making up stories – I even recorded myself narrating some on my trusty cassette recorder! 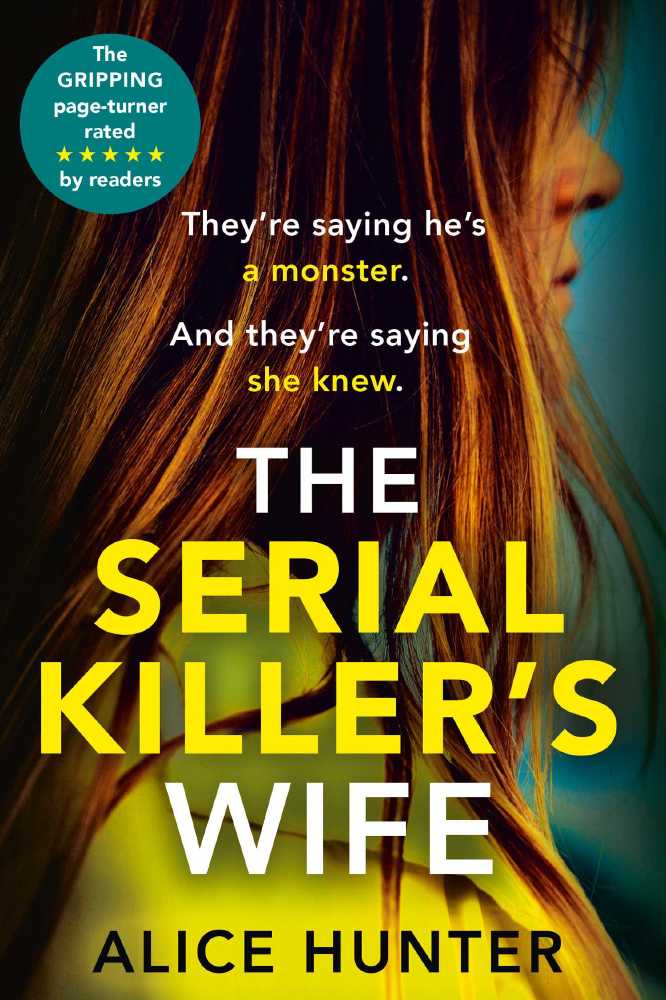 When I started college, one of my chosen A-levels was psychology – and not only was it my strongest subject, but it was also one I became fascinated with. My career aim at that time was nursing – and it was the path I took, starting out on as an auxiliary nurse. At a juncture in my life, and with the lure of psychology still strong, I decided to study for a psychology degree through the Open University.

I had a couple of modules under my belt when the opportunity to undertake adult nurse training came up – so I put the degree on hold while I gained my nursing diploma, resuming it once I’d qualified. Following this, I realised I wanted to use my psychology degree for something else. My love of the subject, coupled with a keen interest in criminology, led me to a position within the psychology department in a male prison.

During my time facilitating offender behaviour rehabilitation programmes, I gained first-hand experience of the criminal mind. This, together with a desire to understand what caused some people to adopt deviant lifestyles and choose to commit crime, enabled me to build on my existing knowledge.

I think it’s quite clear to see how I ended up writing in the psychological thriller genre! Most of my experiences while working at the prison were ones I could easily draw upon, and there were examples of a huge array of crimes relevant to the genre, so I certainly had enough ideas swarming through my mind. All I have to do is ask the question ‘what if…?’ and away I go.

But it wasn’t merely the job role and the environment I worked in which helped when I took up writing novels. Studying at degree level required a lot of focus, time, determination (I had to fit it around a full-time job and raising a young family), hard work, and the ability to write clear, coherent assignments. Formulating an essay is much like writing a novel – the elements of researching, planning, writing a first draft, revising and editing, ensuring your work is easily understood, creating interesting writing – are all skills I was able to use when it came to writing fiction.

Those are the more ‘mechanical’ benefits – but psychology is undoubtedly something that’s drawn heavily upon in the writing itself. As a writer, I ask many questions – like ‘what would someone do if they were put in this situation?’ or ‘How would someone react if their close friend or spouse committed a crime?’ Having studied psychology, I often research in a more focussed way because I know roughly what I’m looking for. And I’ve been known to drag my old textbooks out for inspiration and research. Occasionally an experiment I studied will spring to mind and I’ll think it’s a perfect topic for a future novel. My notebooks are full!

When The Serial Killer’s Wife was in the planning stage, I was particularly keen to explore why some women were happy to stand by their partners when they’d been imprisoned for violent offences. I’d worked with several men whose spouses were waiting for them to be released – and even men serving life sentences whose partners wrote to them regularly, as well as sending letters to the psychology team trying to convince them that their boyfriend or husband was innocent and how everyone had ‘got him all wrong’.

Psychology is also a useful tool when it comes to structuring the story. Dropping in that tense scene in just the right place, creating suspense by leaving a chapter on a cliff-hanger – and ultimately crafting a story which sends chills down the spine and taps into peoples’ fears – are all things used to take the readers on a journey with you.

RELATED: How the women in my life have inspired my latest character by Laurence Anholt

There’s no shortage of inspirational women in my family – my mum was an intrepid traveller, who practiced yoga and meditation into her 70s. My eldest daughter, Claire combines raising twins (there’s tons of twins in our family) with a high-powered humanitarian career at the UN. Her little sis, Maddy is a comedian, writer and Women’s Aid Ambassador...