Here are just 10 of the stunning images from Barcelona Sketchbook: Homage to Catalan Architecture.

The Barcelona Sketchbook evolved from looking at the city’s amazingly eclectic architecture — from Gothic to Modernism to the latest contemporary styles. Overall, Barcelona has been completely restored and revitalised since it was awarded the Olympic Games which took place in 1992. Since then the different mayors of the city have ensured that this restoration programme has continued to the present day. My observation of the buildings I wanted to paint in watercolours were all rich in history. As the book has 10 chapters I have chosen one or two from each which I recommend visiting, my “Top Ten” as it were. 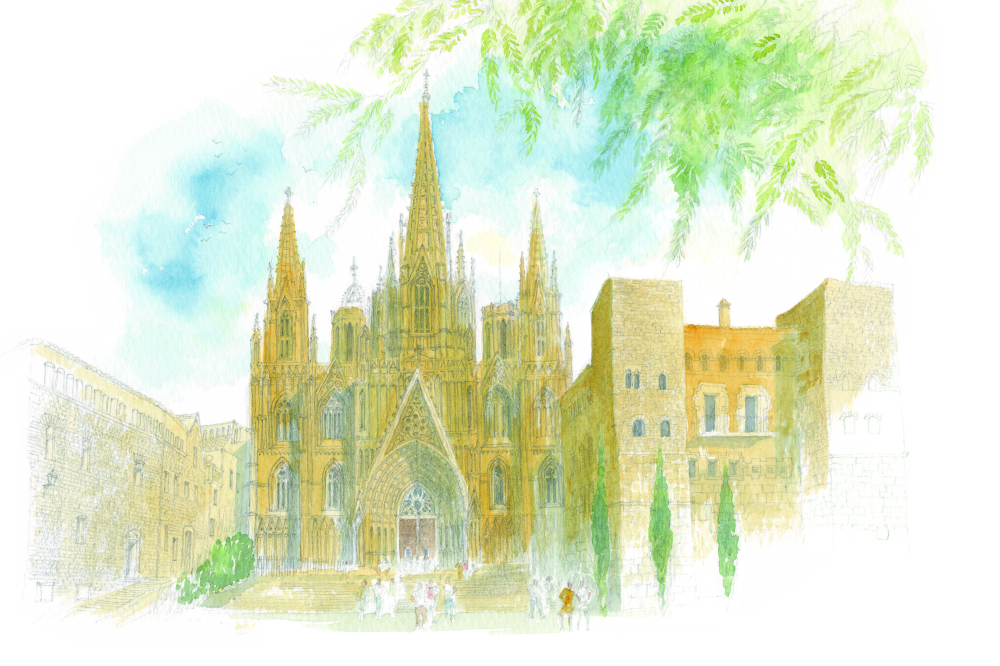 Placa de Catalunya. Considered both the city centre and where the Old City meets the 19th century Eixample/Modernism. The most important streets meet here including the Rambla and the Passeig de Gracia. It is a good place to start discovering the city.

The City Cathedral of Santa Creu i Santa Eulalia is a medieval building and is in the centre of the walk around the historic area. It is surrounded by the early Barcelona architecture. Also the exceptional Palau de la Musica Catalana is a must-see.

Image 3. The Rambla and Raval.

Barcelona's famous Rambla is a mile long walk leading from the city centre  to the Port. Traffic is confined to either side so there is space for flower stalls, bookshops, cafés and a wonderful market.

Casa Mila is Gaudi’s famous apartment block on the Passeig De Gracia. Your visit must include going inside and on to the extraordinary roof. And of course his masterpiece which will be completed by 2026 is the cathedral Segrada Familia. It was quite a challenge to paint!

This walk and view includes the dignified 1903 Port Authority Building and the wave-topped colonnades leading to the Aquarium  and  Maremagnum shopping and restaurant centre built during the 1992 Olympics.

Situated on the Passeig De Gracia  and known as the “Block of Discord”, this is the world's most inspired group of fin-de-siècle mansions. Guadi’s Casa Batlló is just one of the very many unusual and inventive styles used by a number of talented Catalan architects.

The magnificent Palau Nacional was the centrepiece of Barcelona’s 1929 International Exhibition. It now houses the National Art Museum of Catalunya. High up on Montjuic is a very modern building, the Joan Miró Museum built to exhibit the famous painter's work. It houses a permanent collection that is well worth visiting.

Parks are an essential part of city living and Barcelona rejoices in an exceptional range, all of which are worth a visit. Parc Guell is the most famous, designed for the Guell family by Gaudi.

The Church of the Sagrat Cor looms over the city and there is a delightful Blue Tram that has been taking people up to see it since 1901. Fresh air and  fabulous views are another attraction here.

Les Drassanes Reials (Royal Shipyards, now Maritime Museum) is in the port area. The 14th century large covered medieval building houses a full size replica of the Flag Ship of Don Juan of Austria who won the battle of Lepanto in 1571. It has a garden restaurant and a fine collection of seafaring subject matter. 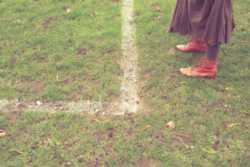 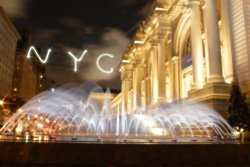 10 Reasons to honeymoon in Barcelona