Author Carey Baldwin writes a piece for Female First upon the release of her new book Her First Mistake.

I invented a test called the Sex Rep that was published in the Journal of Personality. It’s not about what happens between the sheets, though. It’s a measure of gender identity that utilizes unique personal constructs instead of sex-role stereotypes. Get it? That’s okay if you don’t. It took me my whole PhD dissertation to explain it properly. 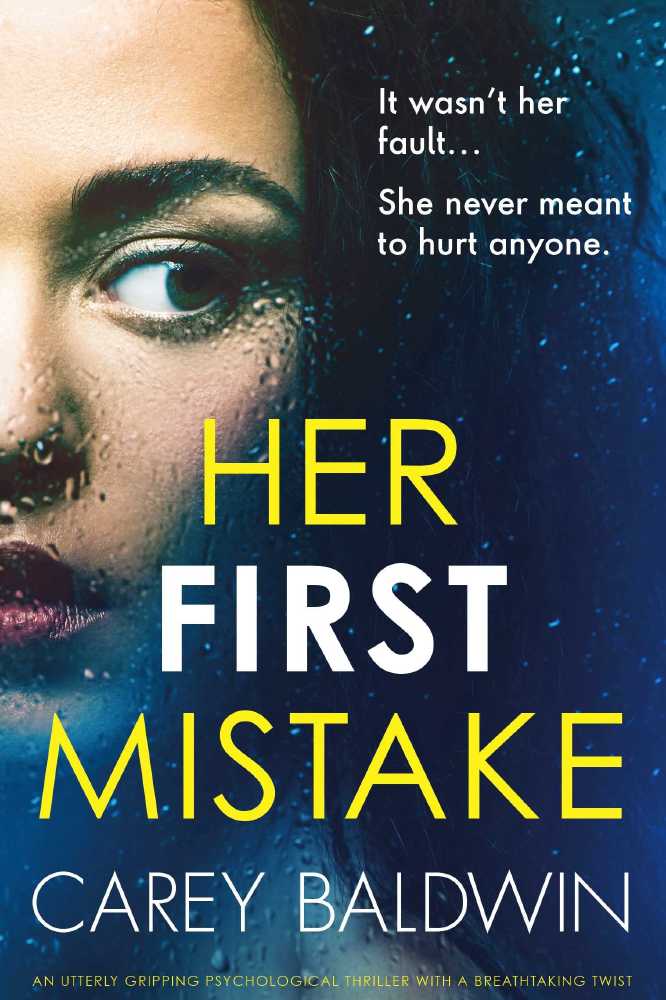 I was once Teacher of the Year at a university. That was the same year my son was born. I used to take him, along with his babysitter, to the university with me. The sitter would hang out with him in my office while I was teaching. One day, he went full on colicky-mad-inconsolable baby on her, so she brought him to me in the middle of class. I wound up breastfeeding him, discreetly, while carrying on with teaching. I was worried I might get the axe. Instead, I got an award.

I put salt on my cantaloupe. And I don’t think that’s weird, but my friends do.

I was an exchange student from the US to Italy my senior year of high school. I attended a liceo scientifico even though, in the beginning, I didn’t speak a word of Italian. I started out living with a family in a small Tuscan village, but in an unexpected plot twist, I had to move to another family in a big city because I was “too wild” for the town. Apparently, I inadvertently got engaged (remember, I didn’t speak Italian) and the family I was living with was livid. I wasn’t exactly delighted myself—I was sixteen. Anyway, live and learn, and don’t let a boy come calling after school without supervision. At least not while living in a tiny Italian village without knowing exactly what the expectations are. You’ll be glad to hear my Italian got better, and, at the end of the year, I returned home with no ring on my finger.

Whee! This is my second stab at a book trailer. What do you guys think? pic.twitter.com/Xa5WwIwT6O

My dog, Scout, is named after my favorite character in my favorite book: To Kill a Mocking Bird. My daughter’s roommate had a dog of the same breed, a Bolognese, and I fell in love with her pup at first sight. I was later informed that this breed was among the top ten dogs for lazy people. Perfect! Turns out Scout, who absolutely sparks joy in my heart, is the most high maintenance, demanding, four-legged creature I’ve ever known. And I’ve known a few! I’ve had 5 rescue cats and a rescue dog.

I once ran a marathon “with” my best friend. There was a huge crowd, and she and I lost each other at the portable toilets before the race even began. We each ran 26.2 miles without each other. That was a long, long day. Fortunately, there’s a sense of instant camaraderie with other runners in events like these, so I didn’t get lonely. Later, we went to eat, and I literally fell asleep in my shrimp cocktail and got red sauce all over my face.

I’ve always wanted to be a writer. I love reading to the point my parents used to worry about me because I wouldn’t go outside to play with other kids. It was my love of reading that fueled my desire to write. But I spent most of my adulthood as a single parent, and I had to make sure I could support my kids. So I deferred that particular dream and instead became a psychologist and later a physician (I’m still a practicing pediatrician). After my children were grown, I found the best man in the universe, got remarried, and finally gave in to my secret passion- writing. So far, I’m having the time of my life, and I can’t wait to share my stories with you! Thank you so much for reading!

RELATED: Seven things I'd like my readers to know about me by Emma Jameson

My first bestseller came to me in a dream. I’ve always been a writer. The first “book” I wrote, which consisted of two sheets of ruled notebook paper, was about a blind girl who could turn herself into a sighted cat. As a teen, I wrote stories about Luke Skywalker swashbuckling his way across the galaxy to meet, well, me. In my twenties, I tried my hand at fantasy, sci-fi, and romance. But it wasn’t until I dreamed about an older, never-married Chief Superintendent at Scotland Yard falling in love with a beautiful, much younger subordinate, that I started writing the book that would break through...