The top five fiercest women in Norse mythology by Genevieve Gornichec, author of The Witch's Heart

Author Genevieve Gornichec writes a piece for Female First upon the release of her new book The Witch's Heart.

The Norse myths, legends, and sagas, there’s no shortage of women mentioned. The problem is that we aren’t told much about many of them. Whether that’s due to the fact that stories about them simply didn’t exist (not likely) or were lost to time (more likely), there are some things we do know, so here are a few of my favorite fierce female figures from Norse mythology. 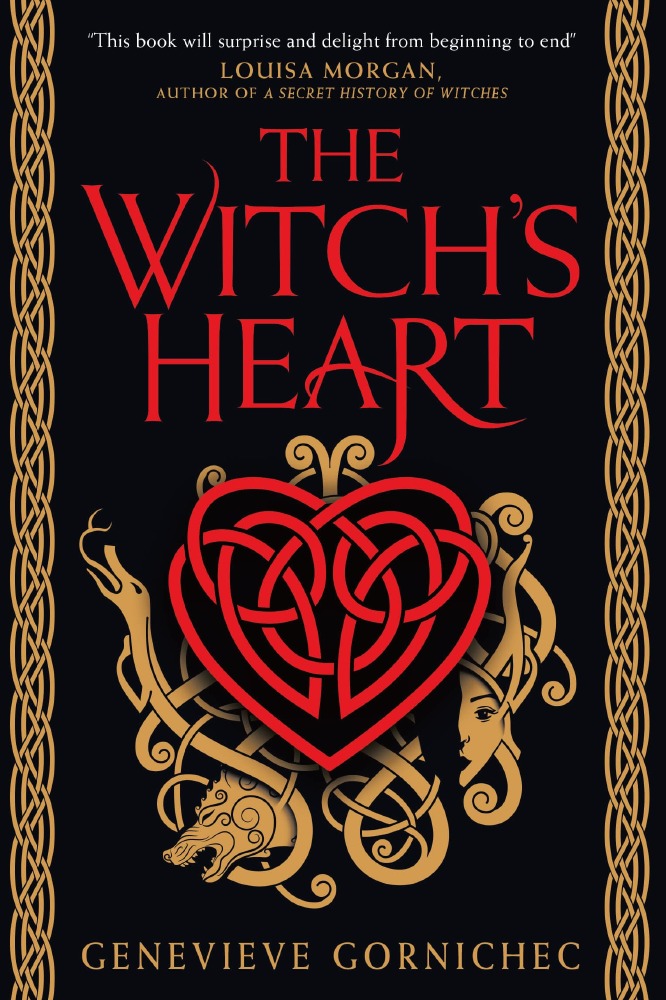 While the main character of my debut novel, Angrboda, is mentioned once by name in each of the Eddas and only as the mother of three of Loki’s children, Loki’s wife Sigyn is likewise defined by her relationship with him in the myths. We aren’t told much else, but what we do know of her is super important:

Sigyn stays with Loki to hold a bowl to catch the venom of the snake hung above him when he’s bound in torment near the end of the mythology’s chronological arc. We’re told that she’s not happy about it, and whether or not she’s there of her own accord is up for speculation. Either way, she is resilient as heck and absolutely earns a spot on this list.

Hel is the daughter of Loki and Angrboda. At some point, Hel and her two brothers (who are a giant snake and a giant wolf) are taken from their mother because the gods learned that nothing good would come of them, and shunted off to places where they couldn’t do much harm (allegedly).

When Odin and Frigg’s beloved son Baldr is killed, and his brother Hermod comes to ask Hel to give him back, Hel doesn’t exactly let them have their way. She says that if everything in the world will weep for Baldr, she’ll relinquish him, and ends up getting to keep him after one (1) person refuses to weep. She’s a hard bargainer, but a just one.

Frigg is Odin’s wife, who is also said to have prophetic powers. Frigg receives promises from every person, plant, and object that none of them would harm her son Baldr when he has dreams foretelling his death, but unfortunately, she thought the mistletoe was too young to swear, and it ends up being used to kill him.

A story that isn’t always recounted is one where Odin and Frigg pretend to be simple crofters and each foster a mortal son, and then taunt each other about whose foster-son is better. So in addition to being a fiercely devoted mother, the fact that Frigg has disguised herself to meddle in other people’s affairs at least once makes me feel like she’s truly on the same level as Odin. We love to see it.

You may have heard that Freyja is the goddess of love and beauty; the Norse Aphrodite, if you will. But although Freyja is said to be beautiful, her major associations are with sex, death, and war. Half the slain warriors are chosen by Odin’s valkyries to go to Valhalla, but Freyja chooses the other half for her own hall.

Although she, like Odin and Frigg, practices the prophecy magic seid/seiðr—and is sometimes said to have brought this practice to Asgard in the first place, as the mysterious woman Gullveig—Freyja is also not above hassling giantesses for information. She also basically tells Thor to get lost when he tries to make her marry a giant to get his hammer back. A true legend.

TWH has been out in the US for two entire months, but it seems a lot longer.

Thank you so so much for the love y’all continue to show for my weird little Norse mythology book. I appreciate you so much.

Skadi is my number one forever, and here’s why.

After her father is killed by the Norse gods in the aftermath of his kidnapping of the goddess Idun, the giantess Skadi grabs a helmet, chainmail, and “all weapons of war,” and goes to Asgard to avenge him. Instead, she’s offered compensation in the form of a husband from among the gods (although she is made to choose him only by his…feet?), and she dares them to also make her laugh too, because she didn’t think they could, but apparently Loki tying his testicles to a goat does the trick. Odin also made her father’s eyes into stars as an added bonus.

Skadi and her new husband Njord hate each other’s houses, so they part amiably; and she’s still a goddess, known for skiing and bowhunting. Also, Skadi hangs the snake above Loki’s head when he’s bound following Baldr’s death, and there’s some speculation as to why that was. Either way, altogether, she kicks ass. That’s it.

The giantess Gerd is my honorable mention, for standing up to the guy who tried to coerce her into marrying the god Frey, although he eventually succeeded (by bullying). If you’re surprised that the main character of my own novel didn’t make this list, I tried to rely on the source material rather than my own conjecture in ranking these ladies (although if it was a list of badass women from The Witch’s Heart by Genevieve Gornichec, Skadi would still be my number one. Sorry, Boda! I still love you!).

The book gets more momentum around halfway through; a change of pace from the witch’s ideal life with her children in the woods. The story does not falter for one moment, and each and every character along with every word they say has such purpose and meaning; it was very hard to put this book down.... 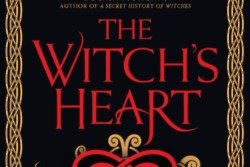