Seven things I'd like my readers to know about me by Hayley Doyle, author of Love, Almost

Author Hayley Doyle writes a piece for Female First upon the release of her new book Love, Almost.

Yes, the real Shirley Temple, not the drink! When I was a little girl, I loved watching her films with my nan. I would dance around the house and copy her. So, in 1989, when adult Shirley Temple Black did an interview on Wogan, she announced that she would be signing copies of her autobiography in Harrods’ the following day. My mum and my nan took me to London (from Liverpool) on the train and we queued for hours in the huge store. Shirley told me to “never change my hair” (it was in two braids) and that when I smiled, I had a dimple, “just like me!” 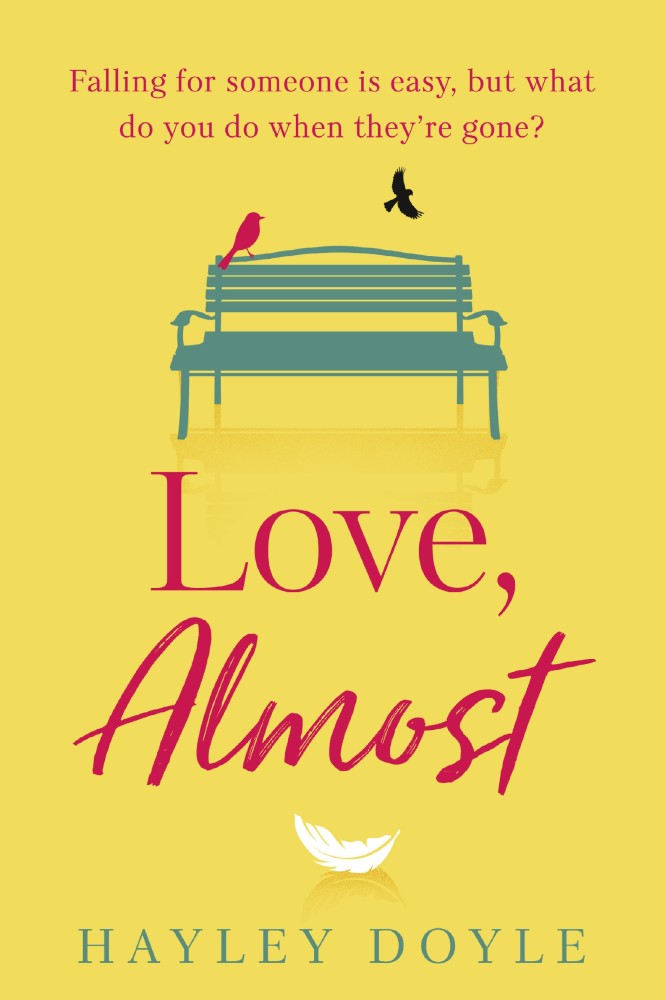 2. I used to sell toilet seats

My first job was as a Saturday girl in a giant hardware store in Liverpool. I worked in the bathroom department on the til surrounded by shiny, new toilet seats. Pinewood or mahogany? Or black plastic? After a year, I got a job in Woolworths and was put on the entertainment counter. Talk about living the dream. I got to put videos into boxes, CDs into cases, and choose the music played across the store. Cher’s ‘Believe’ was number 1 when I started. I felt like I’d come a long way from selling loos.

3. I was once a West End actress

After doing an acting degree, I auditioned for stage roles, mainly musical theatre. After nine auditions, I got the part of Ali in Mamma Mia!, which was playing at the Prince of Wales Theatre in London’s West End. I performed for over a year, eight shows a week, and made friends for life. These days, it’s not unusual for me to break out into one of the dance routines in my kitchen if an ABBA song is played on the radio. I don’t think I’ll ever forget the moves or the intense harmonies!

4. I was a rockstar in Indonesia

When I was asked to sing at a concert in Medan, Indonesia, I was unsure if the final gig would even happen. The rehearsals in London were vague and not well organised, but a few weeks later I found myself on a plane with six other singers. When the plane landed, we were not prepared for the welcome! We were showered with flowers, hundreds of strangers wearing t-shirts with our faces printed on them, and our headshots blown up onto billboards around the city! It was a surreal, incredible experience. The day after I got back to London, I was brought right back down to earth by starting a job in a call centre.

Auditions weren’t going in my favour. I’d just completed - and loved - doing a Masters in Creative Writing, but had to work four jobs to support myself. I needed a BIG change. So I got a job teaching musical theatre in Dubai for six months… And ended up setting my up my own theatre school called Hayley’s Comet and meeting my future husband. Dubai can get bad press, but there’s a lot of wonderful experiences to be had and people to meet if you scratch the surface a little.

6. I was a radio presenter

In Dubai, I hosted on talk radio station Dubai Eye, covering for presenters on holiday or off sick. This really added to my whole experience of Dubai. I got to report live from the Rugby 7s, Dubai World Cup, the Emirates Litfest and the Boat Show, plus lots of events and tournaments.

7. I got married in Vegas

We did it! We eloped! In honesty, we just decided to tie the knot, booked a flight and headed to the chapel. I wore a vintage 60s dress that I’d found in a Liverpool boutique for £15. We started the day with pancakes and a Bloody Mary and stayed at the Bellagio. No, Elvis didn’t marry us. But we did see Elton John at Caesar’s Palace, so I like to say that Elton played at my wedding

RELATED: 10 Things I'd like my readers to know about me by Carolyn Arnold, author of The Little Grave

Writing was never a hobby to me. When I started writing novels, I never viewed it as a hobby—even before I had earned a cent. I took it seriously and with a view to publishing for public consumption... to read more click HERE 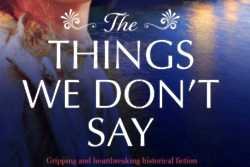