Seven things I'd like my readers to know about me by Rebecca Bradley, author of Blood Stained

Author Rebecca Bradley writes a piece for Female First upon the release of her new book Blood Stained.

1. I was born on the Gibraltar rock and yet (strangely, for a writer) I often spell Gibraltar wrong on my passport, using an ‘er’ at the end. It’s never corrected. In my defence, I was only there about three months and never needed to write my address! 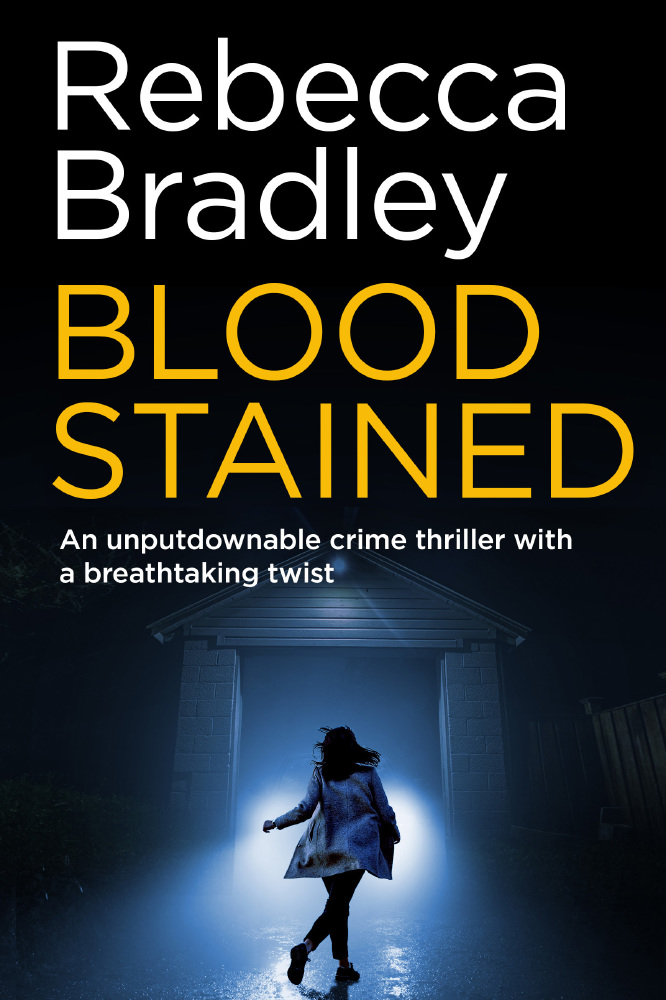 2. At the age of seventeen I did a sponsored skydive to raise funds for the local children’s hospital. It was one of the most amazing experiences of my life. The whooshing sound as you fall from the plane completely disorientates you and you have no idea which way is up and which way is down — no idea which direction you’re falling. It’s kind of terrifying and exhilarating all at the same time. But the peace that descends when the chord is pulled is like no other. You hang in the air with the world below your feet in miniature.

3. Unfortunately I will never be able to do another skydive again as I live with the genetic disorder Hypermobile Ehlers Danlos Syndrome. It’s a connective tissue disorder that means all my connective tissue is made incorrectly. It’s genetic, so I’ve had it from birth, but it was only diagnosed when I was an adult, after my son was diagnosed with it by his paediatrician.

4. At the time of doing the skydive I worked as a dental nurse. I loved working at the surgery and still get my teeth checked at the same place all these years later (I’m so much older than seventeen now!).

5. I joined the police at the age of twenty-nine. I always wanted to join, but when I was at school the police service had height restrictions and I’m only five foot tall, so I was too short. It wasn’t until I had my daughter (my eldest child) that I realised the restrictions were no longer valid and I could join. I absolutely loved the job. It was everything I hoped it would be and more. The people were great and I felt I made an impact on people’s lives. Following several years in uniform I moved to a specialist CID department working sexual exploitation. This was tough but worthwhile work. Eventually my ill-health caught up with me and I had to medically retire after fifteen years.

6. Before I started writing, I was studying a Geosciences degree with the Open University. I finished all my level one courses (year one of a three year course, though it took me two years studying part-time) when I decided to see if I could write a novel. I was approaching a big birthday and was one of those people who have always wanted to write a book. I told myself I’d take a year out to write the novel and then go back and finish the degree. I fell in love with writing and never went back. Of course I’d love to finish the degree, but I just don’t have the time to write the books I want to write and finish the degree. Maybe one year in my future . . .

7. At the age of forty-nine I became a grandma. My daughter had a bouncing little boy at the start of the pandemic and I was lucky enough to be present when he was born as I supported my daughter. A couple of weeks later and I wouldn’t have been allowed in, due to lockdown rules, but it was one of the most special experiences of my life.

Rebecca Bradley’s Blood Stained is published by Joffe Books in eBook and paperback. Her dark, twisty and utterly compulsive page-turner is out now and available on Amazon: www.amazon.co.uk/dp/B08XQWFMK4.

RELATED: Seven things I'd like my readers to know about me by Melissa Wiesner, author of Her Family Secret

I studied film production in my undergraduate program. One comment I often hear about my novels is that the descriptions of settings are vivid, and that readers often feel as though they’re on a beach in the Pacific Northwest or a road trip in the desert, right along with my characters. I attribute this to the fact that, as a filmmaker, I was a visual storyteller before I was a written one. It’s in my nature to think about what a scene looks like as it plays out—almost as if a moviegoer were watching it...