Author Caroline Montague writes a piece for Female First upon the release of her new book Shadows Over the Spanish Sun.

1.Shadow Over A Spanish Sun was written during lockdown which prevented me from travelling to Spain for research. Fortunately, I was able to draw on my own teenage years at my parent’s farmhouse in Mallorca where they lived for several years. The excitement of the school holidays, when I would step from the plane into the simmering sunshine and find my father or Ramon, their gardener, waiting for me. Climbing into my father’s ancient Mercedes, smelling the sweetness in the air, all this came flowing back. 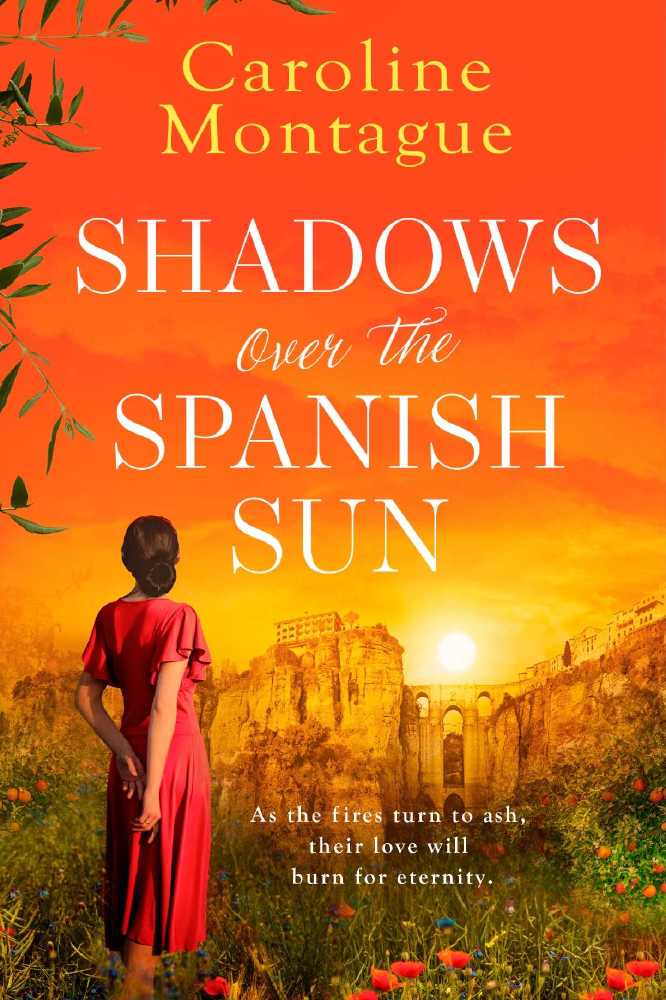 Shadows Over The Spanish Sun

Writing my novel I could almost taste my mother’s paella and hear the laughter in her voice as we jostled through the crowds on market day. The highlight of the spring was the orange harvest, the sweet Soller fruit native to the island. This was a busy time full of camaraderie and jokes as Ramon directed operations, attempting to catch the oranges in his battered straw hat. There was another side to Ramon, the moments when his wise old face would withdraw, and the shutters would suddenly come down. I never dared to ask him what he was thinking, but now I believed he was remembering the past when he was a boy, and Spain was shattered by the Civil War. It wasn’t long before I found Ramon was featuring prominently in my storyline.

2. From those early days, I wanted to know more about Spain’s more recent history, when brother was fighting brother, friend fighting friend, leaving an extraordinary legacy that can still be felt throughout Spain. I didn’t know then what my future held and there would be lots of twists and turns before I achieved my dream of becoming a novelist. I had always felt that one day I would write a story set in the Civil War.

3. Though it is predominantly a love story, there is another strand that runs through Shadows. Leonardo, my hero, is a caballero, a skilled horseman. Riding and horses have been part of my life, first show jumping my ponies, and later learning to be a dressage rider. In this sphere I competed to an advanced level, and spent much of my time in my dressage arena trying to perfect my craft. Sadly, I never had my hero’s brilliance. He is the rider I would have loved to have been.

4. Leonardo is actually modelled on my very dear friend, Carl Hester, Olympic gold medallist, arguably Britain’s finest ever dressage rider and a wonderful man. Though Leonardo’s and Carl’s lives are entirely different, they both have the same magical ability with horses and magnetic personalities that drawn people to them.

I can't believe publication date is nearly with us. Only a month and a half to go!! @KatieFforde @orionbooks pic.twitter.com/gw1dX6yZRx

5. Though I glean my characters from anywhere and everywhere, I share certain similarities with both Leonardo and Mia. I have a passionate love of nature and animals. Maybe it stems from my early childhood on our dairy farm in Oxfordshire. My father was a dental surgeon, and had all the skills to take over any difficult calving. I would watch with awe as he brought new life into the world. Later when my own mares were foaling, I would always think of my father. His love of living creatures spills into my own life --- I cannot see an animal suffering without wishing to rescue it, and have done so many times.

6. When I wrote about Leonardo’s riding accident in the first few pages of the novel, I was actually reliving the day when I was brought home from school to be told that my vibrant father was fighting for his life having been thrown from his horse. The next few weeks were crucial to his survival. He did emerge from his coma, but like my hero, it was a slow and painful recovery. There were some light moments, but it was a time of waiting and praying, hoping he would return to us. My writing is so often connected to my life, the experiences come from my bank memory, just waiting to be tapped. No experience on my journey has been forgotten and anything that has moved me will one day find its way into my stories.

7. I am so fortunate to have found incredible people to help me when writing my novels. With Shadows I couldn’t have written about something as sensitive as the Spanish Civil War without having help from either someone who has lived through it, or a historian with a deep understanding of Spain. I was lucky enough to meet the latter, an English historian John Mackay Adam, who lives in a hacienda in Andalucía. John was willing to give up his time to help and advise me, guiding me through the minefield of those turbulent times.

RELATED: Seven things I'd like my readers to know about me by Melissa Wiesner, author of Her Family Secret

I studied film production in my undergraduate program. One comment I often hear about my novels is that the descriptions of settings are vivid, and that readers often feel as though they’re on a beach in the Pacific Northwest or a road trip in the desert, right along with my characters. I attribute this to the fact that, as a filmmaker, I was a visual storyteller before I was a written one. It’s in my nature to think about what a scene looks like as it plays out—almost as if a moviegoer were watching it...