Author Tessa Morris-Suzuki writes a piece for Female First upon the release of her new book The Lantern Boats. 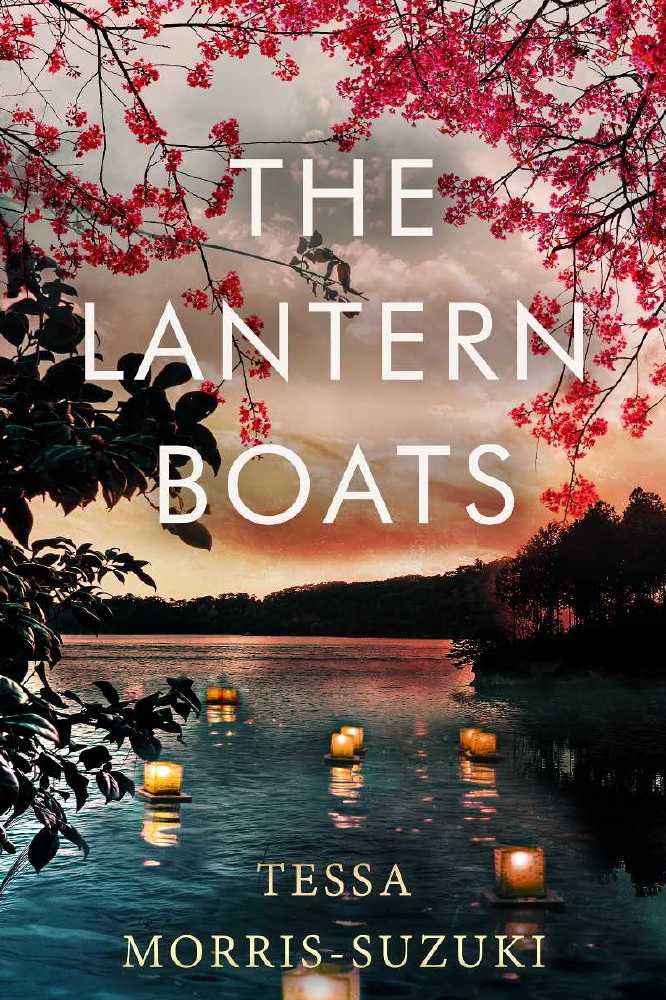 1. I LOVE BRINGING THE DEAD BACK TO LIFE. Isn’t it amazing to think of all those people who existed in the past – including our own great-great grandparents. They had dreams and favourite foods, silly jokes that made them laugh and pieces of music that made them cry – and then they disappeared, and we barely even know their names today. As a historian and a historical novelist, what I love most is trying to bring some of those people back to life – imagining what it would have been like to be them. It is only imagination, of course. I can only get a tiny part of the way towards to truth. But I find it such an exciting journey of discovery.

2. I LOVE LOST CIVILIZATIONS TOO. In September 2018 I spent time walking alone through the village on a windswept clifftop where the birdmen of Rapa Nui (Easter Island) used to prepare for the feat of climbing down the sheer cliff and swimming though wild seas to an island where sacred birds nested. The first to return with a bird’s egg became chief for a year. At that time, the inhabitants of Easter Island must have thought they were almost the only people in the world. We still have so much to learn about and from lost civilizations like this, and history and historical fiction open up doors into these lost worlds.

3. MY MOST TREASURED POSSESSION is a tiny velvet purse, beautifully embroidered by Aiko-san, an elderly lady who belonged to the very small indigenous Uilta ethnic community on the island of Sakhalin (also known as Karafuto), at the point where Russia borders Japan. There were only ever a few hundred Uilta people, but they had their own distinctive reindeer-herding culture and beautiful arts and crafts. I have made a number of visits to this fascinating border area, and love the way that Aiko-san used embroidery to tell her people’s story and to pass it on to future generations.

4. I HAVE JUST BECOME IRISH, AT LAST! My grandparents came from England, Scotland and Ireland, and my mother’s side of the family travelled around a lot, so I don’t feel deep ancestral roots to one particular place. But I have always felt a connection to my Irish grandmother (after whom I am named), and finally this year was able to make the connection official by receiving Irish citizenship, which has even inspired me to start learning a little of the Irish language. (It is remarkably difficult!)

5. SNORKELLING AND THE NATURE OF THE UNIVERSE. I first went to Japan in my early twenties as an English teacher, and while I was there, my Japanese friends introduced me to the joys of snorkelling. It was a revelation – like discovering a whole new underwater universe – and remains my favourite pastime. When I come across tiny creatures that inhabit cracks in the rocks or coral reefs, I think that we are like them. We flatter ourselves that we know our universe, but actually all we know is a minute corner of something so much bigger that we can’t even begin to imagine it all.

6. HOW WORDS CHANGE. In writing historical fiction, one of the most difficult things is conversation. The way people use words is always changing, and I spend a lot of time thinking which words and expressions someone would have used in early 19th century London or 1950s Japan. It’s a challenge, but also fascinating. Reading novels from the era helps. (My favourites include William Wilkie Collins for the nineteenth century and Josephine Tey for the mid-twentieth).

7. ONE OF MY FAVOURITE PLACES in the world is Toragy Point on the south east coast of Australia, where a tiny old cemetery sits on top of a headland looking out across the Pacific Ocean. I often go there with my husband and friends to see the seals who play on the rocks below and watch for whales on the horizon. My next novel starts there…

Tessa Morris-Suzuki's The Lantern Boats is published by Joffe Books in eBook and paperback. This beautifully written, deeply moving historical novel set in post-war Japan is out now and available on Amazon.

We have four chickens (and one of them lays very blue eggs). I really didn’t want the chickens (my husband and children were keen) but I got surprisingly attached to them very fast. They’ve genuinely got different personalities and I can happily sit for ages watching them pecking around...