Seven things I'd like my readers to know about me, by Ellyn Oaksmith

"Sometimes I fib and tell people that I meditate just to sound cooler than I actually am..." 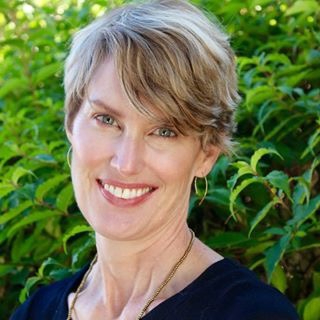 To celebrate the release of her latest novel, Meet Me at Whisper Falls, we asked author Ellyn Oaksmith to let her readers in on some interesting facts all about her! Here's what she had to reveal...

1. I have a saved phone message from my dad from when my first Bookouture book came out saying he’d read it twice and was running around the neighborhood telling everyone to buy it. It’s so nice to hear his voice. He died on January 14th, 2021; three days shy of his 84th birthday. The biggest compliment anyone can give me is to tell me that I’m like my dad.

2. I met my husband at a college reunion when he was on a date with someone else. My friend and I had nametags upon which we’d scrawled our stage names, if our chosen profession was stripping. Lulu and Tiffany. I was a writer in black jeans who worked on fishing boats in Alaska to support myself and he was a businessman in a suit and tie. We were an odd couple but 25 years, two children, three dogs and two cats later, we’re still together. And still odd.

3. During the pandemic I ordered about 56 pairs of jeans and returned them. The quest for a pair of jeans that are both stylish and comfortable continues. I’m putting my hope on a pair of 100% cotton Levi 501s that I ordered this morning. If you have a pair of jeans like the ones in The Sisterhood of the Traveling Pants, please send them my way.

4. I’ve been trying to meditate for close to two years. My record is about five minutes. Sometimes I fib and tell people that I meditate just to sound cooler than I actually am.

5. When I was a kid, I used to pretend, when I was taking a bath, that I was being interviewed by People Magazine because I was a celebrity. I’d also randomly talk with a British accent to strangers. My fantasy life has always been a bit over the top. Thus, the writing.

6. The day I graduated from high school a friend of mine and I got really stoned and walked all over Seattle philosophising (I’m sure it was deeply profound) for miles and miles. I would give anything to hear what we were talking about. We thought we were so wise and likely sounded like complete and utter idiots.

7. In the summer I often swim in Lake Washington for about a mile with a neon floaty trailing behind me so the speedboats can spot me. Mid-swim I just float on my back admiring Mt. Rainer looming over the water to the south and the occasional hunting eagle or Peregrine Hawk, thinking how lucky I am to live in such a beautiful place. 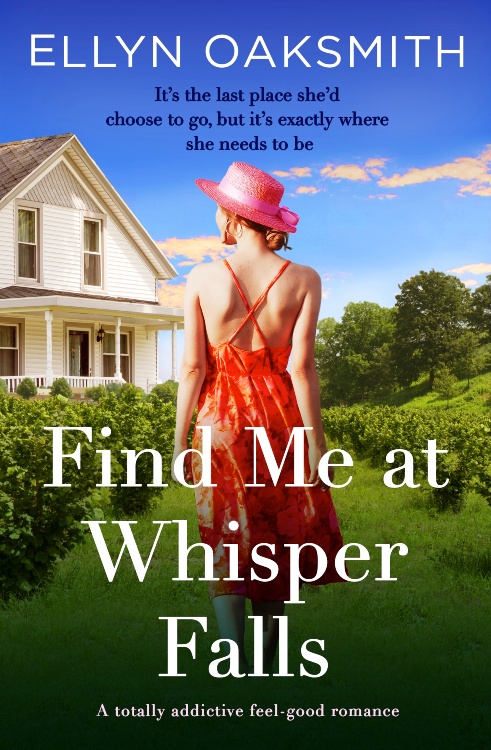 Meet Me at Whisper Falls by Ellyn Oaksmith is out now.

Ellyn Oaksmith is the USA Today and Kindle bestselling author of the Blue Hills series, featuring the Alvarez family. After graduating from Smith College and attaining her MFA from The American Film Institute, Ellyn began her writing career as an award-winning screenwriter in Hollywood. Her books explore the same themes as her screenplays: grit, humour, family and love. Ellyn lives on one of Seattle's many hills with her husband and spends as much time as possible on the water as part of a competitive rowing team.

MORE FROM BOOKS: Seven things readers may not know about me, by Rebecca Griffiths