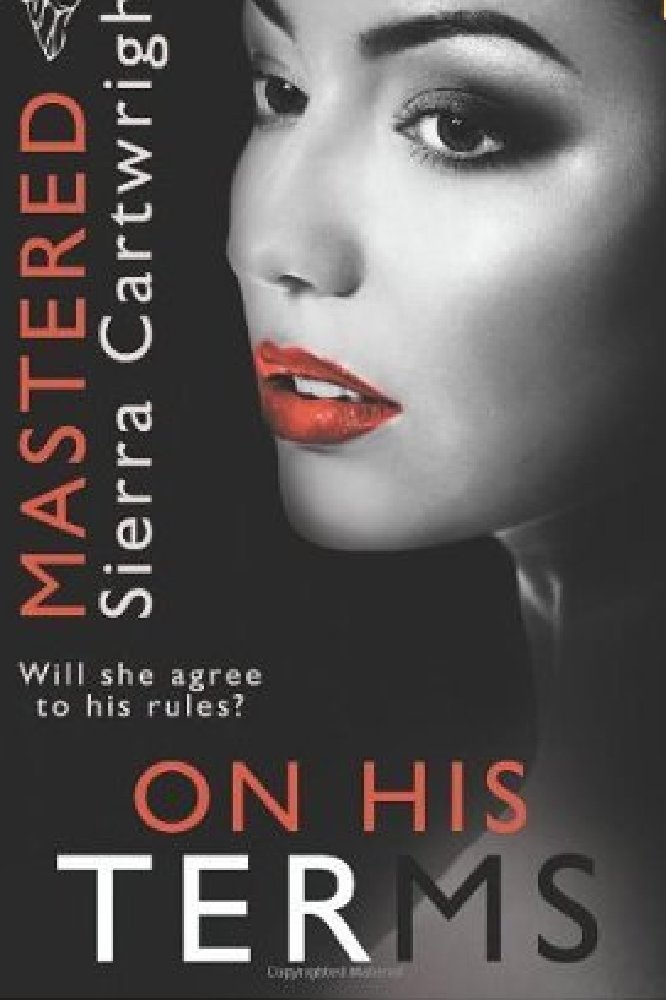 What can you tell us about your new book On His Terms?

I think all intimate relationships can be a bit messy emotionally. It would be nice to think we always know exactly what we want and how to get it. In my fantasy world, I never question myself. And when I get what I want, I sit back and celebrate it.

Turns out, I often question myself. Am I doing the right thing? Is this what I want?

That’s why the idea for On His Terms intrigued me from the beginning. I adore complex characters who are somewhat flawed and have room for growth. Chelsea Barton is a bit like me. (Or maybe I’m a bit like her. Only her best personality traits, of course!)

In addition to being headstrong and ambitious, she’s resourceful and determined. She owns her own PR firm and has more than a fangirl crush on rocker Evan C. Signing him to a contract would give her the professional success she craves.

That leaves her more resolved to ensnare him not only as a client, but also as her Dom.

What could be more perfect? So she launches Project Snag Evan C.

She’s convinced that if Alexander trains her, she’ll be the perfect sub for Evan C.

Though he’s captivated by Chelsea, Master Alexander no longer trains submissives, and it takes some convincing on her part to change his mind.

What happens after that is complicated.

Chelsea begins to question herself. Is Evan C really who she wants? If so, why is she reacting to Master Alexander they way she is? If she is falling for her trainer, what does that mean for her career?

As for Alexander, no other sub has affected him the way Chelsea does. How can he train her to be the perfect sub, only to turn her over to another man?

Chelsea and Alexander’s journey is fraught with hot sex and complicated emotions, just like many of our lives are…

The story has two dominants and one submissive, so where did your inspiration come from for this tale?

Promise not to tell? The idea of two sexy Doms wanting me is a personal fantasy. But I recognise that, in real life, wanting two men could be quite complex. I wondered how I really would sort that out. I needed Chelsea to be a strong individual, someone capable of resolving this conundrum. I also knew it would test everything she believed and thought. I love putting characters in challenging situations. So that meant Alexander needed to develop an affection for this particular sub. Because of how deep she is, how fiery and resolved, she’s going to cause him to feel restlessness. Even though he’s trained dozens of subs through the years, he’s never struggled with turning one over to another Dom. Well, until Chelsea.

Chelsea is not good at being the submissive at first, so do you think the dominant/submissive relationship is one that is naturally within a person, or do you believe it needs work to perfect?

Spectacular question! I think all relationships are unique. And sometimes we don’t even know what’s inside of us until we give it a go. I’ve talked to Doms who’ve always known they were Doms. And one told me he really didn’t know he was until he was with a submissive who encouraged him. Of course, he’d always been a natural leader, so it didn’t take much for him to step into the role.

The submissive question is really interesting. I think many individuals do know, or at least suspect. One Dom told me there are two types of subs, one who knows it and the other who will know it. I thought that was a bit cheeky.

There are all sorts of personalities and different D/s dynamics from bedroom-only to 24/7 relationships and everything in between. I have many friends who are submissive in the bedroom, but in the real world, you’d never suspect. Some are stay-at-home mums, but one thing they have in common is that they are successful, and many have high-powered jobs. Even when they’re with their Dom in public, you might not suspect the nature of the relationship, unless they had an outward sign, like a collar. Just like no vanilla relationship is the same, no D/s one is, either.

Respect the genre and your reader. Readers are smart and savvy, and they know good characterisation, storytelling, and plot lines. They expect you to give your best, do your research and deliver on the promise of a great book that takes them away from their everyday lives. He or she is putting down hard-earned money for your work, make it worth the investment. Entertain her. Remember you are writing for her. Also, not everything you write will resonate with every reader (as painful as that is), so don’t let that get you down. Show up and do your best every single day. If you’re uncomfortable in the genre, it will show.

There are six books in this series, so what do you see beyond these?

It will be difficult to leave the Den. I love the Doms, I adore Gregorio, and there are so many characters whose stories I would like to write. But next up is a brand new series, at least four books, potentially six, with continuing characters, meaning it will be the same hero and heroine in all the books. That will be a new and exciting challenge for me. And I’m always ready to reach for something new. Bring it on!

Love this question. I think the success of Fifty Shades of Grey has helped sculpt public opinion a bit. At one time, I might not have told people exactly what kinds of books I write. But now I do. Fifty Shades has helped craft a new type of language. The other day I even told my doctor I write books similar to Fifty Shades. It can open up some fun discussion. When people raise an eyebrow or make a funny comment, I laugh along. Life is serious enough, and I am very serious about my craft, but I love to have fun. And good-natured teasing doesn’t bother me in the least.

There are so many fabulous writers out there right now who are creating compelling characters and reads. I feel a bit spoilt for choice. For my “take me away” moments, I reach for Sylvia Day, Desiree Holt, Annabel Joseph, J Kenner, Sindra Van Yssel, Kallypso Masters and always Maya Banks.

I find the longer I write (meaning number of years), the slower the process. That seems a bit backwards to me and, honestly, it’s a bit frustrating. I keep thinking I should have it figured out and that experience should equate to a greater word count per day. But it doesn’t. I tend to ponder ideas longer, tweak them, revise, go back to add more and more layers of emotion and complexity. It really matters to me that I create flawed and deep characters who are a reflection of the struggles we face on a day-to-day basis. I write almost every day. I do long, detailed synopses. I also have a folder for this series that has character descriptions, a synopsis of each book, a drawing of the Den, and a concise one sentence summation of each book. I keep a spreadsheet of words per day. And I really hate the days I go backwards on word count!

Longer, longer, longer books. My fans are asking for longer reads from me, so that’s what I’ll be working on. I love this genre and I love my Doms. So you can expect to see much, much more from me in the future.

She was previously published with Harlequin/Silhouette under a different pseudonym, and won numerous awards as well as a coveted spot on the USA Today bestseller list.

Last year, she was delighted to be among the launch authors for the exciting Clandestine Classics imprint from Total-E-Bound. The project generated international interest, and her contribution, the expanded Jane Eyre, was featured in segments on such shows as Jimmy Kimmell and Anderson Cooper Live. Time Magazine, Entertainment Weekly and numerous other online sites also wrote features about the provocative new book.

Cartwright has been interviewed by Handbag.com, the Daily Mail, USA Today, and she did a segment for the Orlando Fox affiliate with Chase Cain.

With This Collar, the first book in the six-book Mastered series from Total-E-Bound reached #1 on the Amazon UK bestseller chart, and #3 in the US Amazon Kindle bestseller list. 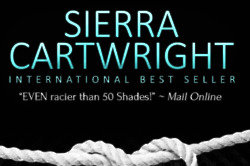 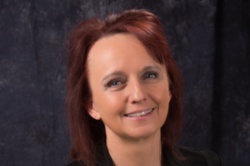