'Toxic' hitmaker Britney Spears has dyed her hair purple and admitted she went for the sudden change of style because she was "very bored".

Britney Spears has dyed her hair purple because she was "very bored". 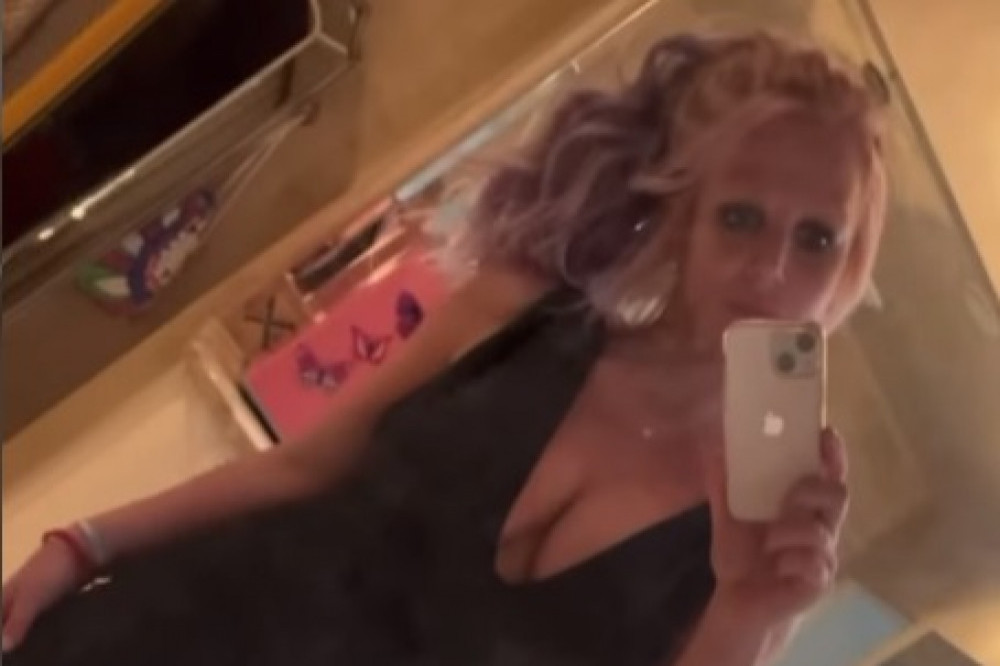 The 40-year-old star has unveiled her newly coloured locks on social media and revealed she was inspired by her "nail girl" who suggested the change of style.

Sharing a video of herself set to Cyndi Lauper's hit 'Girls Just Want To Have Fun' as she posed in a plunging $100 dress, she wrote: "Here’s me with purple hair.

Her followers certainly approved, with the comments flooded with messages of support from her fans.

One wrote: "LOVE that purple!"

Another said: "Love the purple hair."

And a different fan replied: "Love it BRITNEY you are stunning!!! Love you!! (sic)"

Her post comes after Britney's sister Jamie Lynn Spears responded to Britney's decision to send a cease-and-desist letter over her promotional interviews for her memoir ‘Things I Should Have Said’ and questioned how the 40-year-old pop star can claim to be taking “the high road” when she continues to share inflammatory comments on Instagram.

In a letter obtained by TMZ, Jamie Lynn’s lawyer, Bryan Freedman, criticised Britney for creating an unsafe environment for her sister and her children, highlighting recent posts on the ‘Circus’ singer’s Instagram account that claimed she should have “slapped” her sibling and their mother “right across your f****** faces” and “whipped [Jamie Lynn’s] a*s”.

The note stated: “In your Letter you state that Britney is going to take the ‘high road.’

“As you know from previous social media posts, Jamie Lynn has had her children violently threatened, and we have no doubt that these new intimidating and threatening social media posts will lead to similar threats of violence.

“To be clear, social media posts that include cyber bull[y]ing which cause death threats to Jamie Lynn and her family, is neither the ‘high road,’ nor anything that will be tolerated.”

The lawyer also noted the letter had been issued before Britney and her lawyer, Mathew Rosengart, had even read the book and claimed it “fails to specify any legal wrongdoing whatsoever".

It went on to slam the ‘Sometimes’ singer’s accusation that Jamie Lynn had “no right to tell her story” because the 30-year-old star is also “a member of the Spears family” and has “suffered through her own experiences and her own trauma”.

Jamie Lynn’s lawyer insisted his client “wanted nothing more than to help her sister” and portrayed Britney in the book as a “kind, supportive and a protective sister”.

In her letter earlier this week, Britney’s team asked Jamie Lynn to stop discussing her life and struggles when giving interviews to promote the memoir and claimed the book featured “misleading and outrageous claims” about the ‘Gimme More’ singer.