Status Quo frontman Francis Rossi has undergone cataract surgery after fearing he'd have to give up his career due to his failing eyesight.

Francis Rossi has undergone cataract surgery after fearing he'd have to give up his career due to his failing eyesight. 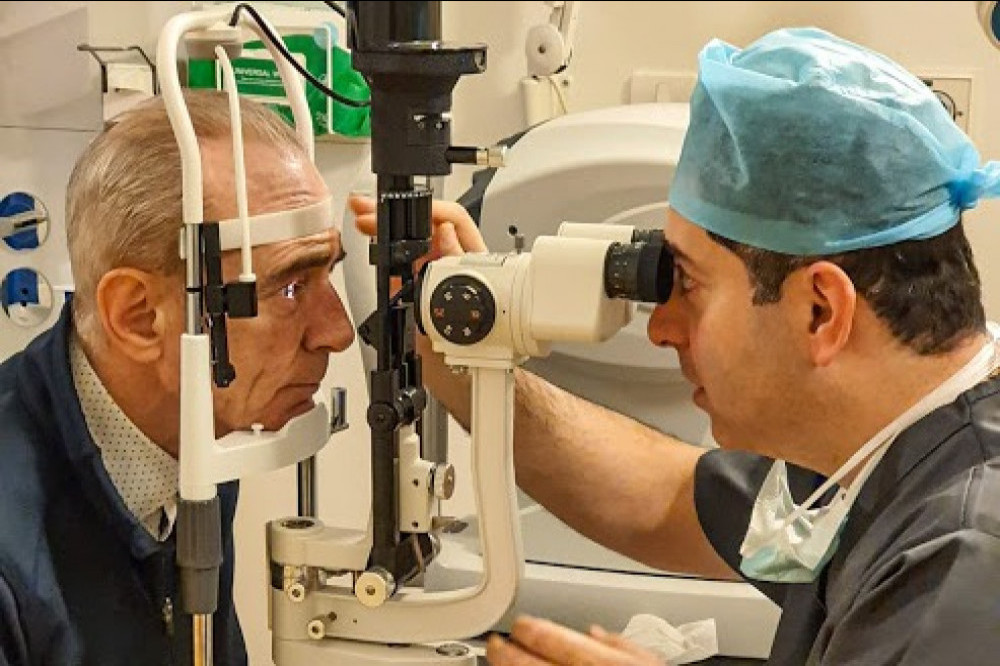 The Status Quo frontman had the operation earlier this year after his vision grew increasingly dim and blurred and he worried stage lights would impact on his performance, so he's relieved things are much brighter and more "comfortable" now.

He said: "“When I’m practicing I just play, I don’t really think much about the fretboard. But when you’re in public you don’t want to mess up.

“I’d go to soundcheck, I’d go to rehearsal – all lovely. But I’d always forget that if the lights above your head on stage change colour or mood it’s like the fretboard bloody moves.

“Now I have no issue with seeing my left hand or with the fretboard moving, it’s far more comfortable.

“I did a tour where I had to use glasses to read lyrics.

“I went out on stage one night and I was thinking, ‘There’s something wrong here’. Everyone was looking at me like, ‘What are you doing?’.

“Then it dawned on me, ‘Oh s***!’. I couldn’t start until someone brought the glasses on stage. That wouldn’t be a problem any more.”

The 71-year-old rocker insisted the procedure - which involved replacing the clouded lens behind the iris with an artificial one - wasn't as scary as it seemed and urged people not to be frightened of going under the knife if they're experiencing similar issues.

He said: "I went to the London Cataract Centre to see surgeons Mr David Allamby and Mr Samer Hamada.

“They said it was cataracts and I put my trust in them because I like them. It was quite miraculous when they’d done the job.

"When the doctors explained what they were going to do, I was thinking, ‘Don’t f***ing explain it because I’ll be out of here like a shot'...

"Whenever you hear people talk about cataracts it’s almost like someone saying, ‘You’re going to have your testicles cut off’.

"But the thing people should realise is it’s so bloody quick, it only takes a couple of minutes. If all surgical procedures were that quick I’d have everything done.

"For my generation, any work on your eyes might leave you thinking, ‘I might not come out of this, I should be measured up before I go in and book a plot in the churchyard.'

"But this wasn’t like that at all. I cannot recommend it enough. After I’d had it done I walked around my house saying, ‘F*** me, it’s bright in here’. The kids were looking at me wondering what the matter was.”