Queen Elizabeth joined her son Prince Edward in a surprise appearance to open the Elizabeth Line on the London Underground on Tuesday (17.05.22).

Queen Elizabeth made a surprise appearance at the official opening of the Elizabeth Line. 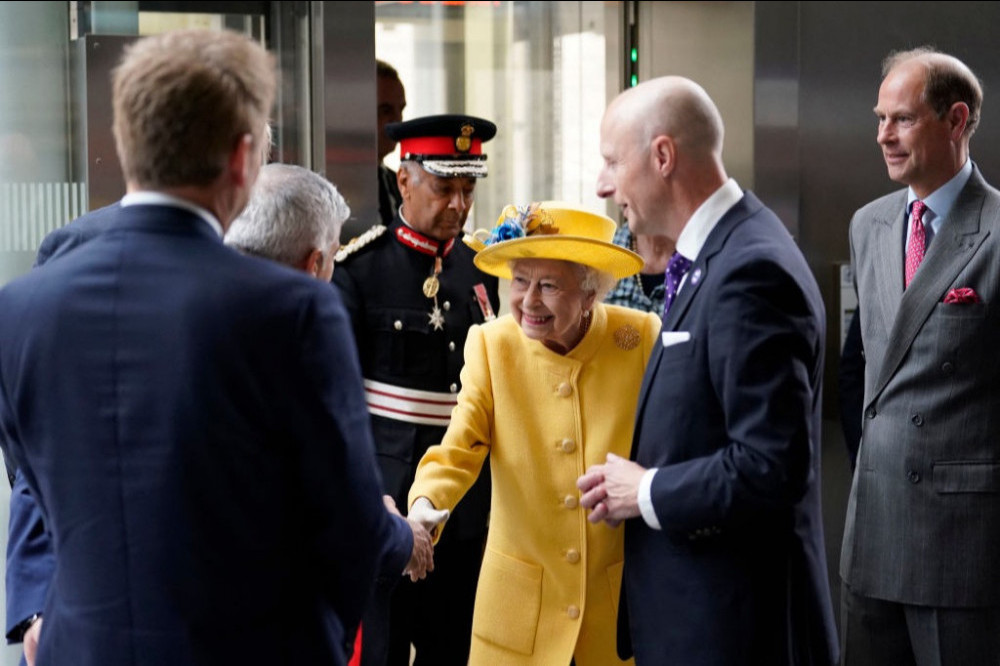 The 96-year-old monarch smiled broadly as she joined her youngest son, Prince Edward, at Paddington Station on Tuesday (17.05.22) to mark the completion of the London Crossrail line named in her honour, marking her third public outing in just five days, following two visits to the Royal Windsor Horse Show on Friday (13.05.22) and Sunday (15.05.22).

The queen - who has been suffering from mobility issues in recent months - was not scheduled to attend the event but was keen to be there and felt well enough in the morning to be able to join the Earl of Wessex.

More than an hour before Edward was due to be at the station, Transport for London staff removed the plaque he had been due to unveil stating he had opened the line and replaced it with one - situated eight inches lower to reflect the difference in height between the monarch and her son - saying it had been opened by the queen.

A Buckingham Palace spokesperson said: "In a happy development Her Majesty the Queen will attend today's event to mark the completion of the Elizabeth Line. Her Majesty was aware of the engagement and the organisers of the possibility she may attend."

The queen and Edward were welcomed by Prime Minister Boris Johnson, Transport Secretary Grant Shapps, and London Mayor Sadiq Khan before meeting with staff involved in the Crossrail project and those who will be working on the Elizabeth Line.

The monarch was due to buy the first ticket for the line using a commemorative Oyster card topped up with £5, but declined the opportunity to travel on one of the new trains, leaving Edward the honour of being the line's first passenger, travelling to Tottenham Court Road and back.

The Elizabeth Line is the third opened during the queen's 70-year reign named after the royal family.

In 1969, she travelled in the driver's cab when she opened the Victoria Line, while the Jubilee Line was named in honour of her Silver Jubilee, but didn't open until two years later, in 1979.