A hand-drawn sketch of Donald Duck by Walt Disney is set to be auctioned off in Los Angeles. 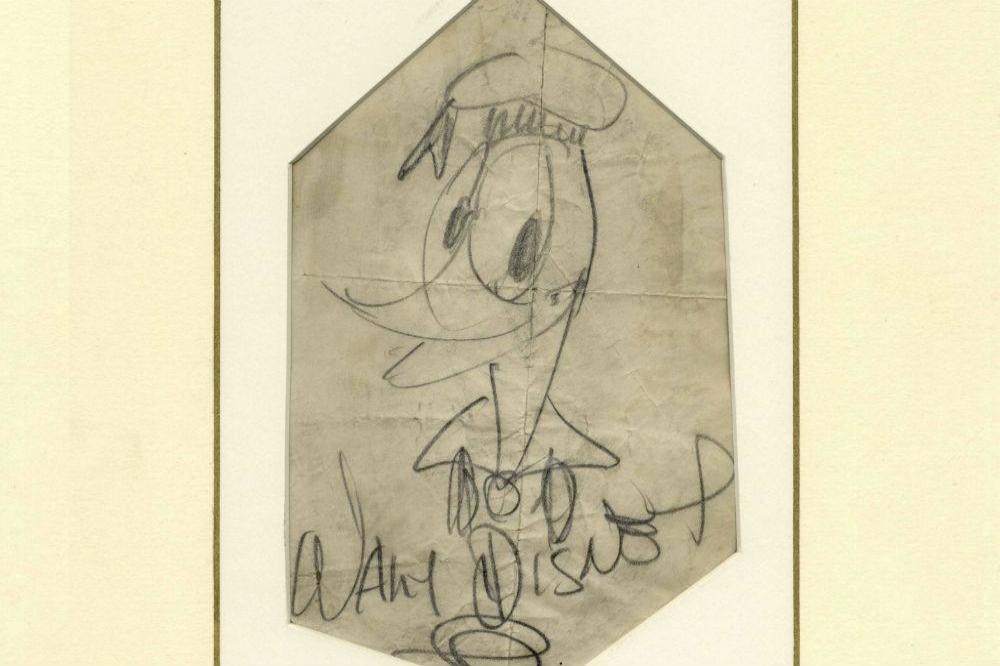 The rare item - which also features the signature of the American pioneer - is to be sold by Nate D. Sanders Auctions on Thursday (30.08.18), with bidding set to begin at $7,900.

Explaining why the item is so special, Nate D. Sanders auction manager Michael Kirk said: "It's rare to find a Donald Duck illustration hand drawn and signed by Walt Disney himself.

"Disney famously delegated almost all animation work to his team of talented animators, making this piece very unique and collectable."

Disney - who created Donald Duck to be Mickey Mouse's companion - signed his name at the bottom of his pencil drawing, which is 5.5 by 8.5 inches in size.

News of the auction comes shortly after Disney announced plans to create a Mickey Mouse exhibition to celebrate his 90th Anniversary.

It was revealed that a new pop-up interactive art exhibit - which will include work from British artist Michael Bosanko and celebrity photographer Rankin - named 'Mickey: The True Original Exhibition' will be opening in New York in honour of the cartoon icon's birthday.

Bob Chapek, Chairman of Disney Parks, Experiences and Consumer Products, said: "As Walt said, 'I only hope that we never lose sight of one thing - that it was all started by a mouse'.

"From 'The True Original Exhibition' to a year-long celebration in our parks around the world, we are honouring the deep connection that families and fans have made with Mickey and Minnie Mouse for nearly a century."

Meanwhile, Darren Romanelli, who curated the project, said: "To me, Mickey is reminiscent of everything good from my childhood. As I've come into my own as a designer, I feel a true sense of passion for this project.

"Every inch of the experience - from the artists participating to the different mediums featured to the building layout, was thought through with a level of detail and creativity we could only achieve with Mickey Mouse as our muse."