Wayne Rooney has shared the first picture of his new baby son Kit on Instagram.

Wayne Rooney has shared the first picture of his new baby son. 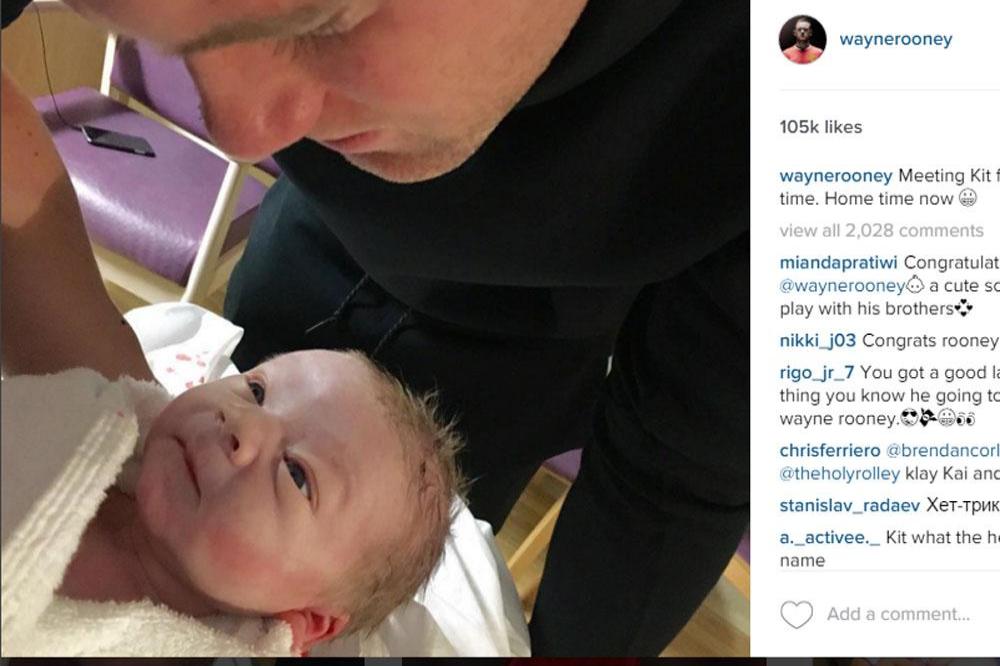 The soccer star and wife Coleen Rooney welcomed Kit Joseph - a brother for six-year-old Kai and two-year-old Klay - into the world yesterday (24.01.16) and have now brought the new addition to their family back home.

Wayne shared a picture of himself gazing down at the tot on his Instagram page alongside the caption: "Meeting Kit for the first time. Home time now (sic)"

Both Wayne, 30, and Coleen, 29, broke the happy news of their new baby's arrival on Twitter yesterday.

They shared the same post on their accounts, which read: They each tweeted: "Our gorgeous little Boy arrived today!! Kit Joseph Rooney .... 8Ib 1oz. We are all over the moon!! (sic)"

Just last week Coleen updated her fans with the fact her baby was "too comfy" and hadn't yet been born.

The fashion designer, who married childhood sweetheart and Manchester United star Wayne in Italy in 2008, confirmed last July she was pregnant with her third child after fans began speculating she had a baby bump in a recent image of her wearing a bikini in the Bahamas.