The eldest of three fabulous TV sisters, Kourtney Kardashian dishes the dirt on her siblings revealing what causes most fights and who the biggest bully is...

But I suppose a lot of people wouldn't actually expect you to be working 'hands-on' in the shop...

Right! People are like shocked that we're there, but I love the stores. They got me through some hard times, like I opened the kids' store with my Mom right after my Dad died.

It totally helped take my mind to a different place and I just became obsessed with the store. When I'm not there, I'm constantly emailing the girls that are there asking what's going on and they're asking questions all day long - we're all really involved.

So, you're the eldest Kardashian sister - what have been the advantages and drawbacks of being older than Khloe and Kim?

I was thinking of that yesterday! When we were growing up I could boss Kim around - she threw me a surprise party once and I was such a little bitch.

She threw me this party with all my friends at a house in Palm Springs and I when I got there everyone was like, "surprise!" and I was so rude to Kim. The whole weekend I was really mean to her, and like, bossed her around.

We were on a golf cart and Kim was rollerblading behind it - we started throwing grapefruits at her! We were such evil little teenagers. I must've been like 13 or 14 but we were so evil.

It was like, because she's your little sister it wasn't cool to hang out. So I was thinking yesterday, "I was such a bossy older sister!" I think I sometimes play the younger sister though, and Khloe, the youngest, sometimes plays the eldest.

Khloe, a lot of the time, she'll try to act like she has it all going on and she's so tough - I'll let her do that, but then sometimes when we travel together, she's like "come on, little girl" and she talks to me like I'm six years old. It's really funny. We all kind of have our roles, but it's kinda cool.

It's quite interesting, what you said about Khloe, because we spoke to her recently and asked if there was any question she'd like us to put to you on her behalf - she wants to know the things you truly love and hate about her...

I can tell you what Khloe loves and hates about you if you like!

Well she doesn't think that you're always yourself on camera - she wishes you were less shy during filming sometimes, but she loves how small you are - she wishes she was your height because she thinks you're really cute!

You know, one time I made Khloe stand at my height and it looked so weird. I'm like 5'0" tall and one thing that annoys me is people calling Khloe a 'giant' because she's like 5'9", but that's just normal - most women would die to be her height!

So anyway, when she's there stood at my height just looking all around her, she's like "it's so... weird." She looked so weird - I was like, "you could never be this height, it just doesn't go with you!"

I love that Khloe is actually really sensitive, though you don't really see that on the show. She acts tough for the people she really cares about and she'd do anything for anyone.

Like, if I ever needed anything from her, she'd do it in a second - and she gives really good advice, she's good to talk to. She's younger than me, but I feel like I could ask her things like she's been living for a million years longer than me.

But what are my pet peeves about Khloe? Hmmm... Well, Khloe and I live together so I guess we spend a lot more time together, but one thing is that she used to be a liar! But I think she's kinda changed now; we're around each other too much for her to get away with it.

You obviously have really good relationships with both of your sisters - do you do all your fighting off-screen?

Well, we only ever really want the best for one another. The only thing that Kim and I ever really fight about is clothes - it's so stupid and catty I know, but we've done that our whole lives.

We're only like 18 months apart so we've always shared our clothes. It caused so many fights growing up. I mean, thank God we don't wear the same sized shoe!

But what about guys - I bet they've caused a few fights haven't they?

Never! I think we all just have such different taste in guys that luckily it's never caused a problem. I think we're also all really respectful of each other and we know how to act in front of each other's boyfriends.

We're always ourselves, but we spend so much time together that they kind of become part of our family. Like, with Reggie [Bush, Kim's partner], Khloe and I are really silly with him, but like funny - we don't try to act sexy with him or anything. That's not something we'd ever do.

And finally, I think we'd all like to know what you think your future holds...

Hmmm... Well I am turning thirty this Month. I think I can see us expanding our stores and opening more of them - take everything to the next level. We've always wanted to do a clothing line and I personally love doing stuff with my sisters; I think it makes the whole process that much better.

I think we'll just continue on the road we're on - I can see us doing this show for a few more seasons and I think, beyond all this Hollywood nonsense, you know, we all want to get married... and have kids... and have houses next to each other! But, you know, maybe without the cameras someday...

Keeping Up With The Kardashians, Sundays at 10pm only on E!
Entertainment Television (Sky: 151/ Virgin: 156)

Tagged in Kourtney Kardashian Keeping Up With The Kardashians 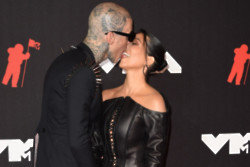 Kourtney Kardashian is 'relaxed' about her wedding plans 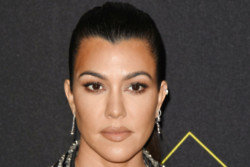 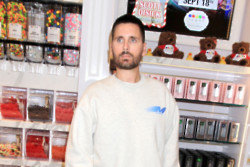