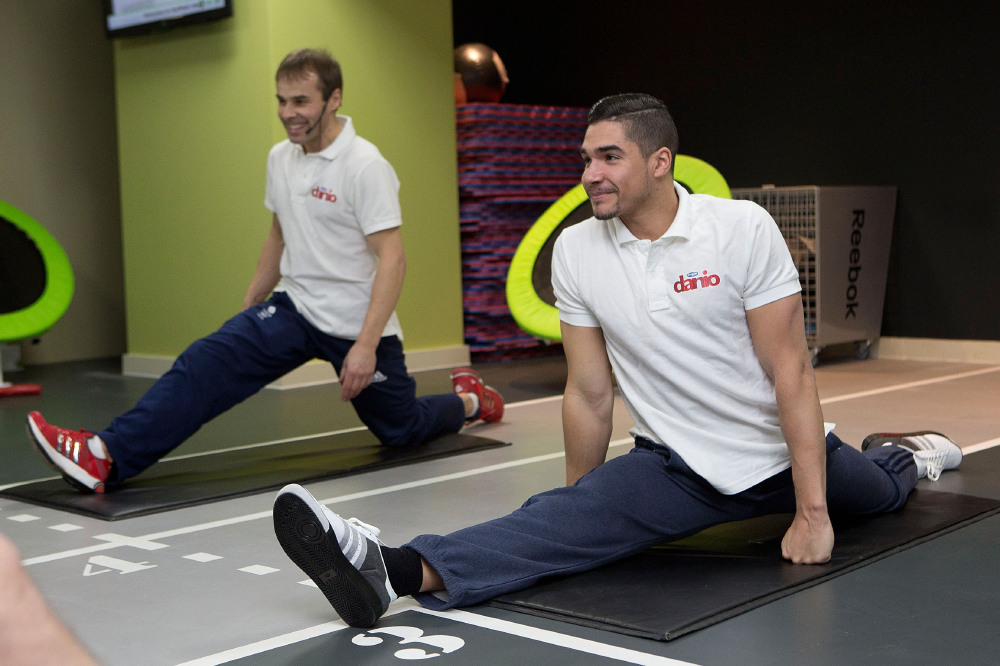 Louis Smith was one of the posterboys of Team GB’s incredible Olympic triumphs, with the gymnast the head of the best British gymnastic performance ever.

That wasn’t enough glory for the now MBE, as he then foxtrotted his way to glory on the dance floor in Strictly Come Dancing, looking rather good in a sequined shirt as he went.

Now he’s the face of Danio, a new super think yogurt from Danone, and we spoke to Louis about both his sporting success and Strictly.

So, you’re working with Danio, can you tell us a bit about it?

It’s a fantastic product and it really works with what I do as a sports person. It’s very low in fat, has nothing artificial in it and a great amount of protein, so someone like me who’s active and interesting in building muscle it’s perfect. Also, it’s a great snack. You don’t really get that, a great healthy snack. People might think a Mars bar is suitable, but really this is far better to keep you going until your next proper meal.

We all remember your performances at the Olympics. What was it like being at the centre of that?

The Olympics for me was incredible. To have the opportunity to do an Olympic games in your home town was unbelievable. I mean it was nerve wracking for all the British athletes but I think we put on an amazing games and the country got really behind it. To be able to win two medals with my friends and my mum there was so special. 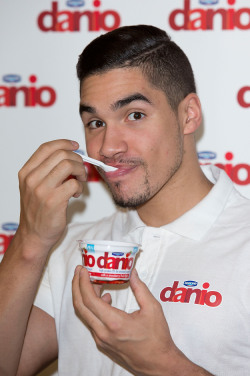 Louis seems to be enjoying his snack...

You were just pipped at the post by your good friend Krisztian Berki for gold. Did that put any strain on your relationship with him?

No, not at all. I’ve beaten him, he’s beaten me. To do the routine I did under that pressure, knowing it could go one way or the other, I’ll take that every day of the week. I did a fantastic routine, the best one I’ve ever done in my life and to do that in the final at an Olympic Games, I’m very happy with it.

Have you gotten back into training yet?

I’ve not got too into it at the minute. I went back into the gym to do a bit of filming and got back on the pommel horse. That didn’t end too well. Or start too well. But I’ve been working out where I can, be that my bedroom, or in a hotel when I’m travelling, just so I can get those little sessions in.

A lot of people talk about the ‘Legacy’ of the games. What do you think it will be?

I think it’s up to the people like me and the other Olympians to keep that legacy going. Obviously the government have their responsibilities to, but so do we. For example, I’m going on tour around school in April talking to kids about my gymnastics, my journey.

We’re also trying to organise a Louis Smith summer school for kids to get involved with during the holidays that would be really unique. That’s what I think the legacy will be, it will be the people who watched us going out there and getting involved.

They’re very different the sports world and the entertainment world. Strictly was probably the best thing I’ve ever done as a result of my sport and it was life changing. I made so many great friends on the show and I really do genuinely miss it.

Have you been able to use any of those moves after the show’s ended?

I don’t know where I could use my tango in everyday life. I sometimes get little flashbacks if I hear a song I danced to on in the background. I remember when I was out at a bar with some of the Strictly crowd and the Dirty Dancing song came on, so naturally I tried to do the lift with Dani Harmon.

Has it been weird being thrust into the media spotlight?

The people reference me as a celebrity feels so strange, I really don’t class myself as one! I just feel like little ol’ Louis who did well at the Olympics. I don’t feel like this star so it’s so strange to be in this world. Nothing really prepares you to handle situations like this and I’m just making the most of this opportunity I’ve got. Apart from working with Danio, I’ve got a book coming out on July 4th, I’m in talks with TV shows. It’s a fascinating world to be a part of, but I’m really enjoying it.