10 Things that make me laugh by Hardeep Singh Kohli

Hardeep Singh Kohli writes a piece for us ahead of his new show You-Topia at the Edinburgh Fringe Festival.

My answers are as follows. 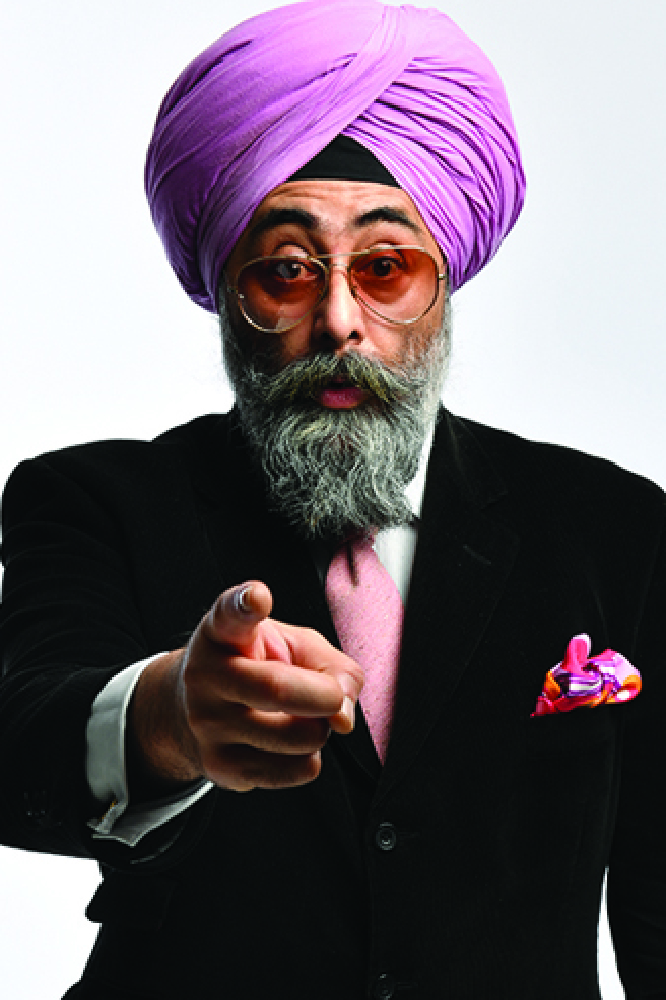 Asking a comedian what they find funny is not as straightforward as it might seem. Like a chef, we pick through the food and either offer opinions as to what is wrong or wonder how they created something so sublime. Without the brilliant Billy Connolly I, and a sizeable cohort of my contemporaries, would never have thought it possible to take to the stage. To watch the effortless elegance of Sarah Millican, the room comfortable captured in the palm of her hand, one leaves wondering if there is any point in ever doing a show again. I’ve also made the mistake of spending my pre-show Fringe afternoon watching Stewart Lee, causing a profound existential crisis about my own ability.

For me, now more than ever, comedy is crucially important to the world. Whilst satire might struggle to lampoon the political pandemonium of the age, unable to be funnier than the nonsensical events unfolding at present, comic minds are compelled to at least attempt to apply their craft to the cacophony of chaos from Trump to Brexit. For those not so disposed (not all of us are consumed by constitutional comedy) I think we all agree that we could do with a blessed escape from this harshest of realities.

For me, the best comedy will always be delivered by those that love language, can wow us with words, flirt with phrases. I grew up with the brilliant writing of The Two Ronnies, the surreal scripts of Blackadder and the sorely missed genius of the inimitable Victoria Wood. In terms of the contemporary scene, Tez Illyas is as clever as he is hilarious; Ellie Taylor combines brilliant material with consummate stagecraft; and Romesh Ranganathan just cracks me up, every time.