From A Nightmare on Elm Street to Inception: Six greatest films about dreams and nightmares

Some of these movies about dreams will leave you struggling to shut your eyes tonight.

Dreams; we all have them, and yet they are mysterious, baffling and often far too intimate for the outside world. No wonder, then, that so much fantasy and horror has been written about them. These six movies are some of the most well-known flicks about the world of dreams…

Wes Craven’s iconic slasher franchise began with this gory creepfest starring Johnny Depp in his first ever role as well as Robert Englund as the famous Freddy Krueger. This film is all about the mutilated spirit of a child killer who appears in the dreams of a group of teenagers on Elm Street and kills them in their sleep with the blades on his gloves. The only way to evade him is to stay awake. It’s an extremely important part of horror history, and only last year was selected for preservation in the United States National Film Registry by the Library of Congress.

Whether you understood the film fully or not, it has to be said that Christopher Nolan’s sci-fi thriller starring Leonardo DiCaprio is quite the masterpiece, and well deserving of its Oscars for its visual effects. It’s all about a group of people who dream-sharing technology to extract information from business people for other corporations, as well as implanting ideas to attempt to control their waking decisions. It deals with the concept of false awakenings, and by the end you’re struggling to work out which is a dream and which is reality.

Sleep paralysis is one of the most terrifying experiences a person can have in the safety of their own bed, which makes it perfect subject matter for horror movies. Slumber sees a sleep doctor (portrayed by Maggie Q) discover a demonic entity known as nocnitsa when she meets a family dominated by it. Sleep paralysis is one thing, but when the whole family start experiencing the same things, it becomes clear that something is trying to make them suffer.

Edgar Wright’s latest movie Last Night in Soho presents an interesting take on dreams vs. reality. A young fashion designer named Ellie obsessed with the 60s is transported to that era in her dreams, where she follows the life of a budding singer named Sandie. In her waking hours, Ellie draws inspiration from Sandie’s wardrobe for her own designs, but soon her dreams start infecting her reality when she begins hallucinating and it becomes clear that these apparitions aren’t just figments of her imagination.

Steven Spielberg’s glorious adaptation of Roald Dahl’s cherished children’s tale is all about a big friendly giant who uses his dream-trumpet to spread good dreams to children at night. He can also create nightmares, though these are only used for good. It’s a much-loved movie that may not have been a big award winner, but certainly captured the imaginations of children everywhere.

MORE: What does it mean to dream about ghosts?

Another horror flick, Before I Wake (also known as Somnia) follows the story of a traumatised adopted child who has nightmares about someone called “the Canker Man”. He also has the ability to make his dreams become reality while he’s sleeping; a gift that starts off seemingly wonderful, but soons spirals into horrific nightmarish territory. 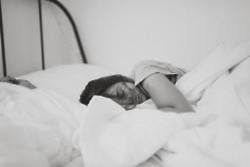 Sleep experts reveal the top ten dreams in the UK- but what do they all mean? 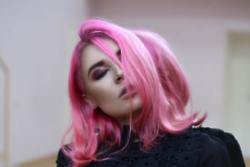 What does it mean to dream about the colour pink? 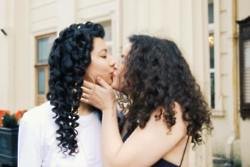 What does it mean to dream about kissing?