He plays a grieving widower in the show.

Ricky Gervais has revealed his dark comedy After Life will return to Netflix for a third series. 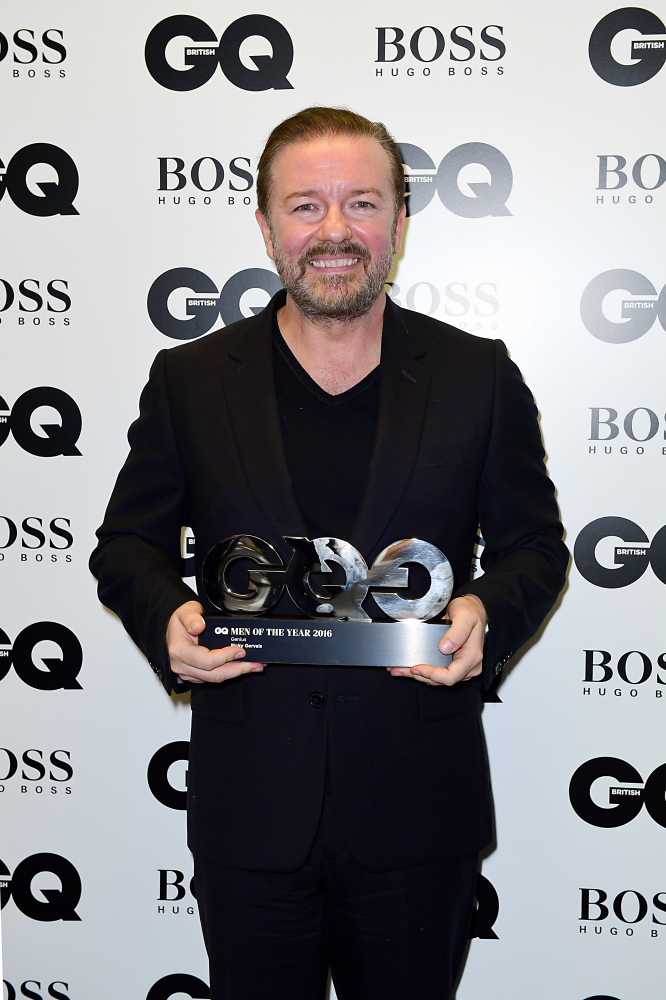 The comedian and actor, creator of shows including The Office and Extras, has also signed an overall deal with the streaming giant.

Announcing the third series of After Life, Gervais tweeted: "Because so many of you watched #AfterLife2 so quickly and made it Number 1 again, the nice people at @Netflix have suggested that I get off my fat arse and do another season. This is all your fault."

The Hollywood Reporter first reported Gervais's Netflix deal and said it was a "multiple-year" contract which will see him making new scripted shows as well as stand-up comedy specials.

Series two of After Life, which stars Gervais as a widower plunged into almost unbearable grief following the death of his wife, launched last month.

Before it arrived on Netflix, Gervais, 58, admitted he was open to a third instalment.

"For the first time ever ever, I would do a third series of this," he said. "I love the characters too much, I love my character, I love the world, I love the town, I love the dog.

"But, I wouldn't do one unless it was a really loud encore. So this has got to go down a storm next week and Netflix have got to call me and say 'you've got to do a third series because this has gone down a storm'.

"If that happens I definitely would."

Series one and two of After Life are streaming on Netflix now.